This last week has been amazing!

With commercial plots having only been available for 2 days, we are more than halfway to sold out. We saw a 50% increase in LVL prices, with most of the commercial plots being bought using LVL to gain a discount, and we’re glad we could provide a way!

In just over a week of Founder Starter Kits being available for sale, we have seen over 600 sold, too. In the same time, our website, http://www.psyber-x.com went live and is hinting at things to come. If you haven’t seen it lately, you should take a look. We even had an overhaul on our Studio’s website, http://www.royalreptilestudios.com, which we’ve been wanting to have done for a long time. The proceeds from the Founder Starter Kits made it happen. What else happened from the proceeds? We wanted to do this for a couple reasons.

Don’t worry. Our focus is on building the game. We have a large team of developers constantly at it! It is because of fellow Hivians that we are able to spread the news to you and keep updates coming while we make our progress here.

Hive Power isn’t the only thing we did.

With nearly all the commercial plots being purchased with LVL, we decided to do something equally awesome with it…We loaded…get this…3.5 MILLION LVL into the Liquidity Pools Rewards. This means if you’re hodling LVL like most of our anxiously waiting gamers out there, you’ll increase your LVL even more. We try to give back as much as we can, and this is just one of those ways. As of this writing, there is 5.4M LVL being given away over the next 172 days to people who keep Swap.Hive and LVL inside the LP. If you’re not sure how to do that, check out our post here: https://leofinance.io/@psyberx/website-is-live That + sign allows you to add liquidity to the pool and qualify you for the rewards from PIMP to THGaming, and even some Fart tokens, whatever that is 😊 Oh…and did you notice the average APR? 173% in this screenshot. We aren’t financial advisors and we don’t give financial advice, but I can tell you that a 173% APR means if you put $100 into an investment, after 1 year, it would be worth $273 because the return is $173. Now, if you were to talk to Eisntein…you know…Albert…he’d say you should compound your investment, but I’ll let you talk to someone else about how that works.

We are focused on a few things right now:

We’ve mentioned this before, but it is getting even closer, every day…
As seen here:

We are plugging in the finishing touches to make a bridge for people to buy LVL and PsyberX assets using ETH, BSC coins, and many other coins. This will allow for gigantic swaths of liquidity for gamers throughout the world to enter PsyberX. We want this to be as seamless as possible so that millions of people will play PsyberX, not just a mere couple hundred thousand. We’re paving the way for many games to be made and a foundation has to be in place before it all comes together. Part of that foundation is making sure that LVL becomes synonymous with Wax, Bitcoin, Ethereum, or even dogecoin. We are not imagining a world of 300K players. No. We’ve taken notes from the playbook of games gone before us who started with a million-plus players. When we see that Splinterlands, Hive’s most popular game, has 350K active daily players, it sets us off laughing. We’re building a game for millions…oh you saw that s? We mean it. We have great things coming! If you haven’t already “Followed Us,” you need to click that button now. February was exciting. March has been invigorating and we’re only 6 days into it.
Here's my recommendation (don’t take this as financial advice-I’m not qualified to give that to you): pick up whatever LVL you can find. When 1 million players come pushing through the city gates and @psyberx and @saltyreptile can’t sell any more LVL because of our obligations as listed in the White Paper, where will they get it? Scarcity is an economic curiosity, isn’t it? 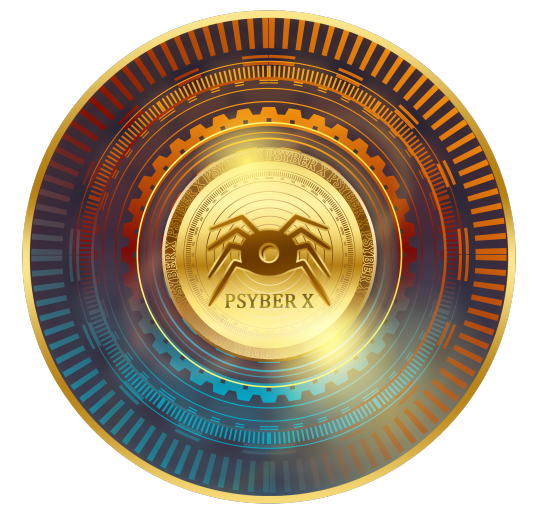 LVL Token can be found on the hive engine, or any hive dex. Unless noted otherwise, all images either belong to PsyberX, are in the public domain, or permission has been granted to use them. Please reach out to us in Discord if you have any concerns in this matter.

and the road to a whale is wide open😂
https://peakd.com/deutsch/@balte/wal-ick-hoer-dir-trapsen

I was a dolphin until I powered down hive to buy lvl - which is still happening🐬.

Every time I see a post, I get more hyped for this game. Wen alpha? lol

I'm so happy I got my plot of land even though I had to liquidate most of my LVL tokens (and some others) in order to do so.

Now I gotta find some way to build back better those 200k LVL, FAST! (wonder how much time I have?) lol! Super amped/hyped/jazzed/stoked/you name it!
Great progress, and congrats on such a successful launch of the founders goodies!

That is so cool! Keep developing!

Please make sure the game is secure against hacks and cannot be botted out. This is the downfall of basically all NFT games so far and it dissolves trust in the space. Splinterlands gave all the botters governance tokens so it will likely never be removed from that game.

I must get some tokens. Just checked he and I have 300 LVL. When I see this posts it assists me want to buy more tokens !

This power-up made me much more comfortable with investing in LVL. I might get even more from the market now. Thank you!

I m hyped at the term psyberverse already.
This is the verse we all waiting for. Glad to hold my kit and bonus.
Lvl to the moon

A million players is very ambitious target in crypto. Fine but let's not loose our heads if this requires some time to accomplish. Anyways I do believe that the million players could happen if the product seems so good as the current previews show. Let's go!.

I appreciate how the hype cycle is spread out. Always something around the corner. No dead air. This was well thought out.

To be fair i did sell 200k of my lvl token so i can MAJORLY got hard into the LP of HIve.swap:LVL, my own issue is now when the airdrop starts i wouldn't be able to use that lvl token to claim the crates
BUT IM VERY EXCITED AND LOOKING AT GETTING SOME LAND SOON

I'm glad I managed to get a starter kit! I am extremely excited about what we "don't even know" about the land! Can you drop a tiny hint??

Wow, half sold out. I bet these will be the most sought-after NFt's out there!

Yeessss! Major update! I got a microscopic plankton LP of SWAP.HIVE:LVL hahaha looking forward to the future updates!
!PGM