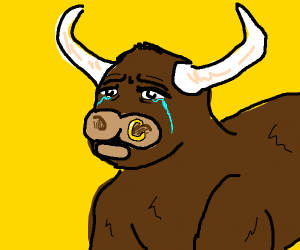 If there's one thing we can learn about this crash, it's that it's not happening at all as expected. We know something fishy is going on when LUNA crashes to zero and then Celsius accuses a hedge fund of being insolvent (which is potentially making them insolvent). Why are hedge funds so bad at their job? Isn't the entire point to have wide enough diversification that you're always in a safe an balanced position? Clearly many hedge fund managers have gotten super greedy over the years and find themselves in super awkward positions needed to make tough decisions.

Of all my predictions being wrong, this is the most surprising by far. During this most recent dump Bitcoin went from 46% dominance to 41.4%. Sure, a lot of that might be due to stable-coins (specifically USDC is still growing while USDT is in decline).

I've been told today that USDC isn't actually backed by fractional reserves, and that all of the backing exists in the form of liquid cash and short-term bonds. That's interesting, I had no idea. Theoretically even if the entire banking sector went belly up from bank run insolvency, USDC could still come out intact. God bless Blackrock and Vanguard!

Regardless of stablecoins messing with the dominance levels, anyone can see that Bitcoin is being outperformed during this dump by more than half of the alts, which is wild. Looking at the last 24 hours on the top 100, Bitcoin is in the bottom 20 in terms of percentage lost. That's a huge upset for Bitcoin, and it will be interesting to see if the trend continues.

It will also be interesting to see if Bitcoin maximalists keep trying to say, "I told you so," even after Bitcoin keeps bleeding dominance. At this point it's very clear that hedge funds, corporations, and other institutions were in way too deep on Bitcoin and now they are being forced to sell at a huge loss. We are seeing cascading long liquidations at these levels, and the alts are outperforming (which is crazy).

That being said the opportunity to buy Bitcoin under $20k is just too good. Definitely going to be buying at least a little and making sure to hedge more into stables so I don't get completely wrecked. A lot of the technical analysis all points to $14k being a potential bottom on like half a dozen metrics (Fibonacci retracement, weekly/monthly candles, that logarithmic rainbow thingamajig, etc). That's another 22% drop from here, but hell, I aint scared. DCA or get wrecked. We're not here to penny pinch 22%. We're here to go x1000 in ten years. At least that's what the diamond hands tell themselves, amirite?

I mean, honestly, who sells here?

Truly this is some hardcore volatility.

We are already down 74% from all time highs. WOW! Just wow. The crazy thing about that are all the comparisons to 2018, which is honestly nothing like this. This market needs buyers, and who's doing the buying? A small minority compared to the sellers. There simply isn't enough liquidity to handle this string of bad luck and potentially crippling recession on the horizon. Too much fear, not enough diamonds. Of course within that context a diamond hand actually sold when the price was high to support the lower level, which is a flimsy assessment at best.

Normally losses on the 'penny stock' caps like Hive and LEO would lose twice as much as Bitcoin, but here we see somewhat of the opposite, with my favorite bags only losing half as much as Bitcoin during this brutal cascade. Silver lining.

Already well I've been trying to write this post all day and I've been sidetracked like 5 times already. They can't all be winners. Let it be known that I'm making moves and battening down the hatches. Even though the price is depressing this is a very exciting time on a technical level. It was only a matter of time before all the garbage got flushed down the toilet.

Sir, you are making a mockery of Hive's upvote system.

hmmmm look at how much my blog posts make and reassess this angle.

More like Hive's API is making a mockery of itself.

BTC lost over 80% in the previous cycles.

This drop is still somewhat muted :)

previous cycles went 10x the previous all time high.
we went x3.5 this time
why is this constantly ignored?

And the pattern has been broken, BTC also priced below previous ATH.

And the pattern has been broken,

Yes, the pattern is obviously broken.
So stop using it.

We also have to look at over a decade of easy money and low interest rates, even with that the drop was over 80%.

Now with high interest and low liquidity and a shrinking global economy while too many people are already over extended, outcome?

Which one would you recommend reading first?

edicted's thumbnail game is on point

So true, and a good reminder.

i caught a nice entry at today's low but already exited and am placing some orders lower. i still haven't seen a strong bounce off the recent swing lows, so am expecting to at least revisit 17.5k. Let the penny pinching begin, lol.

Bitcoin is being outperformed during this dump by more than half of the alts, which is wild. Looking at the last 24 hours on the top 100, Bitcoin is in the bottom 20 in terms of percentage lost. That's a huge upset for Bitcoin, and it will be interesting to see if the trend continues.

Hive's performance has been quite impressive against Bitcoin, but the, overall trend is still Bitcoin gaining dominance if you zoom out past the few days. I think it'll continue, but we'll see.

don't worry it goes to zero

A lot of the technical analysis all points to $14k being a potential bottom on like half a dozen metrics (Fibonacci retracement, weekly/monthly candles, that logarithmic rainbow thingamajig, etc).

Looking good on paper, but did these predict that since $69,000.

HIVE is holding surprisingly, but LEO is in the gutter. I guess focusing more on the social side of LeoFinance(project blank) than the economical one(cub) would have benefited LEO more. Just saying...

I am watching and hoping to buy some ether at sub 1000$ and also Bitcoin at sub 20k, but it seems like a good time to buy a little here and a little there and then. I am not sure how much lower it can go, but I don't think that should stop me from picking up some now. I see only upside at buying cheap Bitcoin.