Why and How People Abuse and Plagiarise This guide is a revision of the previous post published by Steemcleaners.

Why do people abuse and plagiarise?

Everyone's situation is unique and individuals are motivated by a variety of things.

Many new users who discover the Hive blockchain, Hive, or one of the relating 3rd party projects take it at surface value and don't take the time to understand what it actually is. The idea of a decentralized content platform that rewards its users is a novel one.

Users who are interested in niche topics like #homesteading or #gold/ #silver naturally will gravitate towards first reading posts of that nature in which they'll see that the majority are in-depth original writings. Users that are interested in #news blogging or #cryptocurrency will look at other posts in those categories and see that many are copy/pasted, randomly tagged, or blatantly plagiarised. That leads the new user to believe that anything goes.

We speak to a lot of new users who are genuinely upset that they made themselves look like an abuser. They are particularly upset when their followers point it out to them as well as ourselves. Good people who just didn't know end up learning about abuse when they come on our Discord to ask about a comment or flag that was left on their post.

While we always try to not flag new users -- our goal is to spread awareness first -- at times it is very difficult to tell who a new user is and who is a repeat abuser on a fresh account in order to hide their malicious actions. There are many users -- probably many more than a genuine, honest user would imagine there are -- who only care about exploiting the Hive blockchain for rewards. They have no desire to get to know other users, to try and post original content, or to get engaged in any way. Many of them go around looking for and exploiting all the blockchain-based and cryptocurrency-based rewards-oriented projects they can find. They decide that Hive is easy to exploit and stick with it.

It's not for us to decide whether these individuals are "good people" in their day-to-day lives of the blockchain. For all, we know they are. On the blockchain and behind their computer monitors and phones, they exploit and lie with remarkable determination. The more extreme of these types of users are phishing hackers and botnet owners.

They steal the work of others, hide their abuses in many creative ways, and will manipulate anyone they speak to in order to get ahead. They often tend to try and exploit the goodwill of larger stakeholders in order to get upvotes. Sometimes they become stakeholders themselves. They are calculating and are responsible for the bulk of the abuses we deal with, much of it below the surface. Part of the problem lies in the fact that many users across the world have found Hive based on the recommendations of existing scammers. They've watched videos about the Hive blockchain and all the money they can make on it. The videos mislead the users and instruct them to plagiarise and commit other abuses all for the sake of getting a quick low-effort reward.

Many of these videos and courses are created by bot owners and money changers (users who "cash-out" Hive/HBD on behalf of others and then give them their local currency, taking a % cut).

It is in their interests that users make as much money as possible without getting to know the rest of the Hive community. When they onboard a user and keep him or her in the dark about the true opportunities available to them, they are creating a "customer" for their services who is also dependent on them. They profit off the effort of that individual.

This is far more common than many established users believe. We deal with a lot of honest individuals who become despondent and genuinely shocked that they were taken advantage of and tricked to do an activity that would otherwise be outside of their moral compass.

Now that we talked about the "why", let's address the "what". In this post for the sake of brevity, we'll focus on plagiarism. One of the core concepts around the Hive blockchain is the idea that content creators can join the community, share their work, and get rewarded. There is a wide range of brilliant content creators posting their work on the Hive blockchain. When users pass off the work of others as their own, be it photographs, articles, fiction, art, or anything else, they commit plagiarism.

Plagiarism is the appropriation of another person's work, be it text or image, without any attempt to give them credit. The goal of the plagiarists is to make it appear as if they are the source of the work.

Many serial plagiarists have honed plagiarism itself into an art form. They're very good at what they do and they plagiarise knowing that they either won't get caught or that they have built up such a significant reputation that others won't suspect them. Where caught, they become enraged and pretend to be shocked, putting on a great show.

Aside from the plagiarism we all know by now, they use a variety of specialized plagiarism techniques. Three of these are:

One type of plagiarism that particularly negatively impacts communities and users is deliberate plagiarism from offline materials. These can be books that haven't been fully digitized/translated, niche magazine articles, and writings by local people such as the work of fellow college students. The plagiarist is typically very meticulous in how they hide the fact that the information/intellectual property they presented was entirely stolen. The purpose of going to these lengths to hide plagiarism is to gain the curation of communities/projects like #ocd, #cervantes, and #curangel. This type of plagiarism takes a considerable of time to investigate. It also has a considerable detrimental impact on the communities it targets as well as on fellow users, many of whom more often than not consider the plagiarist as someone they got to know through "their" work.

Transcription is verbal content, such as a YouTube video, that is then transcribed in text form. When done with permission, original content, and proper credits, it adds value. When done in a covert way as to create easy content at someone else's expense, it's plagiarism.

Often, transcriptions are paired with translations. Users will find an unpopular but interesting vlogger, transcribe his or her vlogs, then translate them to English or another language. Often the process is automated through the use of text-to-speech apps. Appropriating the work of others as your own is still plagiarism and we put a stop to it where possible.

Taking a photographer's or an artist's work and then running it through Photoshop/Instagram-style filters is still image plagiarism. The most common version of this is mirroring the image in order to avoid the Reverse Image Search capabilities of some browsers. The second most common version is cropping the image, therefore zooming in on one specific point. The third most common version would be gaining access to private image libraries, slightly changing the image to hide any features that may lead back to the originator, and re-posting.

All of these are deliberate attempts to appropriate the work of others and receive credit for it while avoiding detection. Editing an image and then posting it as if your own doesn't happen "by accident". Everyone who gets caught for it is fully aware of what they were trying to do.

How YOU can fight plagiarism We all want to enjoy the content of other Hiveians but at the same time, we also want to do so knowing that we aren't inadvertently supporting abuse. Here are a few easy to remember points you can follow in order to combat plagiarism within the Hive ecosystem:

This account is doing a scam!!!! Please look at comments

Hey coward
We can meet. In real life. And you can explain to a court and judge why these assets belong to you to use like a child. I happen to think canadian courts are unfair. But it fairer than what would happen otherwise.

Time for you to put away these toys.

As a curator of a community, I have been dealing with such users and have to get downvoted for pointing out the copy pasted content and for asking to change the behavior.

As you mentioned rightly, it's always good to give a benefit of doubt to new users to point out the issue and asking them to correct it.

If that gets repeated, we don't have choice but asking for your intervention.

Luckily the downvotes won't be big enough to drain out the rewards for the content we post, but it's kind of bad smell to get a downvote is what I feel.

Thanks for whatever you guys do.

Congratulations @hivewatchers! You have completed the following achievement on the Hive blockchain and have been rewarded with new badge(s) :

$0.00
Reply
[-]
poshtoken (74) 9 months ago
The rewards earned on this comment will go directly to the person sharing the post on Twitter as long as they are registered with @poshtoken. Sign up at https://hiveposh.com.
$0.00
Reply
[-]
vedranijus (27) 8 months ago

Nice, true but sincere post :)
Seems to me that finaly something good come out of the internet and the mankind
Thank you hive comunity because exist :)

Am sorry to have plagiarized and such won’t happen again

Please concerning the apology post that I am to make, where can it be posted, and I want to ask about the blacklisting on the hivelearners community, does it mean I can no longer post they if future times ?

I here by apologies to the hive community after been found guilty of plagrism act in one of my content and for the abuse of tags which I obliged to that am guilty of the act ,I hereby attached the right link to the content I abuse and apologize that such incident won't occur again .

apparently you're not apologizing hard enough

How can I contact you. I can't join your strife.

I can't join discord groups. I want to make an appeal.

I already have the discord app, but I'm not joining your discord channel. I want to appeal to the problem I'm facing. I admit I was wrong all this time

All appeals are done in Discord. For transparency and easy access to the case's chat history.
When you are ready to appeal, feel free to join our Discord channel.
Thank you

I can't join your channel, because I was previously expelled.

HIVEWATCHERS IS NOW RANDOMLY DOWNVOTING FOR NO REASON What is the appeal of appeal? 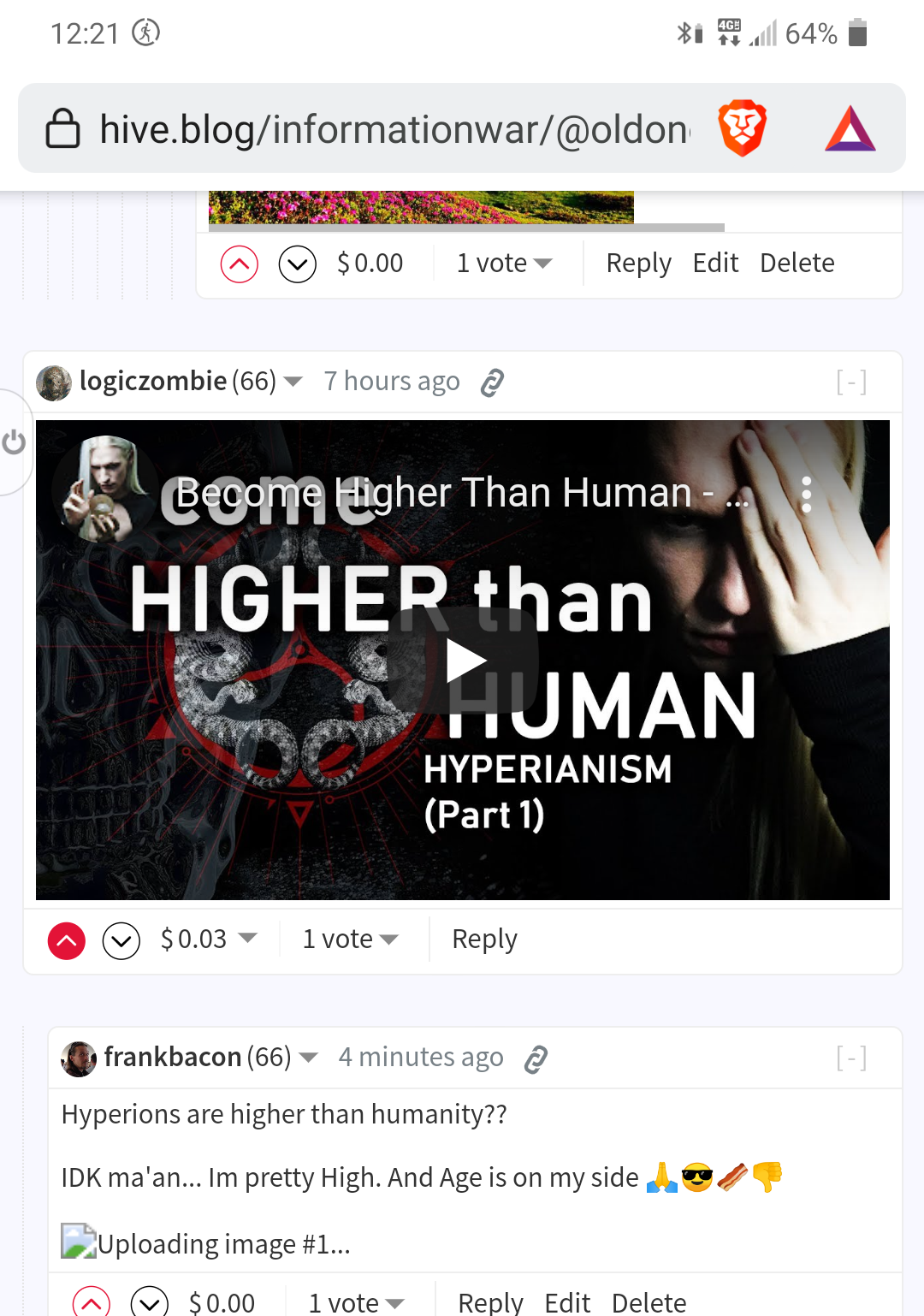 You tried.. Thats what mattered

I am NOT in support of what this fanatic does with his time. 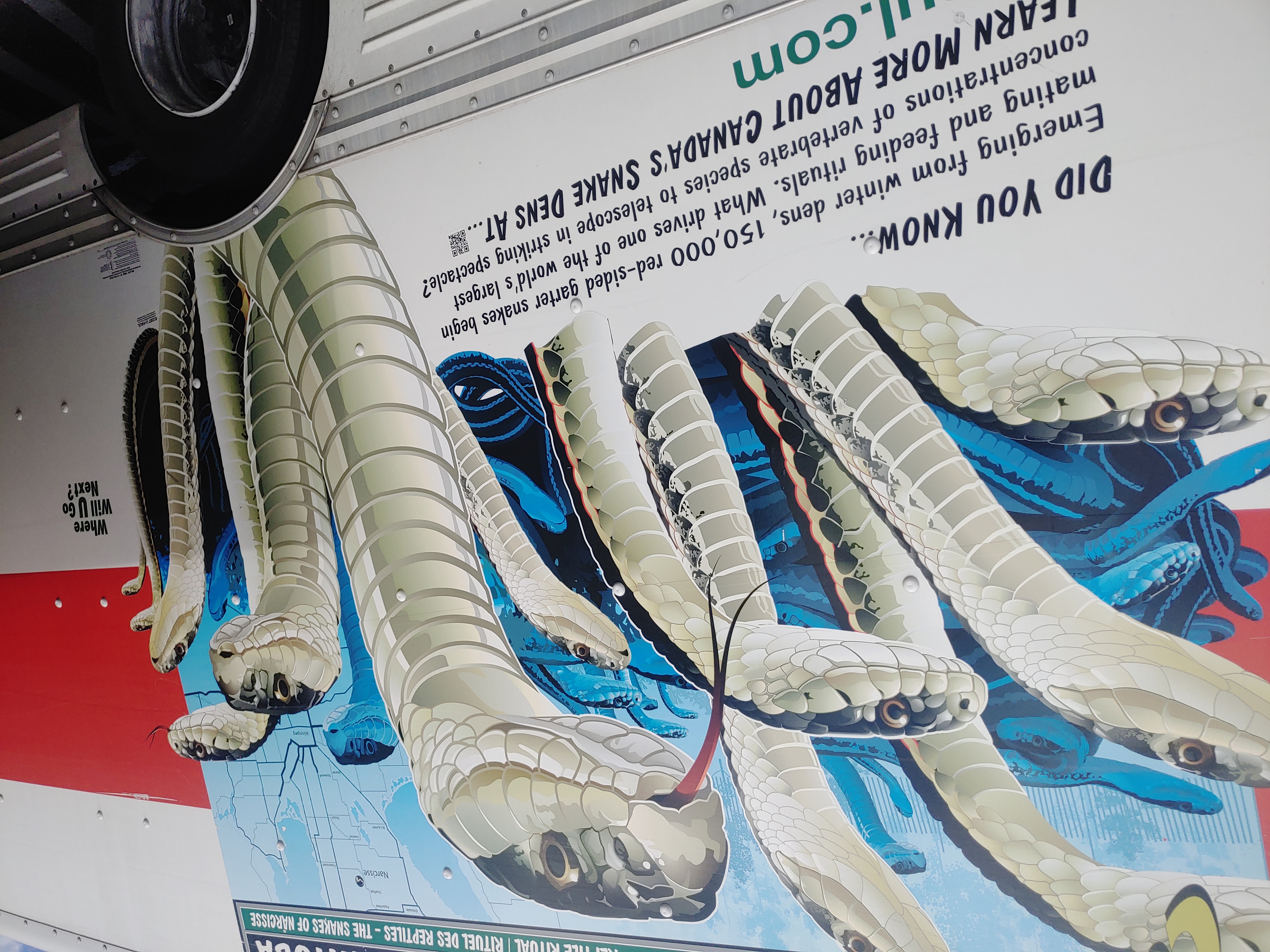 Failed project, stop segregation of users. You don't like something? Downvote it and gfy

Pseudo band of thieves spani and logic. Warm urine on them:)