How to Excel at Weekend Ranked (and earn a lot!) I am one of the top 10 highest earners of weekend ranked packs in Gods Unchained history, earning over $5.7k in packs, in addition to 16 "Top 10" Leaderboard finishes in the past year. I will now tell you all the "secrets" to earn maximum rewards!

What is Weekend Ranked

Every weekend from Friday morning in the USA to Monday morning in the USA, there is a countdown timer going in-game and a banner that says "Weekend Ranked". During this event your first 25 games of the weekend are counted and there is a chart that you can look at and see how many packs you will be rewarded based on the number of wins you achieved in those 25 games.

(There is an additional bonus that is unrelated to the count of games played. That is: win 30 games and you get a rare Divine Order pack worth ~$2.49 USD)

The key idea here is you want to start the weekend ranked in Mythic and then get 17 wins. This will net you a legendary pack and rare pack from Divine Order, worth a total of $27.50. If you're not a Mythic tier player, never fear! Look at the chart and see how many wins you want to shoot for and set a goal.

So now that you know you have 25 games to maximize your rewards, how do you win the most you possibly can?

What not to do:

But how do you know how to pick the "right deck"? Enter, THE META.

In order to choose the right deck you need to know what everyone else is playing. This is a good website to check before starting your weekend ranked. If everyone is playing aggro War/Nature, the counter is to play Control War or Control Death. Why? Nature has some big beefy creatures, and the only way to take them out is some hard removal like Carnage Sweep and Sole Survivor or Apocalypse Now and Reap. Aggro Nature doesn't have much Ward and is just begging to be rekt by spells. Same pertains to War. War also can put heavy damage on you every turn, therefore you need to heal. Control War and Death both have ways of healing for 50+ health.

Point being: some of these decks aren't as good as their Win Rate suggests. They just happen to run into their best matchup the most often. New players LOVE Nature and War currently. But the meta is always shifting. So this is the type of thought process you will need to have every time a new balance patch rolls out.

Look Up Your Opponents Deck

You may not like it, but currently your opponent is looking at your deck RIGHT NOW.

Go to GUdecks.com, search for your opponents name, and look at their most recently played deck. If you don't and they are doing it, it is akin to playing poker while your opponent can see half your hand.

(To be clear, I don't like that this isn't a guaranteed two way street. I've proposed to the team that they add decklists in client so it is just open decklist all the time. Any other solution will ALWAYS give advantages to those who seek them. However, that is not in the scope of this article, and suffice to say this shouldn't be an edge you are gaining NOR giving up. Money is on the line, don't give your opponent an edge they are taking from you.

What time you play only matters if you are attempting to come in the Top 10, where you'll be awarded with even more prizes. If you play on Friday, everyone's MMR has been reset to a maximum of 1350. Since beating someone with a much higher MMR nets you more MMR per win, it goes without saying that everyone having the same MMR is going to stifle your chances of having a high MMR, and MMR is how the top 10 is tie-broken. Once players have had time to play all weekend, some will have deranked and you'll be less likely to face them, and some will now have MMRs as high as 1600 or even 1700! The average Mythic MMR rises steadily throughout the weekend. Getting paired with players with higher MMRs on Sunday means you'll gain more MMR per win than someone who played on Friday (and also importantly, lose less MMR per loss! Though pro-tip: if you want to come in the top 10, you probably shouldn't lose more than 2 games out of 25.)

There's no secret weapon to automatically come in the top 10 week after week. After all, there are now 75k weekly players! Getting in the top 10 is now harder than ever.

You need to exercise critical thinking even before the first game takes place, deciding what deck counters the meta. Then you'll need consistent play to hit those 17 wins at Mythic and get yourself some free legendary packs!

Interesting, i was thinking magic would rank #1 on meta lol, crazy to see war lead with such a huge %.

Ive yet to break into mythic best ive done was eth diamond on weekdays, but i get my shit stomped on weekends, albeit i like the the better competition.

I still cannot for the life of me find the links between cards that form a good deck, i was running this nature deck for a while but it doesnt feel theres any synchronicity at all.

Ive watched your vids on how to deckbuild but in all honesty i keep getting jebaited by cards that look cool but are very hard to pull off?

anyhow semi rant over xd, thanks alot for the weekend tips, will stay tuned to your youtube for any new tips and tricks and guide vids

Cards that look cool but are hard to pull off are horrible choices for the weekend ranked. Once I came to accept that playing the same old boring vanilla cards everyone else is playing and cut out the "cool if this works!" cards, I started doing WAY better.

so true lol, ill just never get over the fact that these cool cards exist and ill never be able to viably use them

That's why I play meme decks all week long!

First lets talk about that sexy af selfie you got going on. You are smoothhhhhhhhh. But not lets get down to business. It is posts like these that help new players and some players who have been around for a while but have not looked at sites like you mentioned above. Your mind is a muscle and you are correct getting reps in playing the deck will only make you better. It becomes easier to make decisions because you know what your deck can do. It also helps build confidence. And along with critical thinking I truly believe that confidence plays a pretty sizeable role in this game.

Hahahaha thanks!! It took a real long time to balance that diamond on my finger LOL

Really nice post, I will start to look more at things like this.
Also gz to 16 times top 10, really amazing.

Wow this is soo nice sincerely

Very cool article! I have never looked up my opponent's deck. Maybe I should do that now.

Flux wheel is more fun. You forgot to mention that.

Great advice from a legend!

you should be doing Twitch streams and @vimm at same time and show off just how much crypto is going through the game accounts you use, and give out like $3 a day to like 6 peopel each getting a 50 cents worth of some hive engine token over @tipcc https://tip.cc have you used it? has hive in there

i see you have discord 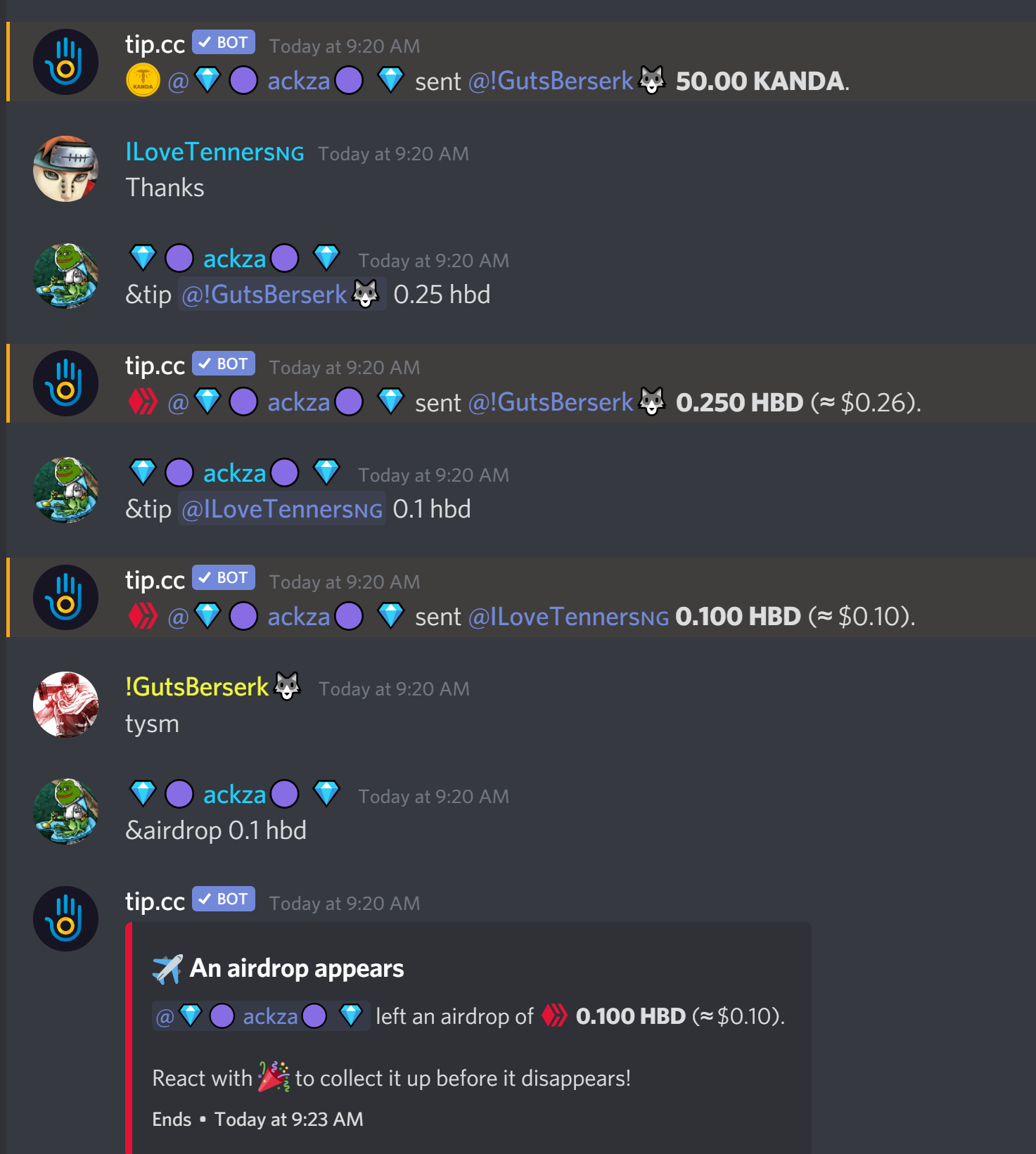 you could get any hive engine token added for like $1000 or ask oknu for a deal maybe i dunno, im sure splinterlands style games OR even the gods on chain, or any erc20 can be added

huge potential to do promotion for this game with tipcc 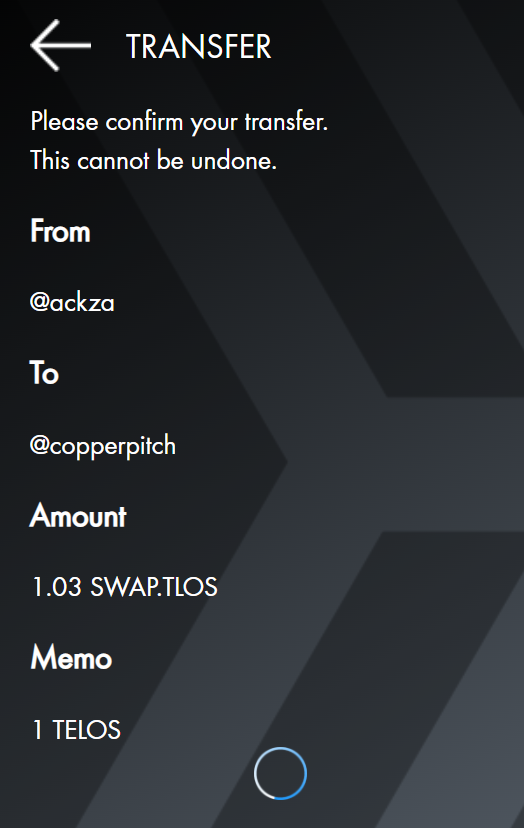