This is a number we heard tossed around a great deal regarding Bitcoin in 2021. During the bull market, the enthusiasm was at an all time high. Many were calling for $1 million as a target for BTC.

Isn't it interesting how things change during the bear?

During 2022, this is not something too many are espousing. The idea of Bitcoin going to $10K or even zero is more on people's minds. It is obviously reflective of the mindset of most market participants since, after all, the only thing that matter is price.

Nevertheless, there is a beacon in the middle of this storm. That light is coming from Cathy Wood. Depending upon the viewpoint of her, this is a sage walking out of the crypto-winter or the reincarnation of the Wicked Witch of the West.

That said, she is beating the drum when others are silent. 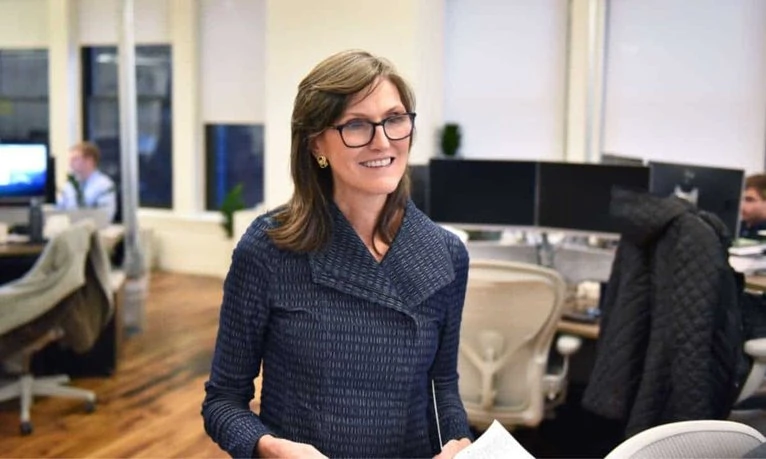 Wood was interviewed recently and she reiterated her $1 million price target for Bitcoin. This is a view she put out before and she is not backing down in spite of the bear market, further deepened by the FTX implosion.

To Wood's credit, she is putting her funds' money where her mouth is. She is picking up more shares of GBTC, which is a questionable move on its own. This shows her belief in both Bitcoin and the embattled digital asset company that many fear is insolvent.

While it is difficult to know where the tentacles of FTX extend to (maybe Wood knows something about GBTC the rest of us do not), the affirmation of Bitcoin should be consoling to some.

Here is what she did in the last few weeks:

Nonetheless, Ark Invest continues to enlarge its holdings and recently purchased more than 176,000 shares worth approximately $1.5 million. A week ago, the entity bought another $273k shares. This came as a surprise since it occurred amid severe market turbulence caused by FTX’s catastrophe.

For anyone who follows GBTC, it is trading at a steep discount to the spot price of Bitcoin. This is a problem since the ETF application were denied by Gensler at the SEC, an individual who might find himself in hot water over the FTX situation. Again, Wood is marching on in spite of the risks many claim exist.

Thus, either she is the sage in a world of noise or a lunatic taking unnecessary risks that could blow up in her face.

You have to respect her commitment though and the fact she is still buying when there is blood in the street.

A large part of Wood thesis stems from the fact that she is separating Bitcoin from all the rest. This makes sense and something we tried to do on this blog. There is a lot of noise, as a result of many things that were not cryptocurrency.

Instead, we were caught up in more VC and Wall Street games. To them, cryptocurrency and blockchain was just another asset class to play (manipulate) around. The Celsius, FTX, leverage, scam, lies, and fraud are all par for the course with the financial community. This is what they excel at.

Wood had this to say:

“Sometimes you need to go through a crisis to see the survivors. Bitcoin is coming out of this smelling like a rose.”

One does not need to be a Bitcoin maxi to see how this is the case. Bitcoin, itself, is unaffected by the events of late. Sure, the sentiment is such the price got crushed by the network is solid. Regardless of what is taking place, the blockchain keeps running, monitoring what wallets contain the Bitcoin. The ledger is still in operation and agreed upon by computers all over the world.

This, of course, is the same case we make for Hive but that is a different subject.

By 2030, Wood expects Bitcoin to reach $1 million. One thing to keep in mind is we could encounter 2 more bear markets before that time. The idea that we will head straight up is not likely in the cards.

For that reason, we have to remember the long term outlook. Is Wood right? We have no idea and will not for another 8 years. What we do know is she is consistent with her view and not wavering. This is being backed up with further investment.

So there is one voice putting the big number out there for Bitcoin.

USD devaluation is probably what it could be.

I think the worries over GBTC not showing proof that they hold all their BTC is a worry. With all the other crypto related companies being hit by FTX, I wouldn't be surprised if GBTC did lose some BTC. It doesn't makes sense to me that they would risk it because they were set to earn 2% a year just from management fees though. So I am not sure if Grayscale got greedy.

Of course they are greedy. They earn over a billion dollars in fees a year. They are not going to turn away from that.

Geeze 8 years to 2030. Time flies!! Should be interesting to see what things are like by that time!!

I don't think she is too far wrong on her price either as I have always felt this is realistic.