Bitcoin was heralded as the solution to the financial corruption that is so prevalent in the existing financial system. The idea of peer-to-peer exchange of value was something that many believed would be the answer to what was taking place.

While Bitcoin took a long time to catch on, it is now getting to the point where it is "going mainstream". Unfortunately, what is taking place is not quite what many had in mind.

It is amazing to think back around four years ago and the attitude people had towards the big institutions on Wall Street with regards to cryptocurrency. At that time, many were wondering when would the big money enter. When would Wall Street see the light and start investing?

Of course, the reason for this was simple. People wanted the price of Bitcoin to run. They were looking at their wallets believing that when big money entered, it would skyrocket the price.

This was accurate of course. Since that time, we started to see these firms enter the mix. 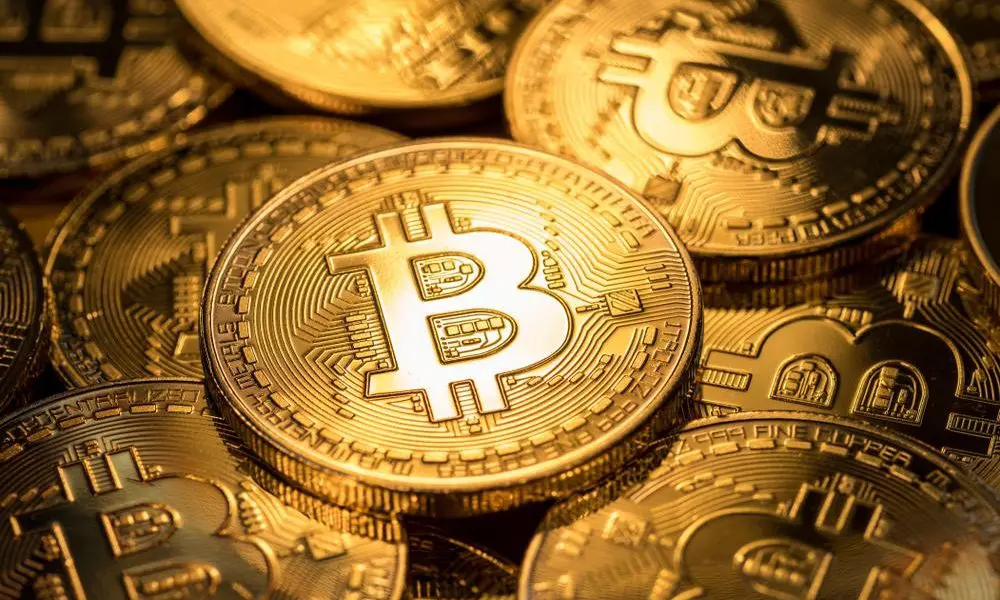 To put it bluntly, Bitcoin is in the process of being hijacked. The idea of people's money, as it pertains to Bitcoin, is over. This is going to be firmly in the hands of the establishment. Maximalists might not believe this but it is a guarantee.

Many discuss Michael Saylor and what he is doing. Over the past couple years, he was the first Wall Street firm to go all in on Bitcoin. In this regard, he is a trailblazer. His moves might have triggered some other firms, the biggest probably being Tesla to enter.

All according to plan. Keep getting other entities involved so that things can moon.

There is a problem with this idea. For those who believe Bitcoin holds any solutions to the tyrannical financial system, this is feeding that same system. Does anyone really believe this is going to be contained?

Here is the reality: Michael Saylor is a very small fish. When it comes to Wall Street firms, he is a nothing. Just look at the assets under management balances and you will see there are much bigger players still on the sidelines. Do you think they will remain there forever?

Fans of Bitcoin often discuss the cap of 21 million. The deflationary nature suits Wall Street and other entities very well. This cap means that the more that gets swallowed up by the major entities, the less there is for everyone else. Sure the early adopters make out well but that wasn't the point of Bitcoin, or so we are told.

Another layer lurking out there, as far as we know, are the Central Banks and governments. Here we see the entities that can even dwarf Wall Street. Up to this point, they are still not involved although there are some rumors of some Sovereign Wealth funds buying Bitcoin.

Ultimately, Bitcoin will become a money game for the most powerful institutions. Since the acquisition is done through purchase, who can buy the most? Obviously, those with the most money. Who do you think is at the top of that list?

We already know most of the physical gold is in the hands of these two entities. Who has what is unknown but we know it is in the hands of someone. What do we think is going to happen with digital gold if Bitcoin does truly serve that purpose?

Just like the gold market, they will, along with Wall Street, swallow up most of what is available. There will be just a few crumbs left on the open market for everyone else. Of course, that is how they can enhance the value of their holdings: reducing the supply on the open market. After all, why would a central bank ever have to sell its Bitcoin?

This will pay off well for those who are presently involved in Bitcoin. Eventually, the supply/demand equation means they will have to keep pushing the price higher. However, it is important to mention, we all have our price. There comes a number that Bitcoin will hit that necessitates selling. There is no way around this.

Naturally, the number will be different for everyone. Nevertheless, when the big player enter, the price paid really doesn't matter. And every Bitcoin sold to them removes one from circulation, most likely forever.

Things often stray from their original vision. Just like the Internet, the freedom value of Bitcoin was hijacked. For that token, it is not going to exist in the future. The larger players will swallow up much of the float, leaving very little on the open market.

Been saying this for a while. Everyone screaming we need institutions and ETFs are now seeing what is happening. I recently sold the last of my BTC for Hive and other useful assets that earn a cash flow. I will try to start buying back into some BTC, but my kids have some so I am okay with that.

For those who have Bitcoin, they will do sensational in my opinion. The institutions will make sure the price goes higher, over the long term. The cap in number makes that a reality, especially if the store of value is there.

However, as the solution to the world's financial problems, to me it is now more of the same. Wall Street and its associated entities are going to be piling in. They will amass at levels the rest of us never dreamed about.

Yep I agree with this. At least I know all my immediate family has at least .01 BTC. My kids have more and my son is actually just a Bitcoin store and hold kind of guy. At least I aet them up with some Splinterlands stuff and they both own some LIST and COM so they have a little passive income.

It’s funny I am more the risk on guy in the family, lol. I will build my BTC stacks back but being a beginning business, I need as much working at higher yields as possible… Then I can start to reaccumulate BTC. But I am liking the 12% on HBD…

I have also thought of things going this way, I remember when it was said that there is only about 21 BTC left in the world. If BTC is turning out to be a major trend that as we all are expecting it to be, things might end up the way you are saying it to be, and those guys can literally take 15 BTC off the table.
So before things turn out this way it is best to stack some if we have the money. The bad news of this on my side is that I can't put 1000 naria as the value is too small so the I will have to wait unstill it's above 5000 naira to put and things are not looking good over here.

I feel everyone should have a bit of Bitcoin, that is the first basis people should establish. Knowing the major players are going to pile in means those with some will end up doing very well.

I agree with you on that.

What might be the solution then ? Big people only know to exploit wherever possible and we don't have power to stop them.

To me the solution is projects like Hive. Ultimately, we can step back and look at the entire crypto market and see the resilience. They cannot exploit every project. Here is where the value of what is created, in our hands, helps to offset their money.

Over time, we can keep developing and rolling out new projects. This ultimately results in the expansion (along with decentralization) that they cannot counter. People tend to get inflation and money expansion all messed up. That feeds into being pawns to the system.

I have to admit that I'm not well-versed when it comes to the wide array of crypto offerings, but it's sad to hear Bitcoin might be losing its intended purpose. Do you see this being a pattern that will slowly encroach on other coins over time?

They will try. Whatever is successful they will get involved with.

However, there is a caveat in my opinion. The community based tokens are going to be hard to control . When an outside force comes in, the community can simply fork, much like Hive did.

That is where the change occurs. We simply take the real asset, which is not the token but the community, and move on.

Good point. I guess a kind of counter-movement to this kind of hostile takeover will be to anchor value in non-tangible fundamentals such as communities, like you suggest.

BTC may be the banker's new digital gold but anyone who bought in will probably make quite a bit of money until they start manipulating the markets. So I think holding some BTC is always a good option as it is safe and it's something new users don't have to worry about.

That is the point. There is a huge opportunity for people to make a lot of money. However, we need to accept that, long-term, Bitcoin will not deliver what many profess.

$0.00
Reply
[-]
poshtoken (74) 4 months ago (edited)
The rewards earned on this comment will go directly to the person sharing the post on Twitter as long as they are registered with @poshtoken. Sign up at https://hiveposh.com.
$0.00
Reply
[-]
curation-cartel (49) 4 months ago

I fear that this will indeed come to pass with BItcoin, but I am hopeful and perhaps economies like Bitcoin BEach in El Salvador will spread and be transformed to communities which use other deflationary tokens. We will see, the fat lady has not yet sang so it's not over yet.

Great post boss, I guess the little on the market won't be enough