rollandthomas (76)in LeoFinance • 2 years ago (edited) 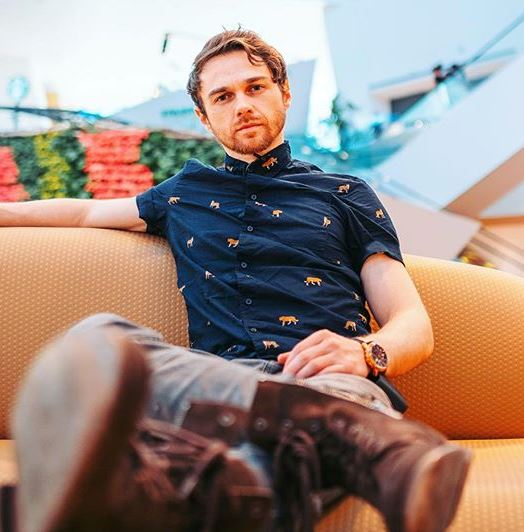 Andrei Jikhn is a highly successful online financial advisor & magicians from the US who came from a family of Russian circus performers. His father, who was a ringmaster in a circus, migrated to America when he was seven years old. At age 15, he started an online financial consulting company with his friends and family members.

Andrei has an estimated net worth of over $1 million. Andrei is a well known personality in the financial field and has helped people like you achieve financial freedom. He helps you get rid of credit card debt and helps you pay off your bills in the best way possible. He teaches you how to invest properly and how to set goals. He's passionate about financial freedom because his parents weren't good with handling money, managing credit cards and ended up in crazy debt. But before he became a youtuber personal finance influencer, he was a card magician performing magic tricks with playing cards. 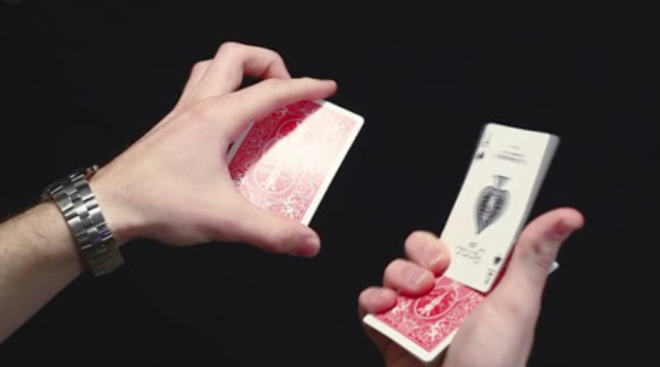 Theory11 premiered the first installment of Andrei's highly anticipated new trilogy on the world of magic. His videos are the perfect introduction to anyone interested in learning the art and craft of magic. He shares his methods, tricks, and tricks he uses on live shows and in private parties, and even discusses why he chooses to perform in front of a live audience rather than doing his show in front of a video camera. He has also shared the secrets behind some of his most popular magic tricks, like the one where he makes his audience believe he's on fire while he's actually sitting on a burning platform. and the one where he conjures up an illusionary wall made entirely of cardboard boxes. The cardistry training video tutorials provide insight into what goes into being a top card magician. The tutorials eventually spilled into tv shows, called Genesis V1, with the second volume called Genesis V2 which is for advanced ability level folks (both being inspired by watching a live performance by Cirque du Soleil).

In January of 2019, Andrei quit his day job after being inspired by a friend and after finding Graham Stephan, another finance / investing youtuber who at the time had 300,000 and made a video about why he wasn't getting the Apple Credit Card. Andrei made his first youtube video. Throughout 2019, Andrei expanded to other platforms like, Patreon, Amazon links, while incorporating affiliate marketing, when it was all said and done, Andrei made $100,000 in 2019.

Now Andrei Youtube channel has over 900,000 subscribers with over 80 million views. Because he mainly talks such as stocks and the stock market and passive income through dividends, in which he is able to get higher than average ad rates, Andrei is now a millionaire. Andrei makes extra income through partnerships such as WeBull and others and now living off of his dividends from his dividend stock portfolio that he tracks within a spreadsheet.

My main man Mike Novogratz of Galaxy Digital (and former Goldman Sachs partner) was on Finance Live the other day and said Bitcoin is for everyone and everyone should put 2% to 3% of their net worth in bitcoin and look at it in five years, and it’s going to be a whole lot more.

Well, it appears Andrei beat Mike to the chase. In one of Andrei's latest youtube video, If you’ve been living under a rock, you might have missed out on this new revolutionary thing called Bitcoin. The technical definition of it is it’s a "peer to peer digital currency that is decentralized and immutable". It's a money that is not controlled or owned by anyone because it’s decentralized.

There is a max 21 million supply of BTC and in the US there is around 112 trillion dollars in terms of household wealth. If we assume 1% of the US population is interested in investing, that’s around 1.2 trillion dollars. If we divide this hypothetical 1% demand by the max supply - we get a rough price of $57,142 per coin. If we get 2% of the population interested in investing the price doubles to $114,284 a coin.

The Global Wealth Report shows us that household wealth has reached 400 trillion and 1% to 2% of this wealth is 4 to 8 trillion dollars. Putting the same math to work we get each coin valued between $190k to $380k.

In the video he also talks about PayPal recently announcing, due to demand, that they are allowing all their 300+ million to buy and sell, not use bitcoin, but bitcoin cash, ethereum as well as litcoin. Then there is Square, they announced about a month ago, that they invested and bought $50 million wotth of Bitcoin. This post would not be a post if I didn’t’ mention by main man Michael Saylor of MicroStrategy. It was good that Andrei mentioned how Michael bought $425 million worth of bitcoin for MicroStrategy as a hedge against the following US dollar. Andrei knows his stuff as he also mentioned in the video how Grayscale which represents the Smart Money in my opinion, own close to 450k Bitcoins valued at roughly $8 billion dollars.

Other honorable mentions includes Stanley Druckenmiller, who beat the equity market 15 years in a roll billionaire Ricardo Salinas Pliego of Mexico who recently revealed he holds 10% of his net worth in Bitcoin. I won’t mention the fact that Andrei also reference Ray Dalio, but we aren’t going to talk about Ray because he’s being narrow minded when it comes to bitcoin.

Check out the video, if you haven’t invested in cryptos yet, the 15 minute video may potential change your life and lifestyle in the future.

As a result of writing this post, he has gained another youtube follower in me, as I have an interests passive income too.

Bitcoin Is Beauty(ful), Square Is The Beast

Ray Dalio Is Right About The US Dollar, But So Wrong About Bitcoin - Part 2
Mike Novogratz's Galaxy Digital Is Finally Profitable
Lets Get To Know Michael Saylor Of MicroStrategy
2nd Richest Person In Mexico, Ricardo Salinas Pliego Announces 10% Of His Bag Is In Bitcoin...But Here's The Kicker

This guy is incredible, he has two skills that I really envy. I always wanted to learn magic but never found the time to try and learn it. I also wish I was half as smart as he is when it comes to investing.

Now Andrei Youtube channel has over 900,000 subscribers with over 80 million views

That is impressive also, he is also a content creator!

The guy is pretty articulate, I actually just watch another one of his videos because he was able to keep my attention.

He made this video for home buyers that was some of the best advice I have encountered on the web for free!

This is a must-watch for a home buyer, there are so many good tips in this video.

Seen this guy around YouTube, intelligent I would say.

Yeah, I have been impressed, I'm now one additional follower of his.

Watched some videos... I love him!

I watched one of Andrei Jikhn's videos and found it quite entertaining. There is something about a laid back type of presentation on a serious subject like house buying. His way of thinking is so much different to anyone I have watched and listened to before that it makes perfect sense.

Hadn't heard about this guy before! His audience is enormously big! Imagine him coming to HIVE with some of his viewers!

Not investing in Bitcoin now is not going to help you. The truth is bitcoin will only get bigger and although everything has it's own point of diminishing return, bitcoin hasn't even reached Its full potentials yet