I guess a lot of investors aren't aware of Justin Sun's dishonourable, criminal track record, and i guess it must be these naive individuals who have bought up the 750 million of USDD over the last month..,

Sad to say it's been USDD that's been the fastest growing stable coin in terms of market cap over the last 30 days...

But the recent crypto-market turmoil is plunging USDD into what could be the early stages of a crisis... USDD has lost its peg and is currently trading at $0.98. 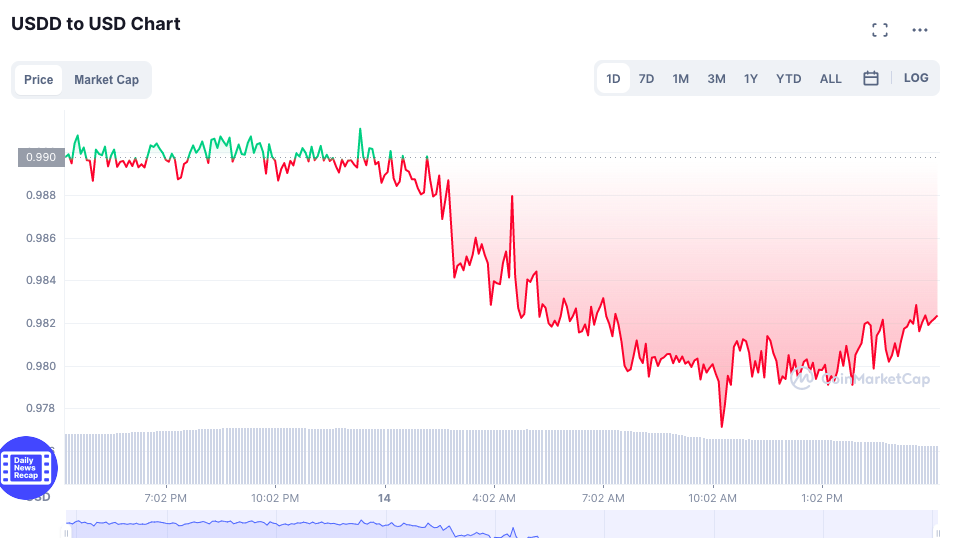 Of course Justin Sun sees this as a buying opportunity believing the PEG will hold following selling off some collateralised assets to help bring it back, mainly TRX, but the price of that has taken a battering... 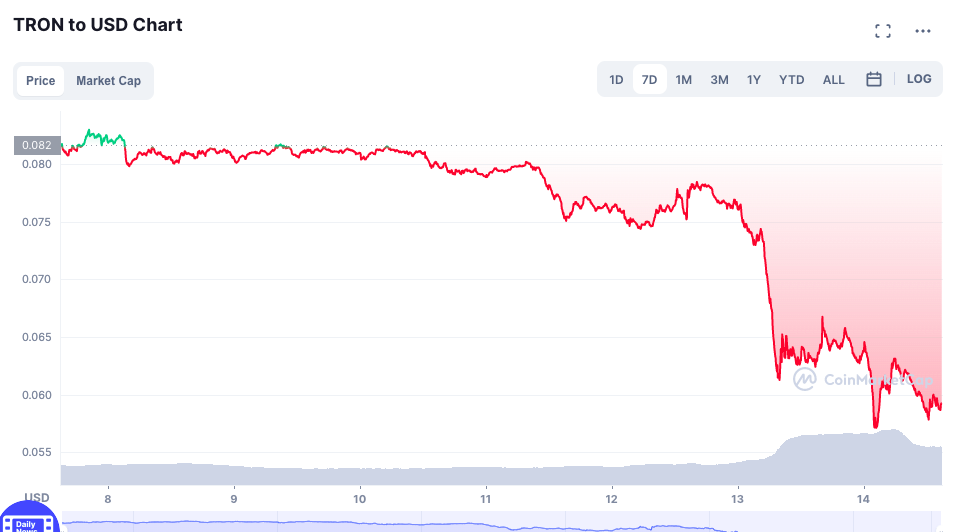 Of course this is in line with many other coins in the recent blood bath, but the thing is most other coins aren't acting as collateral for a new stable coin - Today there is a third less collateral being offered by TRX on USDD compared to a couple of days ago!

I'm really hoping this is the beginning of the death spiral for USDD itself, I mean there's a very high chance it will end up like UST eventually given the lies Justin Sun is already spinning about its collateral ratio (exaggerating it by using TRX as part of it).

But let's not forget TRX is basically Justin's original toy money so burning it is nothing to him, he just wants to prop up his latest stable play-thing for long enough to be able to cash out BIG and then enjoy diplomatic immunity.

I just hope this all crashes now where it'll cause a ripple rather than a wave.

Funny the more invested the more at risk the entire USDD really is. How people can be this gullible as we all know what this man is capable of. I wonder if he will use the line "do you love me or do you ...." when his USDD crashes and "investors" complain.

I need to get that block on hotkey for future reference!

It couldn’t happen to a more deserving guy.

Quite! I really just hope this disappears it!

Do we even still have reliable stable coins?! Damn.

HBD was .83 yesterday, it works better than ever but not a serious stable coin with serious liquidity on exchanges. DEC is even worse, 0.008 today, bever seen it this low from 0.1 a few months ago :D

I don't get who sells at those prices! ?

Right? Who does that? But HIVE has been a star so far indeed :-)

You can trade HBD immediately for 83c on the free market, making it 'depegged' sure.

But you're forgetting that you can always convert HBD for 1 USD worth of HIVE.

Markets are irrational, but code is not.

HBD is working exactly as its supposed to.

You can't prop up a stable coin using volatile assets, especially in a bear market.

This is a trying time for the economy; those coins that survive will demonstrate very clearly that Crypto is here to stay. It's rapidly looking like Crypto is less of an experiment and more of a mainstream investment vehicle. We just need to ride out the storm, folks.

Yes I agree, some coins will go back at some point!

This man has a way of fucking things up. I sometimes wonder if he's really behind all of this.

It's amazing the crap people will buy into. Hype seems to go a long way.

There is a stable Coin. Bitcoin. 1 BTC is always worth 1 BTC.
All others are shitcoins. Buy them, get rekt.

Haha, it's probably not a bad time to stack good old BTC either TBH!

DCA for stacking sats is always a good time. :D

I'm really hoping this is the beginning of the death spiral for USDD itself, I mean there's a very high chance it will end up like UST

It is literally designed the same.

Like you said, this is just Sun's exit scam.

I hope it too. Just to think Justin Sun is behind the project is a big indicator of failure anyways :P

How anyone can trust anything that man is behind is beyond me!