Back to my old English P.C.... And the pains of setting up MetaMask AGAIN!

The main computer I use for work is a Macbook Air (sorry!) because ever since I bought my first one four years ago now it just works very smoothly and with no problems at all for everything work related.

However I've found that when using MetaMask it frequently fails to call up Trezor Suite to confirm certain transactions - namely anything to do with pooling and harvesting - sometimes it just fails to make the call and I can't do anything, although it's fine with just straightforward sends.

So I've got around this for the past few years with having a desktop computer and using that to do my MetaMask DEFI stuff.

I bought my first 'back up' desktop in 2019 for only £150 and it worked fine until I stashed it at my Dad's when I went to Portugal, where I bought another cheap one and used that for DEFI when MetaMask/ Trezor Suite failed to communicate.

That second PC worked fine while in Portugal, but it gave out a few days back, I imagine it's the power source which I could replace, but instead I opted to just go dig out my three year old desktop from my Dad's - and just literally unplugged all the various cables from the knackered one, plugged them into the old English one and hey-presto - connected to the net, a relatively quick Window update and happy days I'm back in DEFI land... 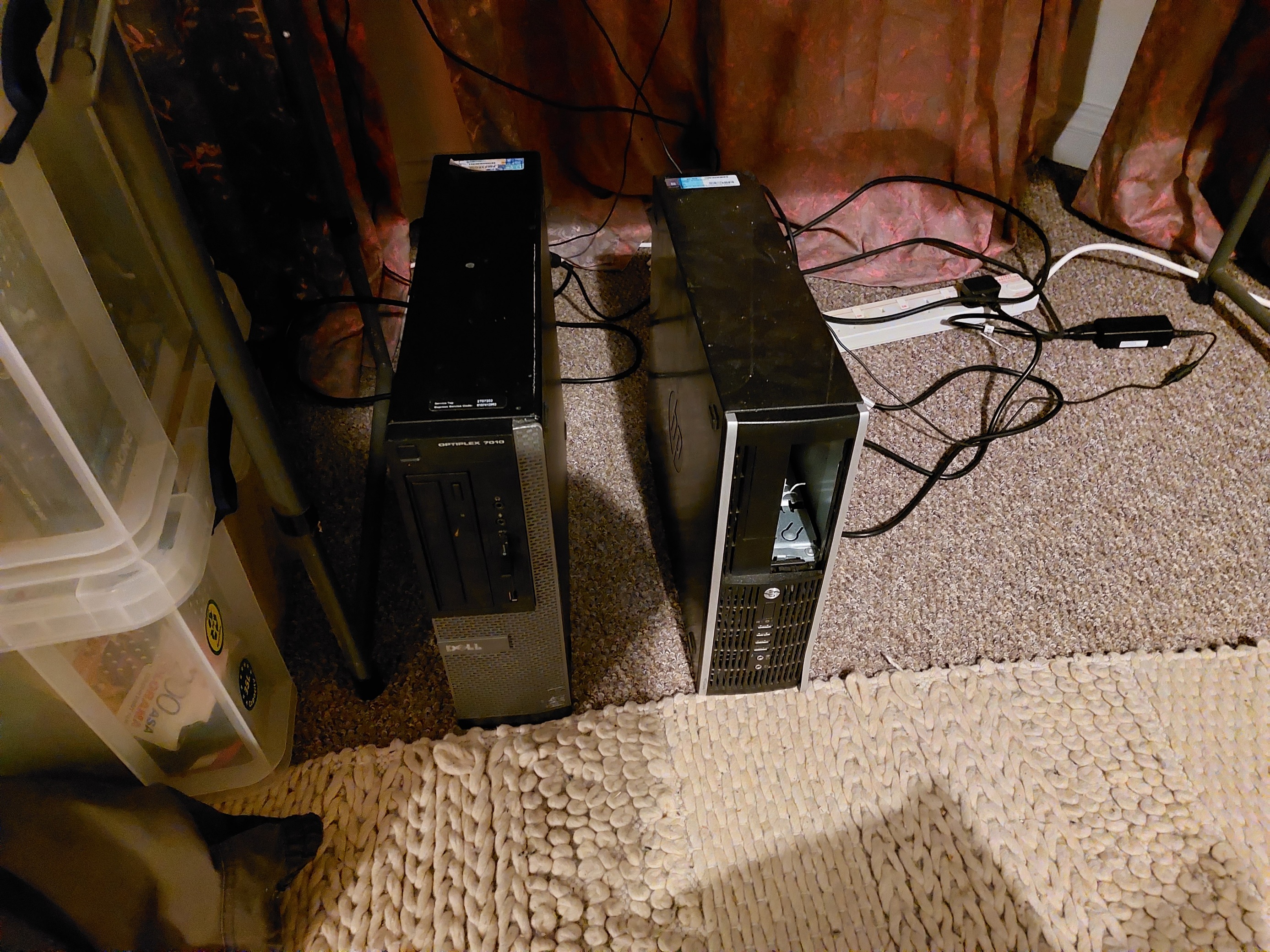 I was actually quite surprised to find that my MetaMask on the old PC wasn't set up for DEFI - then I remembered I only really got into the DEFI wonderland when I was in Portugal in Spring 2020, so I probably hadn't needed to when back in England in 2019.

It was so old in fact it didn't even take me to the web version to install new networks, so I did a re-install and now it's a matter of going through and adding what is it - BSC/ Polygon/ Avalanche and Fantom and then ALL the custom tokens for all of these networks - mainly BTC/ ETH/ HBD/ BUSD and USDC, separately to my three trezor accounts, and then I can set to using it to manage my DEFI funds.

It's a bit of a pain in the arse because I've done a few uninstalls and re-installs with MetaMask recently already because of the problems I had getting my funds out of CubDefi, but it is what it is.....

I'd much rather spend 20 minutes and get something set up properly rather than faffing about with MetaMask/ Trezor Suite on the laptop.

It's also nice to have a desktop just a back up machine of course and I'll probably use that as a work station occasionally just for a change - different keyboard = probably less RSI and a larger monitor are all good!

It's a it of work, it's just like when I have to make an impromptu hard reset on my phone or PC, and having everything wipes off and I have to start again, so now before anything I do backup for them now.
I hope you get things sorted out

The main computer I use for work is a Macbook Air (sorry!) because ever since I bought my first one four years ago now it just works very smoothly and with no problems at all for everything work related.

Don't apologize; use your Mac proudly. The only advantage PCs have is for gaming. Macs usually cost more, but they also usually last longer and work better. My last two laptops lasted over ten years. Actually the last one still works fine, but it's old enough now that it can't keep up with modern software so well so I had to upgrade for work reasons (and let me tell you, these latest ones with the Apple Silicon chips are really fast).

I can relate with this tbh.... It is quite easier to restore in phone than in PC.. Takes so much time for setting Networks.. browsing and all that.

Hopefully issue is fixed after all.

When I moved over to my new computer, I just copied the extension folder to the computer then re-installed metamask and all your chains/tokens should be saved. It's way better than having to re-add everything from the start.

I've only used Metamask on Linux and it seems okay. Unless you need specific Windows apps then it may be a better option. I've just not got into much of this DEFI stuff. I just do various Hive pools. Have to remember all the things I've used and check on them.

I use to play with metamask in my ipad last year. It was very unstable, i had the Ipad air 4th gen and after few updates metamask was working fine there but for last three to four months i am unable to use metamask on my ipad. Only direct transactions work on metamask ( in Ipad ).

Maybe in future developers will fix things and cross platform usage will not be a problem. I now do most of my stuff on Asus gaming laptop that i bought this year in march.

Yeah Ihink windows is the safe bet for sure!