readthisplease (73)in LeoFinance • 2 months ago

It’s been a while I saw news like this, it’s been a while I saw such expensive mistakes. I think people became much more careful when it came to NFT transactions like this after learning from other people’s mistakes. But then, after a while, due to comfort, people might still end up making the same mistake. Crypto technology is a life changing opportunity and makes transaction easy for everyone but at the same time, it’s simplicity can be overlooked which can cost you a big mistake. I am sure most of us have made the mistake of sending crypto to the wrong address, by adding the wrong character or miss a character. I once sent Hive to deepcrypto8 without the memo, and that was how I lost my Hive. 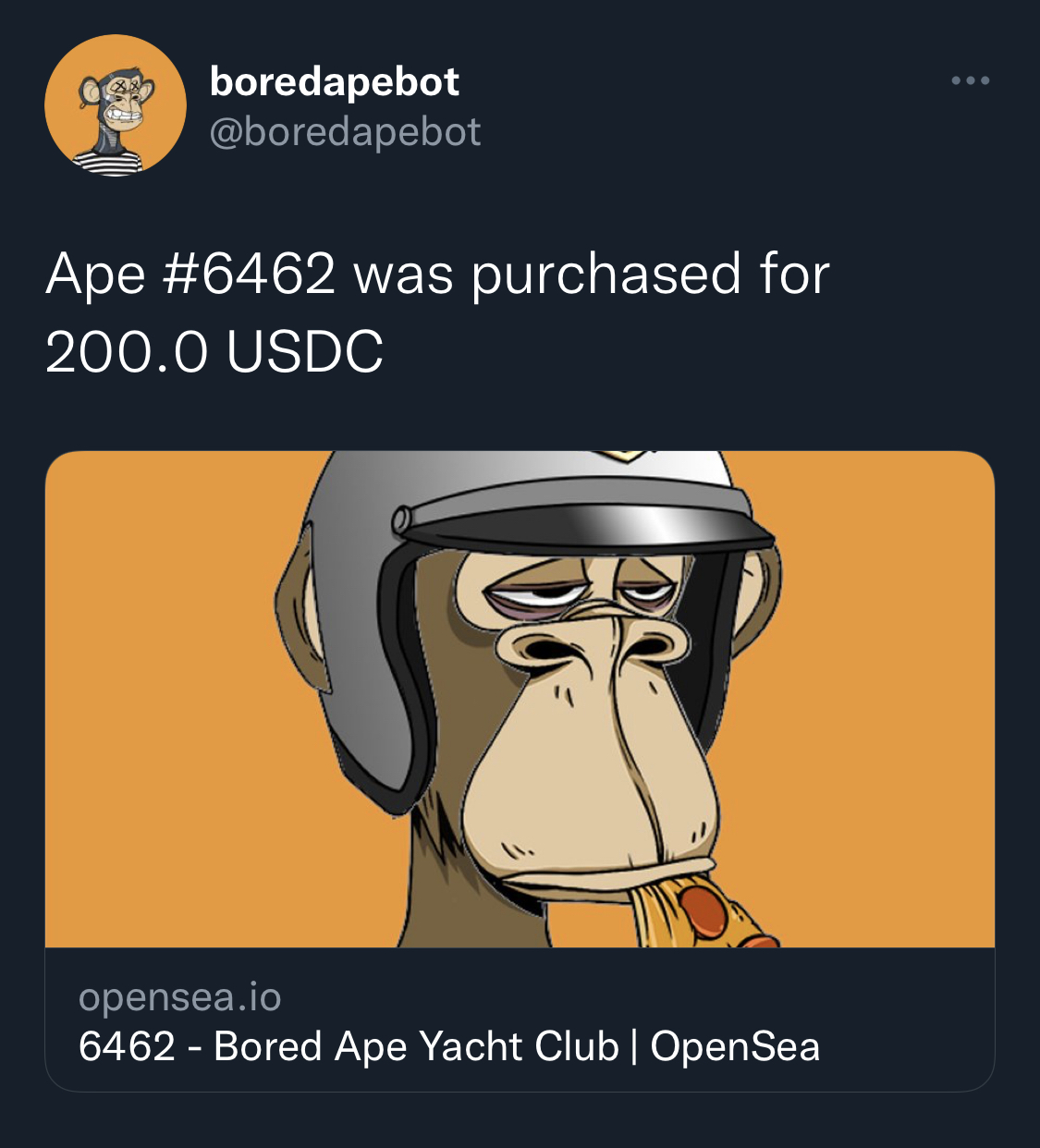 In NFTs, due to the mistakes people make in listing their NFTs for the wrong price, bots have been created to snatch NFTs listed at low price. But then, some of these NFTs sold at extremely low prices were not sold to bots. Sometimes some of these mistake sellers sell their NFTs that low because they mistook the coin for another. Just like the fella that sold his Bored Ape Yacht Club NFT for 150 DAI instead of 150 ETH. Probably mistook DAI for ETH, when mistakes like this happen, I try to think that the seller is probably a rookie in crypto, because mistaking DAI for ETH is very expensive.

But then, people are becoming smarter these days in trying to evade tax. NFTs are digital assets, and Bored Ape Yacht Club NFTs are one of the most expensive and valuable NFTs in the world. That is a great asset, which in some cases, owners of NFTs get to pay tax for. Lots of people don’t like paying tax, so they try their best to evade it. It’s possible that might be the case for some of these sellers. This NFT was sold for 200 USDC few minutes after the price was listed, the buyer accepted it so fast.

It’s no surprise as NFTs have been assumed to be another way people launder money. Well it’s the crypto space, it’s a free world, anyone can do what they like. People will always look for ways to beat the system. While some of them make it look so obvious, some of them are pros in doing what they do.

A Bored Ape NFT was sold for 200 USDC, few hours ago, and has been getting offers, the highest offer so far is 105 ETH. If it’s truly a mistake, I can’t help but think of what the seller is going through, if you were the buyer, would you return it based on your conscience?

Congratulations @readthisplease! You have completed the following achievement on the Hive blockchain and have been rewarded with new badge(s):