WARNING: extreme nostalgia beyond this point... 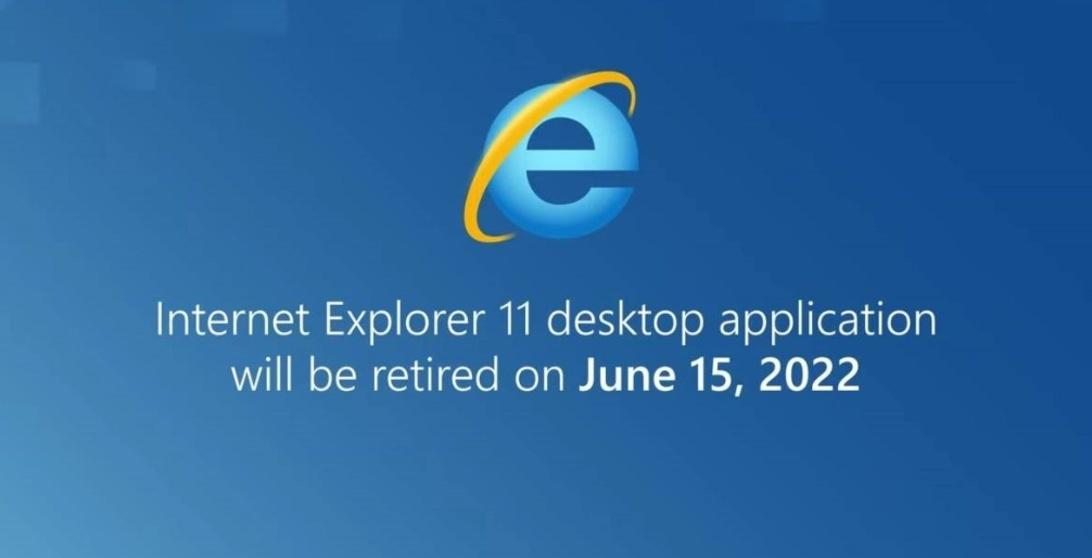 Internet Explorer is being laid to rest

Our dear old friend, Internet Explorer, is finally being retired on June 15th. I dunno about you, but I have some very fond memories of using IE to do all kinds of shit as a kid. IE became the default browser on Windows machines when Windows 95 was around. My first computer was running Windows 95, so it was the first web browser I ever remember using.

Those were simpler times, and IE dominated the web browser market with 95% usage before other browsers started emerging. My dad always called it "Internet Exploder" because it was pretty awful compared to Mozilla and other browsers that were coming out like Opera. Mozilla had to be the second web browser I ever used, but I always ended up going back to IE because some things just worked better in it.

This was back when we had dial-up internet that ran at a blazing fast speed of about 2 kilobytes per second. Man, I can still hear the SCCCRRR EEEE AAHH OOOH AAAAHH EEEEE dial up tone when connecting to the internet like it was yesterday. This also reminds me of the free trial AOL CD's you could get from Walmart that would let you connect for a certain period of time. Man what a nostalgia overload I'm having just thinking about waiting for web pages to load up on Internet Exploder... The sad part is, when IE is officially retired in 2 days, IE probably won't even find out until like 2 days later because it's so slow. But that's something that's going to live forever. The IE meme. This thing was so slow you'd have to wait for it to load just so you could close it.

Obviously, most people haven't used IE in 5-10 years, myself included... But it has always been there. It's like the default gallery app on your Android phone that never gets opened. Most people that are still using IE are only using it to download another browser like Google Chrome or Brave Browser. It's still funny to think that there might be some people out there that are still actually using it on a daily basis that are about to be really upset.

When Microsoft Edge came out in 2016, it was basically already dead. At first, Edge was just as awful but after many years of improvements, it's a decent browser. Don't worry though, IE Mode is still available for compatibility issues with super old websites if you need it. Not sure what the hell website would need to run in IE just to function, but... Shockingly enough, a lot of businesses are going to have to update their systems now. Now that you've hopefully stopped crying because IE is dying, it's time to laugh. It's time to celebrate the existence of one of the most-known pieces of computer software to have ever existed. It's the first browser a lot of people from my generation ever used, and was the foundation for what a lot of browsers were built on. At the time, it was awesome.

Only about a decade too late, it's time to let our old friend IE get some rest. IE is being sent off to the digital afterlife to hang out with Mircrosoft's virtual assistant Clippy. Rest easy, old friend. I might download IE just so I can wait for it to load, then uninstall it just for the nostalgia. Why does this feel so wrong?

The death of IE falls on LEO Power Up Day - June 15th. Let's all power up as much LEO as possible in honor of Internet Explorer. This is truly the end of an era. Pouring one out for the browser that was always there, even if you only used it to download Chrome.

Like Adobe Flash IE needs to rest in peace inside a digital graveyard. Yep, right along with Clippy, AOL, and AIM.

with any luck, next Leo day the guy who created internet explorer will also be dead.

Finally they have been trying to bring that thing back to life for so long.

Perhaps now CSS development can be simplified by no longer having to account for all the hacks required to accommodate M$IE. That effort now rests squarely on FireFox/Gecko browsers.

M$IE will continue to live on in the business world for a few years longer as they migrate to MS Edge web browsers or to some version or flavor of Chrome.