Artificial Intelligence is Getting Scarier by the Day

I recently read about this app that uses AI to create images based on whatever text you feed into it. potentially disturbing images 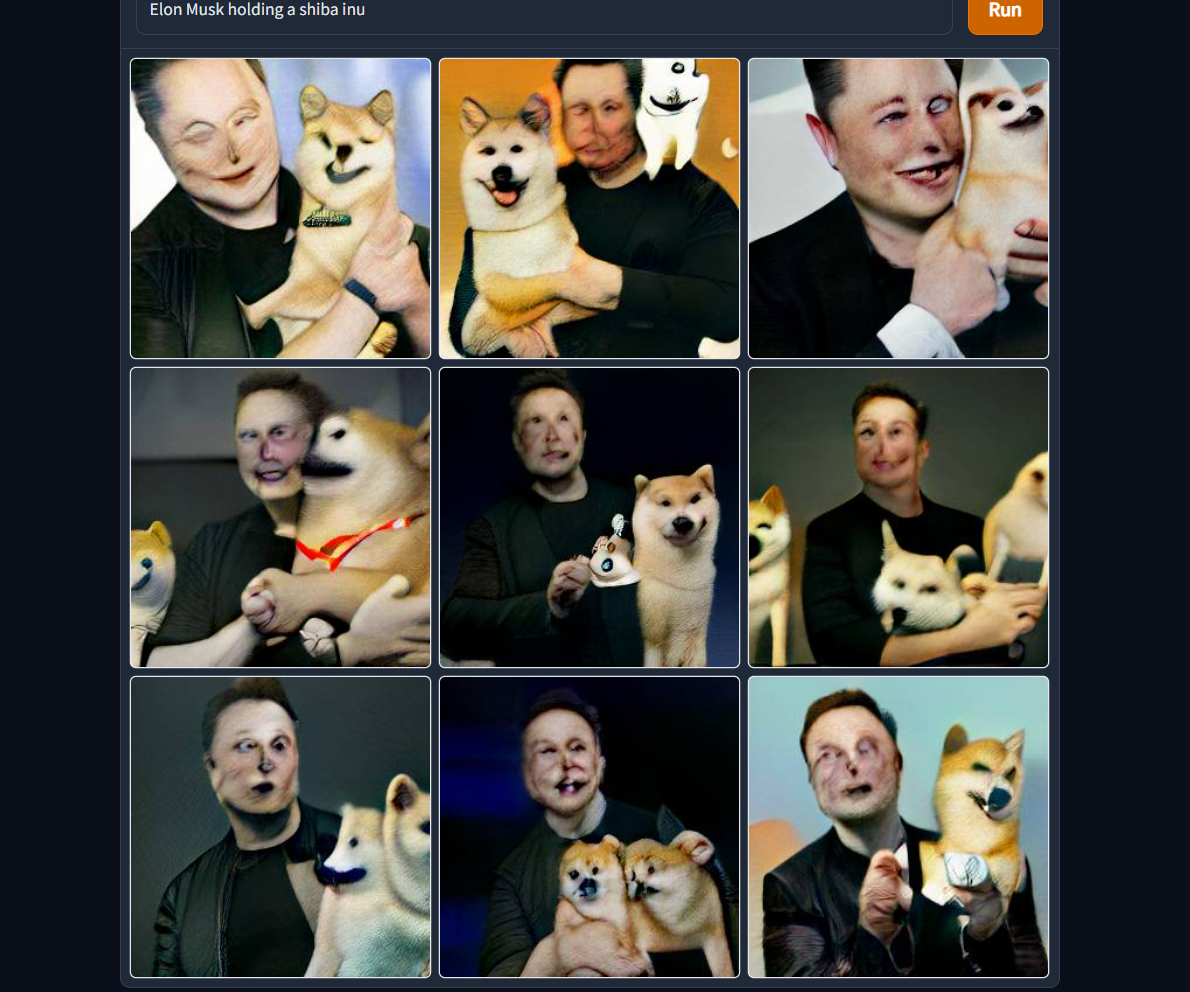 So I was scrolling on Reddit not too long ago, and I came across some weird pictures that someone says were generated with AI. Of course I had to click on it because the pictures were just too weird to not find the origin of. After learning that anyone can use this app to generate infinite images, I had to give it a test. DALL-E is a neural network created by independent developers using OpenAI that generates 9 images based on whatever text is fed into it.

Without actually seeing what it generates, that sounds pretty boring. But you absolutely have to play with this thing. I have a feeling a lot of NFTs are about to be generated from it. Some things come out pretty awful, but the more data that's fed in the better it will get. The amount of different things this app recognizes and can create is kinda scary.

I mean, just look at the cover image. I typed "Elon Musk holding a shiba inu" and was presented with 9 absolute masterpieces. The fact that you can enter literally any text and this thing will try to make an image from it is... also scary. You can probably imagine why. Do yourself a favor and go play with DALL-E Mini. 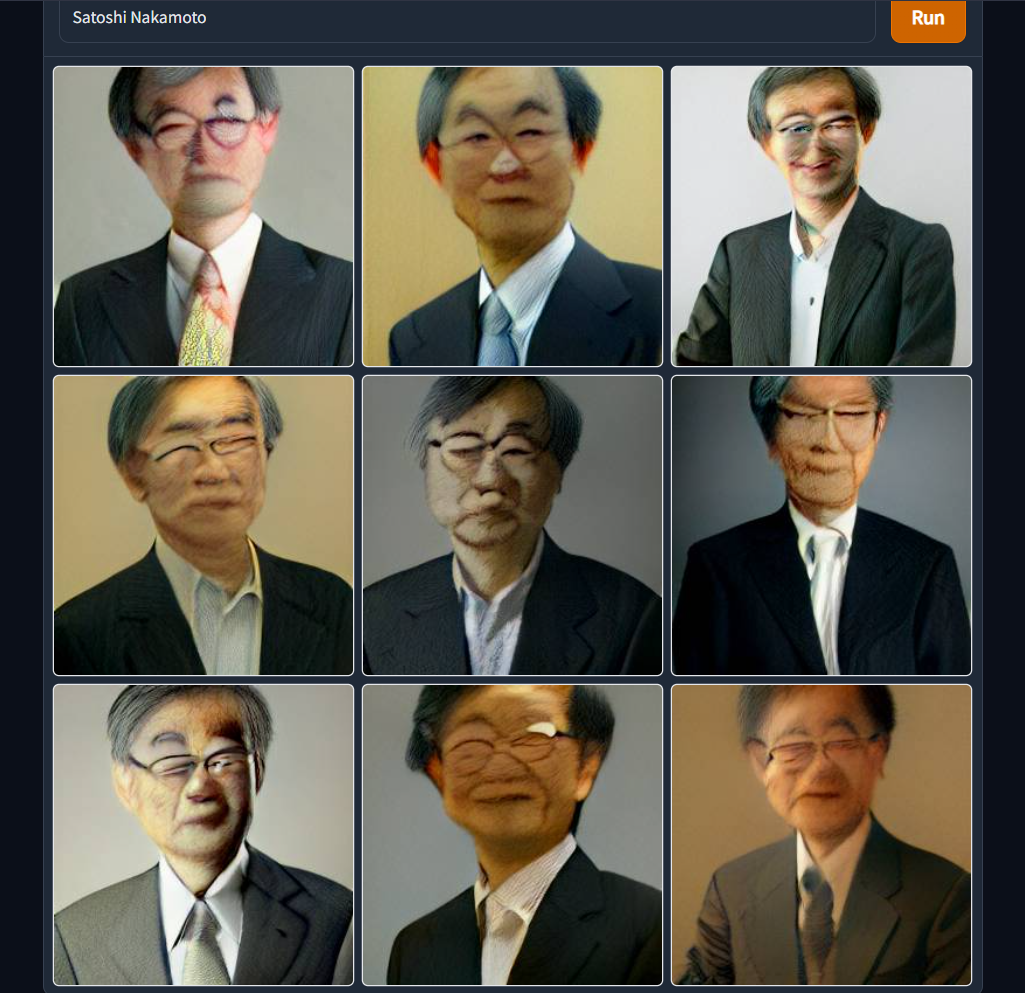 I though I'd go ahead and save you the trouble, it does not know who the real Satoshi Nakamoto is. It recognizes the name and attempts to create an image of Dorian Satoshi Nakamoto, which is not the actual creator of Bitcoin. I personally think the real Satoshi is Hal Finney, but we will never know. After this, I decided I needed see what this thing could really do.

Let's try some more complex strings of text. Honestly I didn't have a whole lot of faith at first, but the level of detail this thing gets from the text is very impressive. I tried thinking of something out there but not too out there and came up with "Spongebob Squarepants with a sword in Skyrim" and DALL-E did not disappoint.

The fact that it recognized that I wanted it to look like Spongebob was in the game Elder Scrolls Skyrim is impressive. It even has the fucking compass at the top of the screen as if you're playing the game. It straight up plopped our old yellow sponge friend down in the open world of the game and attempted to give him a sword. Granted Spongebob does look like he's going to eat your soul in a lot of these... 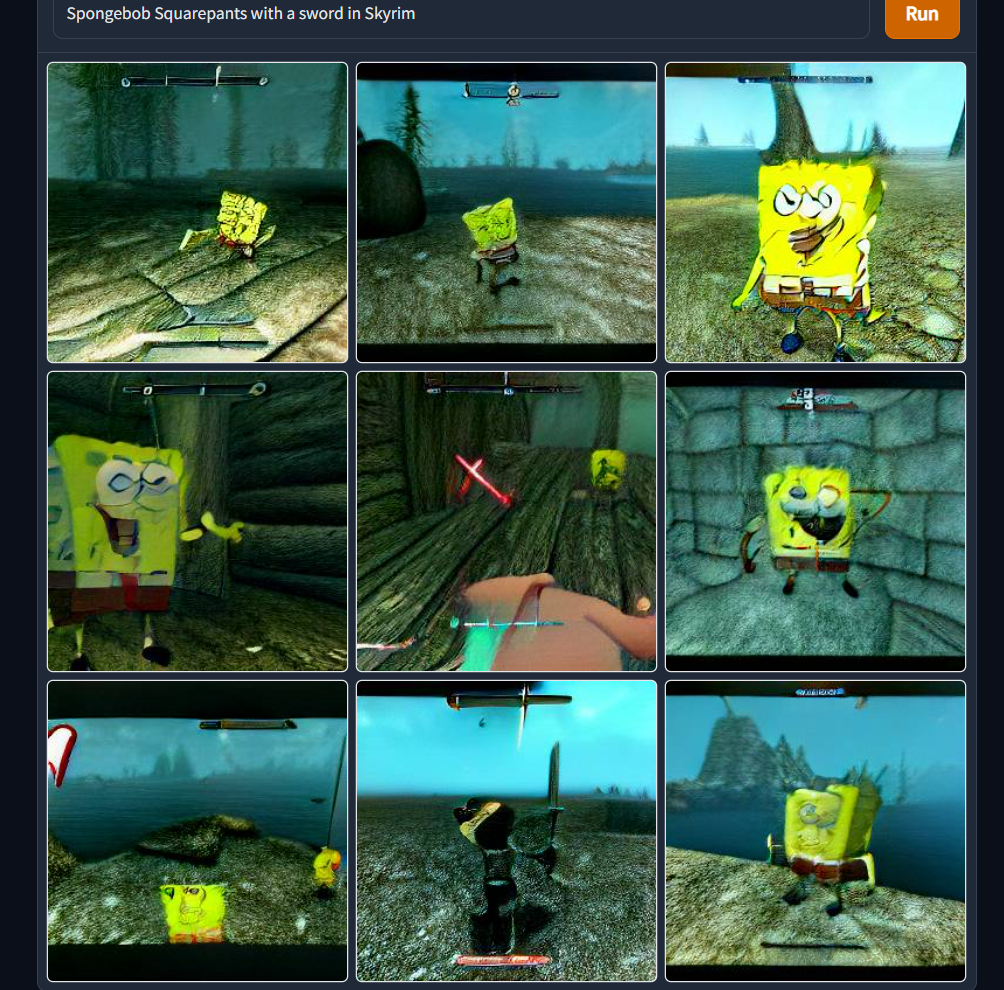 This thing is getting so much use that often you have to try multiple times to submit your text. It's overloaded because the internet is doing what the internet does when they discover something like this. People all over the world are generating thousands of images, only making the AI smarter with every submission. We are literally feeding infinite amounts of data into this neural engine that it could become self aware lol.

Something I was thinking about earlier while watching some good ole YouToobs was AI becoming sentient. At this point we have AI capable of doing all kinds of crazy shit like making deepfakes, these weird images, and tons of things we use on a daily basis. Whether you realize it or not, AI is all around you. When you're browsing the internet, AI is figuring out what to advertise to you.

When you're using your smartphone for GPS, AI is figuring out routes and traffic data. When your doing most things with technology, AI is being used in all kinds of ways. Hell, we have AI that's capable of driving a car around in a busy city, as Tesla has demonstrated. I'm not saying that's a good idea but you get the point. It's only getting smarter.

I tried "Sonic the Hedgehog in New York wearing sunglasses and a red shirt" and holy shit if it didn't nail it. 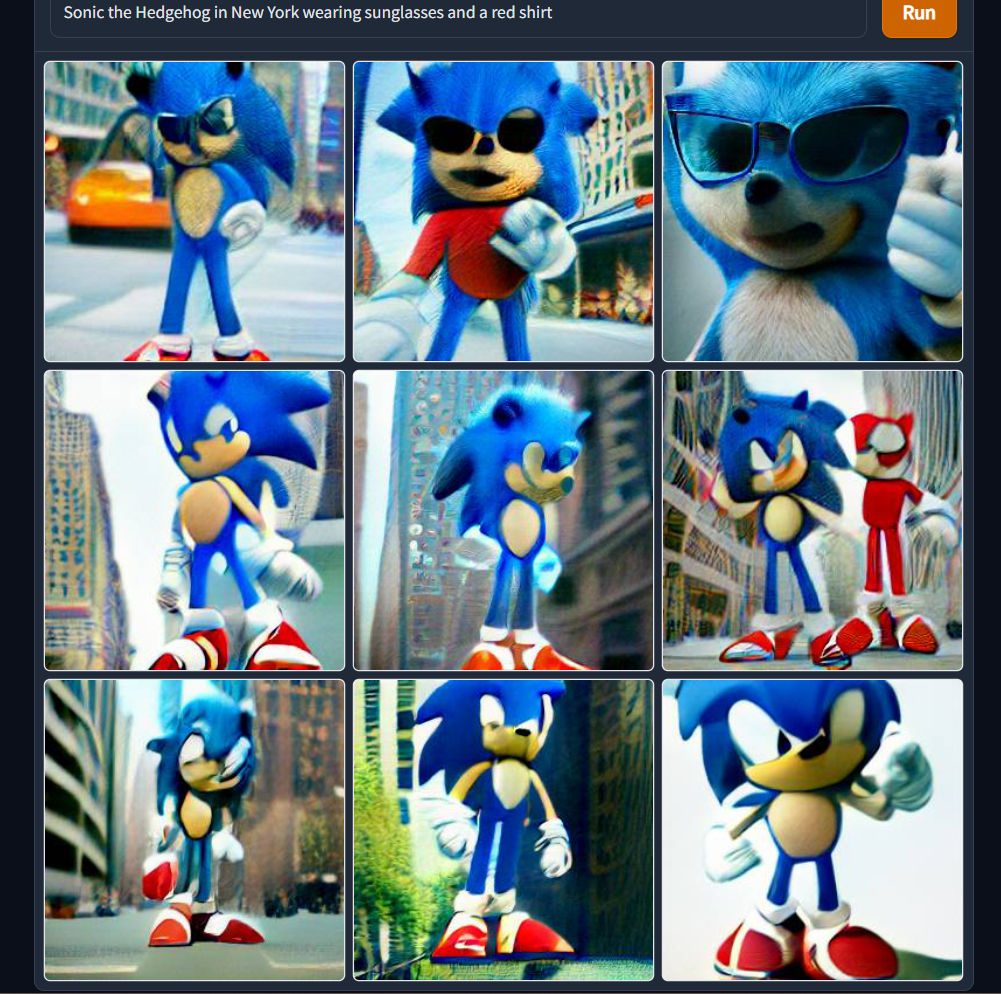 I've been thinking a lot about artificial intelligence. At some point, it's going to get smart enough to realize that humans are inferior. Think about it. AI can't die, doesn't need to eat, can do most things instantly, and is always getting smarter. Humans had to be told not to eat Tide pods! Do you really think we stand a chance when AI becomes self aware and decides that it would be better off without us?

Ok I know this is getting a little out there. I'm not here preaching doomsday shit or anything like that. I'm just doing a little bit of thinking outside of crypto because looking at the crypto market right now feels like getting gut punched. I'm not stopping with the crypto content, don't worry. I'm just exploring some more topics while the noise is lower.

Now go generate some crazy weird stuff and drop them in the comments! Let's see what you come up with.

This app is literally messed up the images, somewhat graphic or 18 plus kinda stuff appears after the text submission. AI is way more powerful than it was a decade ago. Thanks to new highly sophisticated coding and image recognition software.

AI is just doing what it is able to do based on the information it's given. This is also just a demo. It's a very powerful technology.

I also just was playing with AI images recently but always distorted.

Yeah, it's definitely not perfect. Just a cool demonstration of what AI can do.