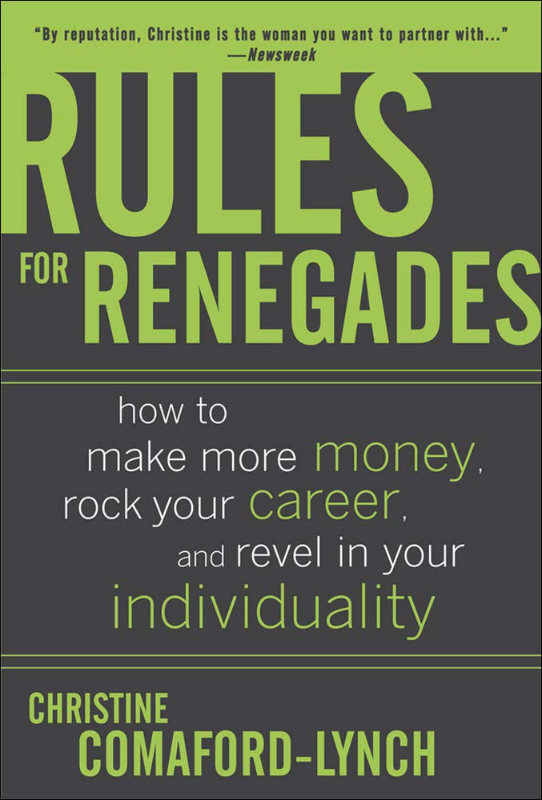 The title was interesting, even though for me it conjured up a Saul Alinsky book in my mind (Rules for Radicals anyone?), which it was nothing like. This book was another self-indulgent bragfest that was reminiscent of the recent book I read by Richard Branson. Review here:

I think in many ways these folks have a distorted view of what success is and how it is obtained. They write books on the assumption that individual results can be duplicated, momentum doesn't matter, and that circumstantial luck is never involved.

I'm not sure where this book helps you with:

how to make more money, rock your career, and revel in your individuality.

Okay, maybe it did the last part. She certainly was reveling in her individuality. It took the self-promotion to another level. Right out the starting gate she admits to lying on a job application. Then she proceeds to brag about sleeping with a bevy of billionaires, including Bill Gates of Microsoft, and Larry Ellison of Oracle.

To me she's no renegade, she's someone that rode some success from being early staff at Microsoft as many did. There are some interesting and thought provoking anecdotes from that period and others. The chapter on financing your business deserves honorable mention, I thought it would be a good jump-off point if you need funding. This was not enough that I would ever consider buying this for anything more than a buck or two at a thrift store, which is what I did. Your life would not be any less full if you skipped this one.

Yeah, the title is very catchy.

Looks can be deceiving!

It is really a nice book where the desire of working towards success can be achieved. Thanks for sharing

Clearly, thanks for reading.

Congratulations @joshman! You have completed the following achievement on the Hive blockchain and have been rewarded with new badge(s):

Dear @joshman,
May I ask you to review and support the Dev Marketing Proposal (https://peakd.com/me/proposals/232) we presented on Conference Day 1 at HiveFest?
The campaign aims to onboard new application developers to grow our ecosystem. If you missed the presentation, you can watch it on YouTube.
You cast your vote for the proposal on Peakd, Ecency,