joshman (73)in LeoFinance • 3 months ago 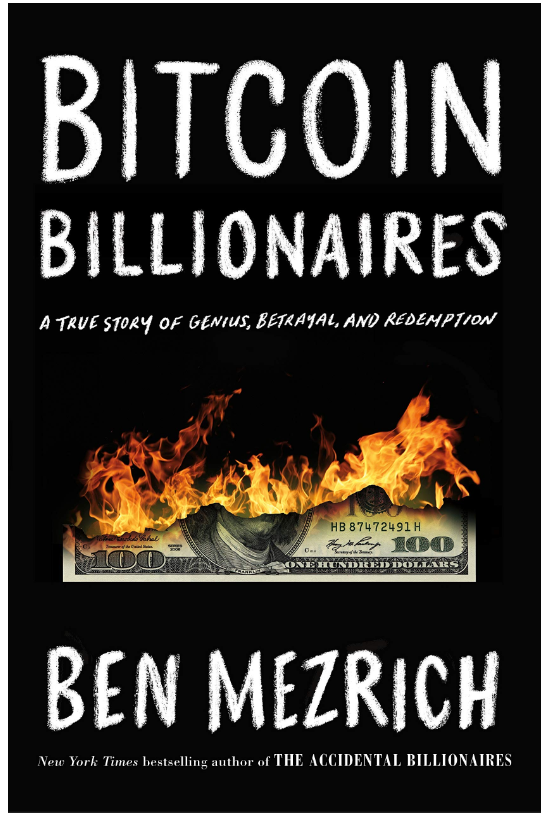 Published in 2019, this book filled in a lot of blanks for me. There are so many personalities in the Bitcoin space that are interconnected in some way. I knew for instance that Charlie Shrem was the CEO of Bitinstant, but I didn't realize that Roger Ver was an early investor, or that the Winklevoss twins were investors as well. I just knew that Shrem had gone to jail for running afoul of New York's money landering/transmission laws. I knew that the Winkelvi owned a large amount of Bitcoin, but I was not aware they owned a full one percent of the total supply. That's more Bitcoin than Microstrategy has, and most of it was purchased sub $100. I thought the writing was great, but at the same time there was quite a bit of fluff about the Winkelvi and their battle with Mark Zuckerberg. That being said, Mezrich had a body of work to draw from, having written The Accidental Billionaires in 2009, which became the basis of the popular 2010 film The Social Network. It's good to know that the Winkelvi will get the last laugh when it came to the whole Facebook drama. If the Bitcoin market cap ever exceeds that of gold, their collective wealth will dwarf that of Zuckerberg. This is especially true as Facebook begins to fade from relevance. Let's hear it for Web 3.0! Given that this is almost a sequel to The Social Network, it makes me want to read that as well. I've read quite a bit about the early history of Bitcoin (2008-2012), but this book was a great resource for its middle history (2012-2015). For the most part I thought this was an entertaining and engaging read, and would recommend it to anyone interested in this time period for Bitcoin.

I've only recently gotten into crypto and its extensive history still amazes me. What astounds me even more is how much it was ridiculed and downplayed in the past, still even now, but how much promise and change it is capable of bringing or already brought. I'll have to add Bitcoin Billionaires to my list of must-reads. I would love to see a sequel to The Social Network called, The Crypto Network -- but perhaps that would reduce the history of crypto to too small an area. But owning 1 full-percent of the BTC supply is amazing.

Seems really informative, the fade of Facebook is really shocking 😂

In short, many things are known about this book for you.

Your post is now featured on Bitcoin Billionaires: A True Story of Genius, Betrayal, and Redemption the book page!