Hive, the Lauchpad for other projects [SIGNA listed on H-E]

jocieprosza (64)in LeoFinance • 10 months ago

It's happening - Signa is being listed on Hive-Engine. Last week I've made the promise to help list signa by moving all my liquid income to help fund listing Signa on Hive. So I'm proud to report I got 12k of LISTHIVE tokens on signum blockchain.

If you don't know what I am talking about check this post here.

It does sound complicated and I must admit that I really hate doing it that way, swapping through H-E swap.signa is going to be much easier and cheaper, at least I hope so, because the bridge is between H-E and wSigna token on BSC. If a bridge is possible between Signum and BSC, it is possible to create a direct one with Hive. I think that Singum community will benefit from close ties with Hive.

Let's get to the main point though. Signa is being listed as the project got 1000 BEE and now you can trade it on H-E.

So what is going to happen with funds gathered? This funds will be used as a liquidity in diesel pool, listhive tokens will be exchanged for BTFGCake (pasive income token run by @btfg), at least I think so. The project is not over yet, though.

I did share some thoughts on how they can more out of this: 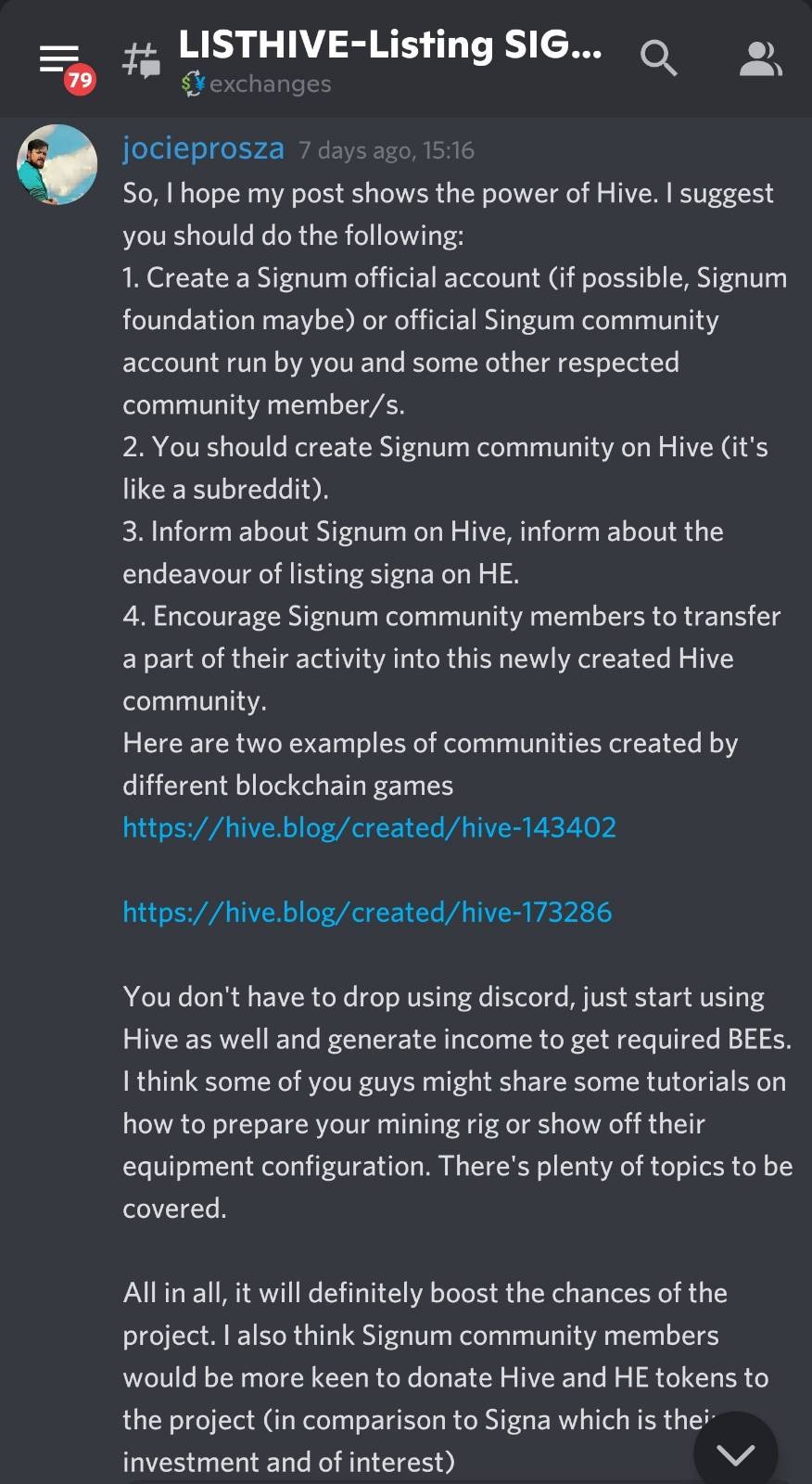 You can read more on Signu on the project's site https://www.signum.network

You are breathtaking!
I have only 309 Listhive tokens.

Congratulations @jocieprosza! You have completed the following achievement on the Hive blockchain and have been rewarded with new badge(s):