Report | One Month on LeoFinance and 2021 Goals It was almost one month ago when I wrote my first post here on LeoFinance. I did receive a nice and warm welcome from most of you. Because of that, I felt that LeoFinance is a strong community where each other support, and that I wanted to be part of it.

Also, I discovered that this place is always opened to debate and learn from different experiences and points of view, this results in a healthy community.

For me, it was a month to experiment and discover new things. As consequence, I started a few small projects on the Hive Ecosystem, so If I had to keep it short I would say: blogging, gaming, and investments.

I had to say I didn’t write on a blog in 10 years and it was in Spanish. Therefore, writing posts in English is not being easy for me but I have the feeling of improving, I’d have taken classes at the language exchange school of my city but due to coronavirus I avoided it but probably I'll try again later this year.

So far last month, I was able to write 12 posts and nearly 80 comments between Hive and LeoFinance. This activity generated around 35 Leo and 20 Hive and an invaluable amount of joy and satisfaction for myself. 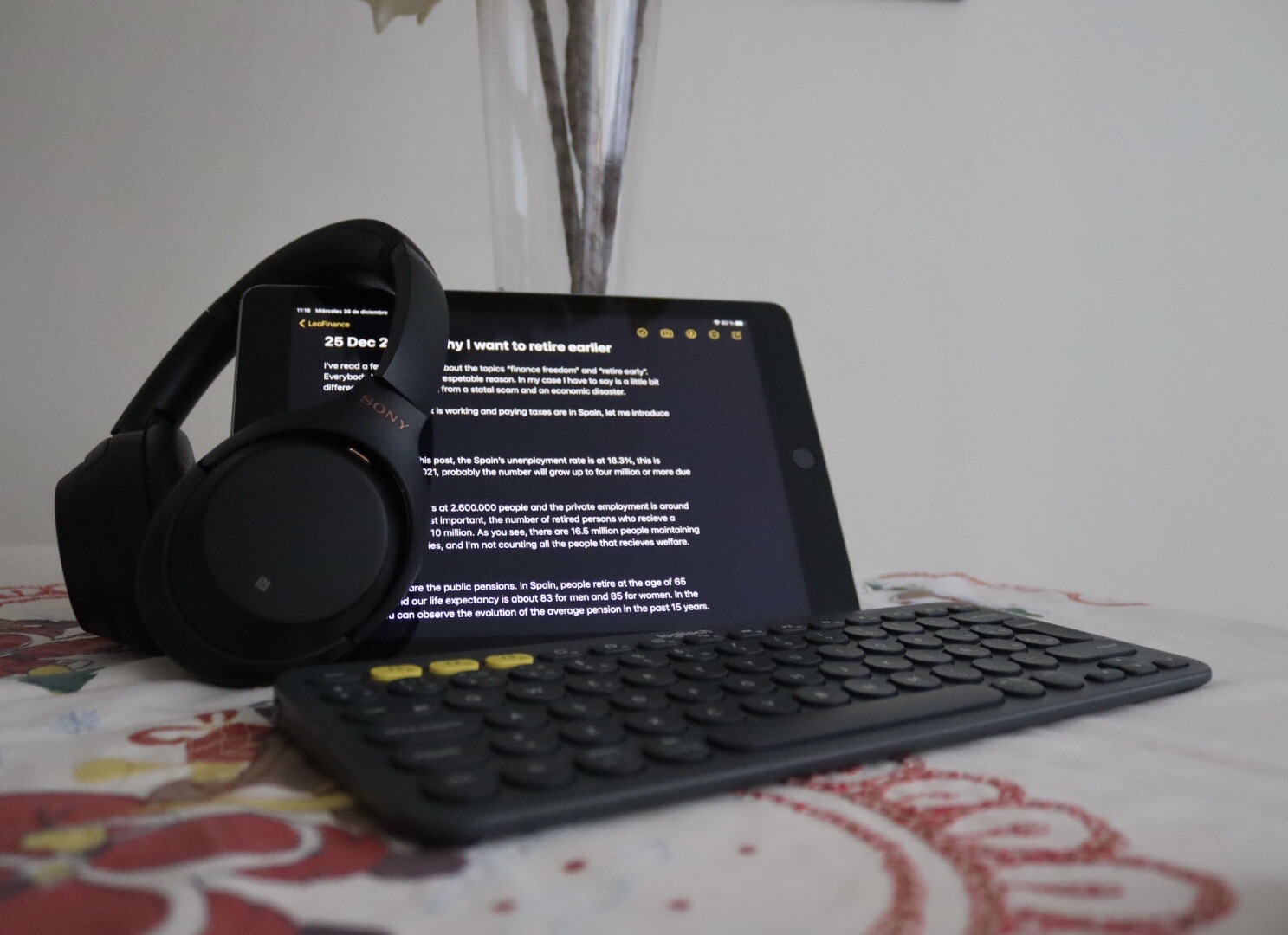 Looks like 2021 will be the year of web browser games again, at least for me. Who remembers Ogame, Ikariam, Travian, , and many others? These were good old days and a lot of bad nights.

In December, I started to play all the complete pack of browser games on Hive. Because I didn’t play long enough, I will do a quick review:

A few days ago I delegated all my HP to @leo.voter and is returning 0.003 Leo per day, I consider this pretty nice for nearly 17 HP. Other than that, I earned some SPT, PAL, NEOXAG, and many others. I delegated all my SPT to @monster-curator because the user behind is doing a fantastic job curating Splinterlands content, a job for which I don’t have enough time. However, I’m still looking for other accounts to delegate the other tokens on my wallet.

Also, I bought my firsts LBI tokens, 19 in total. The team behind (@lbi-token) is pretty solid and they are doing an awesome job. Therefore, I will be buying more LBI each month.

For this year, my goals will be based only on my previous month:

I will keep my activity on the rest of the Hive communities but I will focus more on LeoFinance. Also, I will write one high-quality post on my personal Spanish crypto blog per week, and I will be also writing translated versions of my posts between LeoFinance, my blog, and vice versa.

For my personal goals, I’ll keep improving my writing skills to deliver more and better high-quality content, and also my English grammar because sometimes I feel the lack of skill. Said that, if you would like to share any good resource with me about those 2 topics I will be eternally grateful to you.

I hope this year will be better for all of us in each aspect of our life. I wish you a happy new year!

Special thanks and mention to @tbnfl4sun, without your help, I wouldn’t have enough RC to engage this much on Leo.

You laid out your thoughts and goals perfectly! The more you write, the more you will improve your skills and I believe you'll achieve your 1000LP goal much faster than by the end of the year!

As for the English. I'm using a Grammarly extension on my browser - it helps you build sentences in the right way, and also checks your grammar. A free version is all it takes to be one level better.

Good luck with achieving your goals and have a productively brilliant year ahead!

Thanks for your words @bagofincome!

I appreciate your feedback, thanks.

This was great to read and I'll be curating your posts. (my voting power is down right now but I'll hit you tomorrow from both cflclosers and tulwave) Keep the excitement, diligence, and have fun!

Thank you so much for your support @cflclosers!

Thanks for the shout out, I'm glad you are making goals and continuing your writing, my English stinks and it's my language. I think this group has accepted that we come from all over the world and cant be perfect.
Splinterlands only works if you put a lot of money into it, I agree that it completely is terrible for new players!

As far as i see it you are doing a pretty awesome job. You have dived in all the games, (i agree about splinterlands) and earning from them. You have also delegated, earning your first passive income and you make posts and comments! Fantastic job!

I am 100% certain that you will achieve all your goals and a lot sooner than you expecting!

Seems like a good plan. Good luck with it!

More info why you see this.

I see what you did, thanks 😂

Congratulations @jmsansan.leo! You have completed the following achievement on the Hive blockchain and have been rewarded with new badge(s) :