Check out the daily chart for the last 24 hours for HIVE: 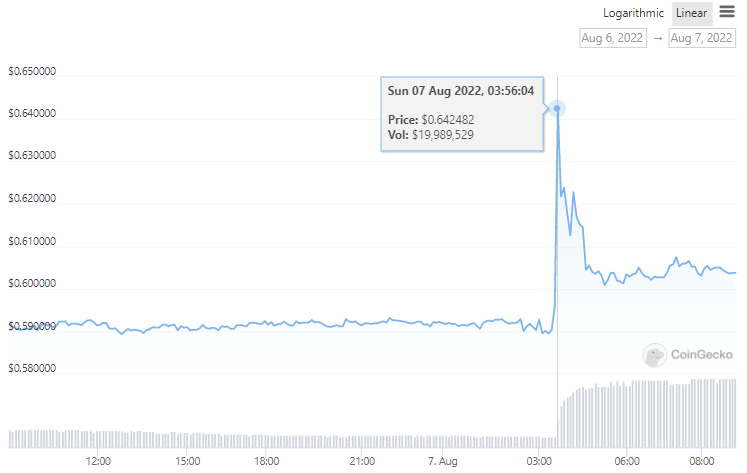 We just had another mini-pump for HIVE.

In the grander scheme of things, you can't even see it, because the volume is now 40m USD compared to over 700m USD when I checked during last week's pump. But still at least 4x more than the regular daily volume, and with most of it coming from the same market and trading pair.

Compared to what we had last week, this is merely a bump, but it shares some common treats with that one. 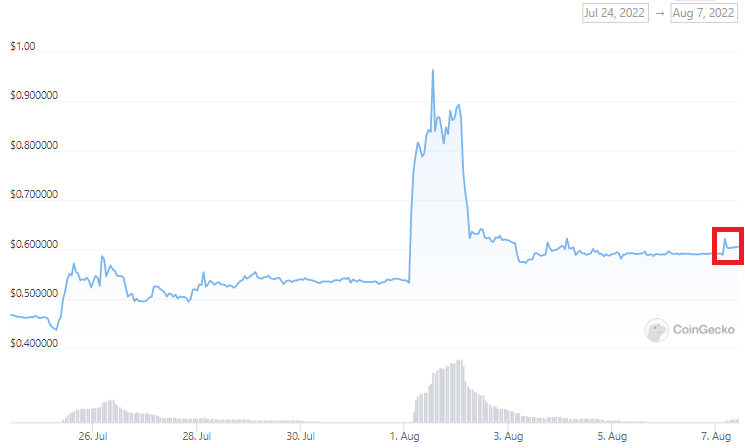 A few common characteristics I noticed about these movements are:

I think it's time to strengthen our HIVE and HBD derivatives, as Taskmaster suggested since we can't grow our native HIVE liquidity sufficiently to deal with a sudden increase in demand, without shaking the foundation of the HIVE economy.

That being said I decided to take some steps myself, which may reflect on an unpredictable evolution of my HIVE Power because I will keep some liquid HIVE or in liquidity pools, and I don't count those toward my goal until I power up HIVE.

Having most of my HIVE powered up also affected my HIVE Power goal during the previous pump, because I was unable to take advantage of it to a higher degree. 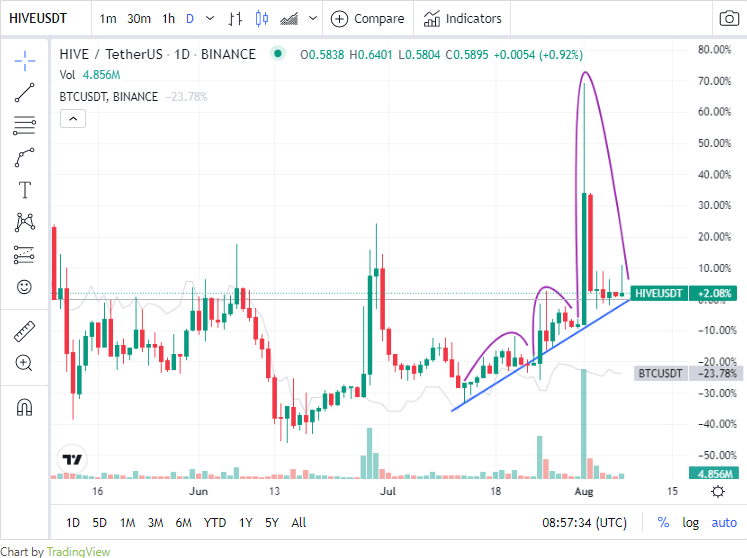 Do you think there's room for a bigger wave coming before Hive's hard fork? And how high would that be? That would be pretty wild and, maybe... unlikely, since everyone started positioning for such an eventuality.

I decided to replace the "expected" column with "needed". Shows an exact difference of what is still needed to achieve the goal.

7591 HP needed until the year-end to complete this goal, that's a lot.

As I mentioned earlier, I started to keep HIVE liquid or in liquidity pools from this week, and that affects my power-ups for now. But wouldn't have been better to have 1000+ HIVE liquid when last week's pump happened, instead of a couple of SWAP.HIVE?

I mentioned last week that I'll give a boost to this goal, and I did. Another boost will come for the LPUD. This week I added 537 LEO to my stake, and that's 1388 LEO more than when I start tracking this goal, 7 weeks ago.

143 LEO per week are currently needed to complete this goal by the year-end.

The SPS staking goal is COMPLETED!

Normally, I won't be staking any more SPS, at least not in the near future.

My decision is to use SPS to help max out my CL set. In-between, it will stay in liquidity pools.

The overall situation, to better gauge my progress, because I still need to push hard on this goal:

I'm still opening packs as I earn more alchemy and legendary potions. With some additional purchases, I consider my Chaos Agent maxed, although it will be level 9 and I'll have some other lower-level cards rented out. The rest will come from pack opening and, if necessary, I'll buy any remaining ones at the end.

I also won't open all packs, probably will keep 100 of them unopened, because they will raise in price and they should be pretty liquid.

I agree with the liquidity issue but I don't really know if I can call that a pump. In crypto, volatility is huge and that 5 cents for Hive doesn't really seem that large.

Maybe yesterday wasn't intended as a pump. I just tend to be circumspect with high volume coming from Upbit, legitimate or not, given their track record.

Be sure to check out SplinterGlossary which is a database of Splinterlands terms and concepts. Use the links for enhancement of your articles along with link building.

@gadrian is doing a terrific job of building it out.

Thanks for the plug, Task! Yep, lots of terms to link already.

That was a very brief pump! Good work towards your goals. Having some liquid hive around seems the smart thing to do at the moment.

That was a very brief pump!

Yep, I wouldn't have even seen it, if I hadn't looked at the chart to decide what to do next with HIVE.

im looking for a good entry point for my next hive purchase. Man I would be happy with $0,4x again

Thanks, John! After today, I feel a little more positive about reaching my HP goal this year.