The Berlin Wall Inside Our Minds

dragosroua (74)in LeoFinance • 6 months ago 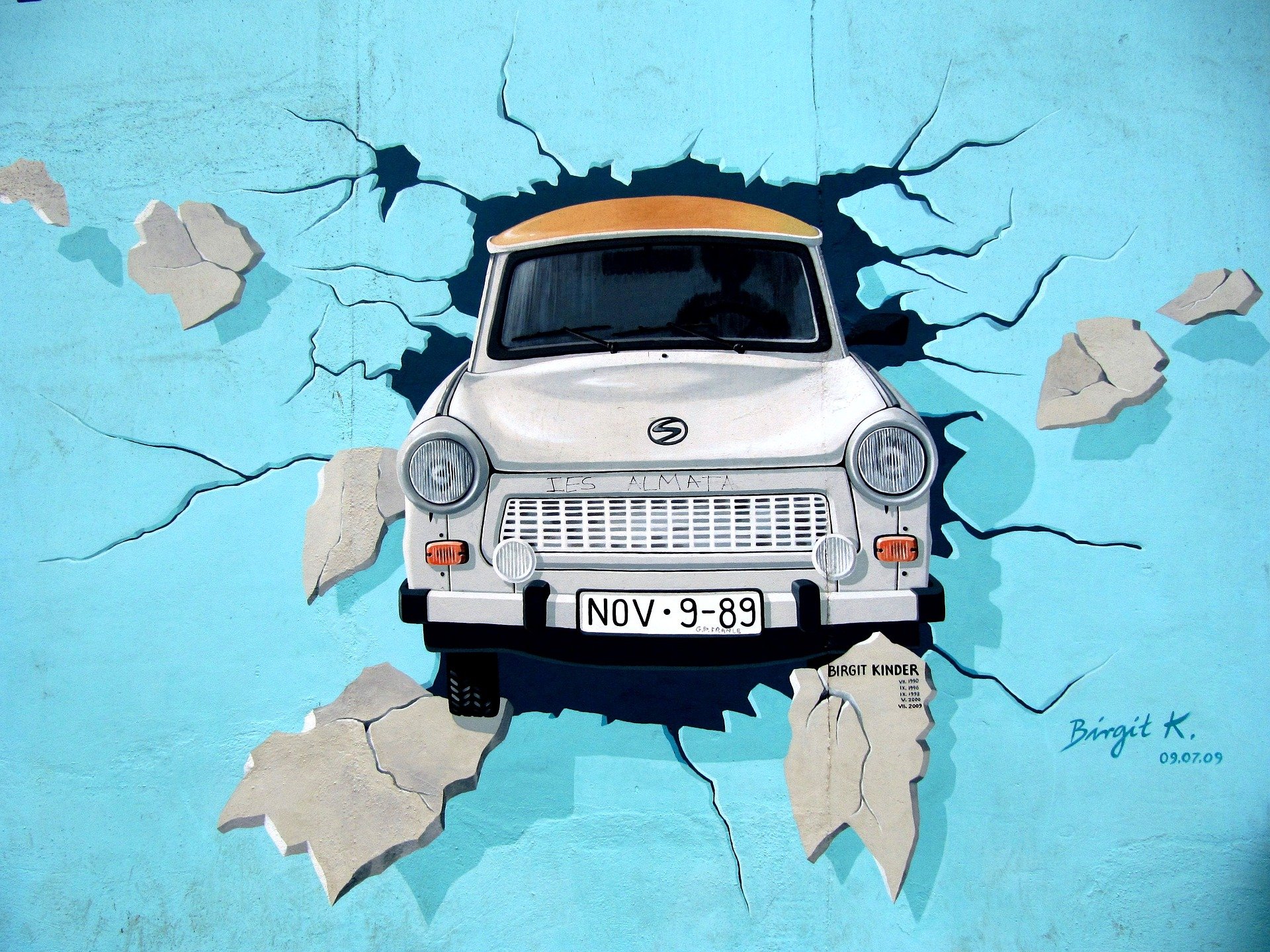 I lived in a communist country, Romania, until I was 19. Just after I turned 19, Romania went through a process called “the Romanian Revolution” (which turned out to be not quite a revolution, after a few years) at the end of which it became a democracy.

But until then, the farthest place allowed for us to travel was the Berlin wall, in Eastern Germany. Going beyond that place was incredibly difficult, basically impossible. The Berlin wall was the prison’s fence. Our territory (and with it, our opportunities and our lifestyle) was restricted to it.

The Berlin wall fell on November 9th, 1989 – just a day before my birthday. After that, the world experienced 3 decades of relative freedom. Until 2019, that is, or, to be more precise, until the beginning of 2020.

From the moment we learned about a global pandemic, a new type of wall emerged. This time, because the entire world was territorially shut down, it was in our minds. It was a new boundary, created by fear. Although now we are starting to reboot the world, and experience a bit of freedom of movement, the walls have been already created.

They are there, in our minds, shaping our actions day in and day out.

Wearing a mask puts you on this, or on the other side of the wall.

Getting vaccinated against Covid puts you on this, or on the other side of the wall.

The polarization created by media and governments, greatly supported by our inherent fear, which was hijacked cynically by ruthless actors, is now real. You can see it on the streets, in the way we choose our social circle, in the way we work, in the way we travel, or don’t travel.

It’s all in our heads. The wall, I mean. It has no real support whatsoever. It was all built for months, adding brick of fear on top of brick of fear, until some of us decided to give in. To accept “protection” against of an enemy we never really know. Some of us met it (in my social circle, many went through the illness) only to realize it wasn’t even remotely as dangerous as it was described. But it was already too late. The wall was built, and our mental map was reshaped.

It will be interesting to see what are the boundaries of this new wall in the next decades. How the world will be shaped by it. How clear the differences, the places, the castes created by it.

Sometimes I believe (or it is just wishful thinking?) that this wall will fall much faster than the old, physical Berlin wall. Maybe in the next 4-5 years. Just as violently as the old wall, but much faster.

I already know how it is on the “bad” side.

Initially published on my blog.

Thanks for this interesting post. I just wrote articles that go quite in the same direction. A few walls will fall in the years to come, and some of them very violently, I fear.

This is a great angle to view the effects of the covid-19 pandemic from. I believe it will not take up to those 4 or 5 years before the covid wall falls, but my fear is that another wall may be erected, maybe not related to health. It could be in technology, or race. Although I doubt the possibility of race erecting a major wall ever again.

Interesting comparison of Covid with the Berlin wall, I no nothing about the Berlin wall at least this post gave me a glimpse of what the wall is all about.

Covid on the other hand has caused some of us lose our sense of reasoning, people are fucking scared like they will never die if they survive Covid. This is a wall fabricated to restrict humans in several ways and inflict more hardships.

I can only hope we overcome it sooner than later. The consequences of continually preventing humans from social interaction as well as economic shutdowns are quite dreadful.

I never lived in a communist country, but I did cross the wall to have a look at East Berlin in 1990 as the wall was coming down. Some of my family visited Romania in communist times and found it grim.

I am not sure how comparable the current situation is. My life is not too affected apart from not being able to go to the office and a lack of events (music and running). Is wearing a mask that bad? People have done it for years in parts of Asia with no outcry that I have heard of. It probably reduces the spread of various diseases besides COVID.

Of course some politicians and businesses are exploiting the situation, but then they also exploit the threat of terrorism and environmental threats. I see a lot of crap about all these topics, but people who may be seeking their own advantage. They may overestimate the cunning of our leaders.

I hope better times are ahead, but we have to be vigilant to protect our freedoms without descending into unwarranted paranoia.

Some of my family visited Romania in communist times and found it grim.

I am not sure how comparable the current situation is.

On the surface, even life in Romania was bearable, it wasn't a prison. And the freedoms weren't taken all at once, it was a so-called "Overtone window", they were slowly and gradually diminished.

At the moment, current restrictions are not at the "grim" level, but the trend is going clearly in that direction, that I can tell, based on my previous 19 years of experience. The "Overtone window" has been cracked open.

It still remains to be seen if this trend will continue, it will stop, or even be reversed in the direction of more self-sovereignty and freedom. Some of the reversal trends are starting to get traction (like trials against freedoms limitations during lockdowns, or the illegality of PCR tests for traveling, which are both popping up more often these days), but it's still early.

Is wearing a mask that bad?

I only found out how bad it is once I stopped wearing it. Suddenly I felt beautifully naked ;)
In Austria it takes quite some courage to do this, and I only dare it at gas stations and small shops. The reward for that courage: Most people react with big smiles!

Wearing a mask is that bad, if it is not voluntary (and not really necessary).

I rarely have to wear one and I don't mind doing so if it only makes people feel better. All very well being a 'rebel', but you have no idea if you are actually infecting people or not. Crap gets talked by politicians and sceptics.

Anyway, getting my second jab soon. You should buy Microsoft stock!

No stocks, no jabs for me.
Also no need to be a rebel for me ;) , just one responsible human signalling educated dissent.