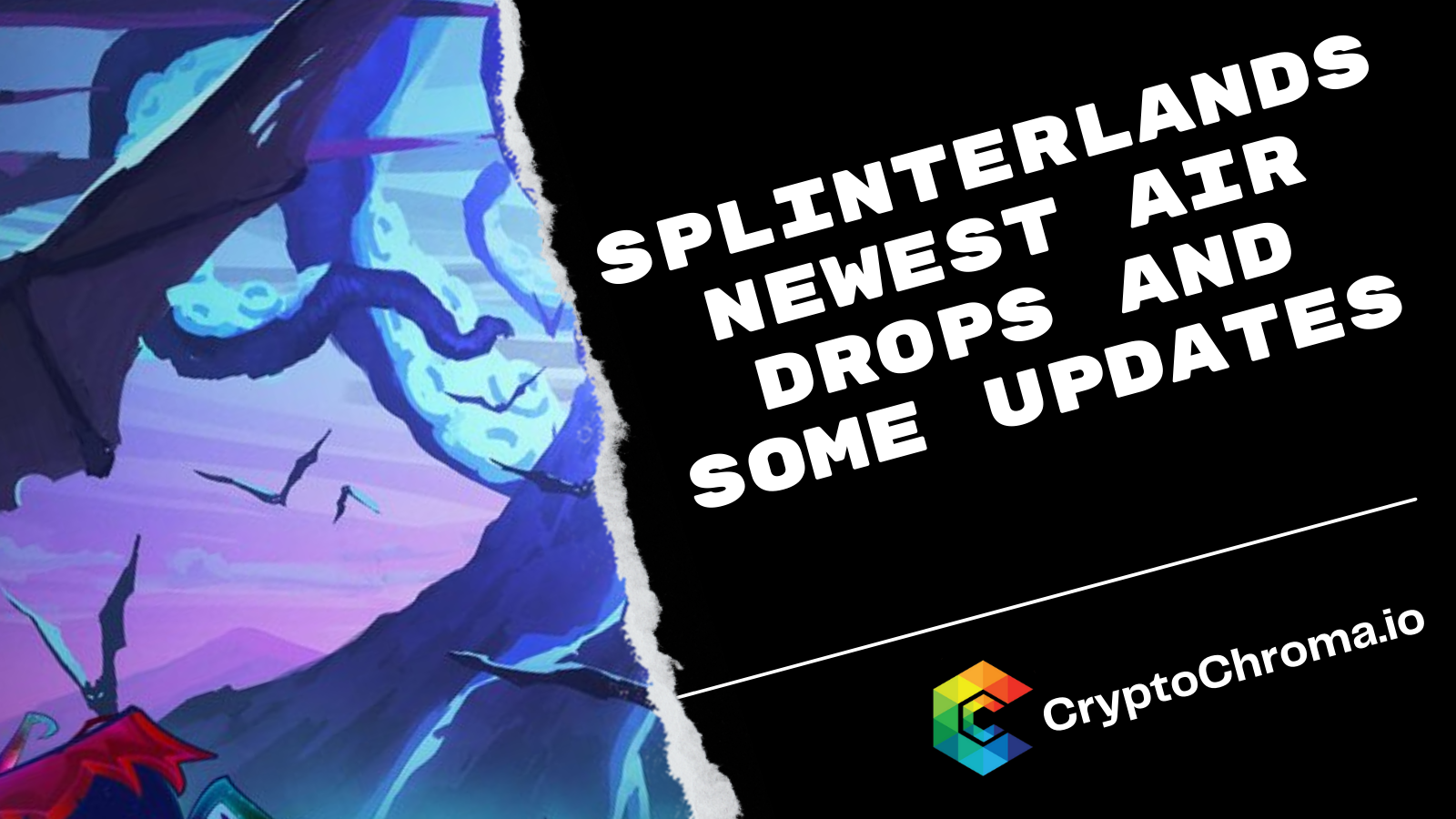 Even with markets turning downwards which I feel might be a trend here for at least another month or so due to many reasons at the start of the year Splinterlands has had a rather explosive day yesterday and now at the 24 hour mark we can recap just how it went.

Yesterday we had the official launch of Chaos packs to the general public where everything is selling for $4 each or with vouchers and bulk ordering you could get that down to $3.33 per pack. 2,000 packs + 200 vouchers. I saw a number of people questioning why packs where selling on the secondary market for under $4 and above shows you exactly why. One important note however is packs bought on the secondary market do not count towards any of the airdrops. With 11 airdrops coming and I believe 3 today buying packs from the game itself hold a bit more value at the potential of landing air dropped cards over a period of time.

Part of the initial public launch was any packs bought in the first 24 hours would be counted for ALL airdrops. Every 1 million packs sold triggers an airdrop. With 8.6 million packs left that means we should be in for 3 airdrops today of which I listed below including how many I picked up from my 1,221 packs which from a recent announcement I have a few hours left. The ultimate goal would be 3,850 packs that count towards the airdrop. The should ensure that I can max level the legendary airdrop cards which is a serious amount of power to add to the deck at no extra cost. Plus I'll be picking up some within pack openings thus building out that 2nd deck for renting and selling that I wanted to do.

Three airdrop cards will take place from what i's hearing but part of me thinks we might be on to a 4th very soon if not today with only 600k packs needed to be sold. After that I think we will start seeing things really slow down in terms of pack sales.

I believer 15 million packs was a bit much and at $4 pop I feel like it was more of a way to get people involved in the game at a lower price. However when new packs get releases I personally feel these packs are going to sell higher than $4 each and with that also have a lower supply perhaps. Thus overall increasing the value for SPS holders and rewards as we roll into the later stages of the game this year including land. So while things are low priced now I don't think it's going to last longer than 6 months at the most.

I also feel like SPS is near it's bottom and will stay here for maybe a month or two. However after that the supply drop and amount being dished out is going to drop by some pretty drastic numbers per day. For me this means prime time to stock up and move towards that 1 million SPS milestone I have. Of course I wont be hitting it right away and I expect a fair amount from battles, guild battles and the constant airdrop by year end goal for Splinterlands is 1 million SPS which should set me up rather well for anything new released in the game.

I think I'll do another 200 pack opening tonight and record it for you all everyone seems to enjoy those. Plus I'm sure by then we will have even more updates about Splinterlands to go over including investment talk and strats.

*This article is for entertainment purposes only and is not financial advise.

I think SPS will still require some more utility before it goes back up. The good thing is that the VOUCHERs still have quite a bit of value with the general sale going on as it's cheaper to buy a bonus pack then it is to buy a pack alone.