Splinterlands Airdrops and the Power Of Packs! 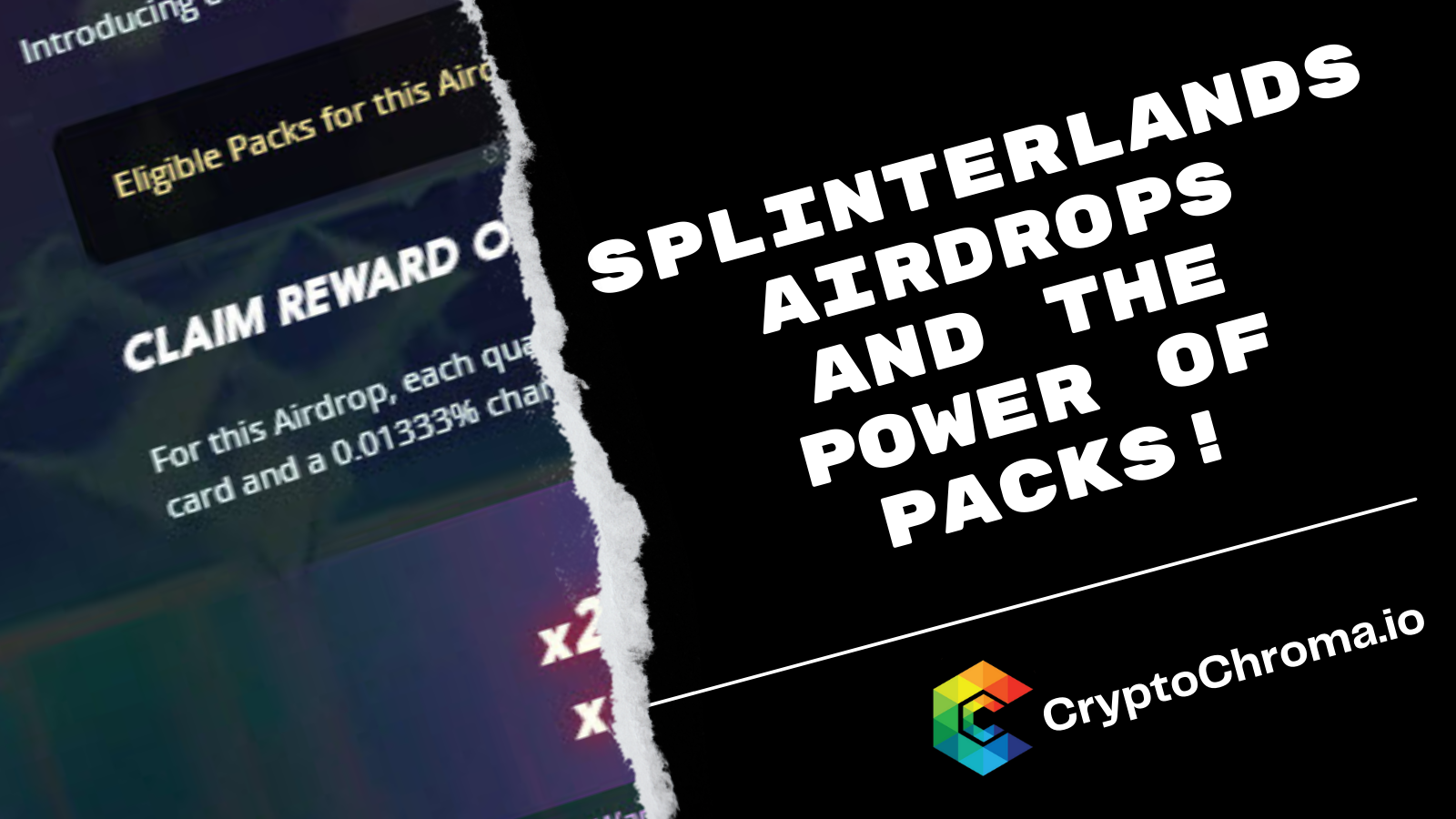 Splinterlands Airdrops and the Power of Packs!

Today was the day for two brand new airdrops to those who have bought chaos packs during the alpha sale and presale. Those cards are

Legendary cards are often hard to come by but right now you can grab non gold foils of these cards for a decent price off of the secondary markets. You'll most likely be able to pick them up for even lower prices once the public sale starts as 12 million more packs will be hitting the open market. (A part of me thinks doubling up the amount of packs to be sold might have been a little too much but time will tell)

I currently have 1,098 packs bought of Chaos and from that I now get a airdrop chance from all of those packs. 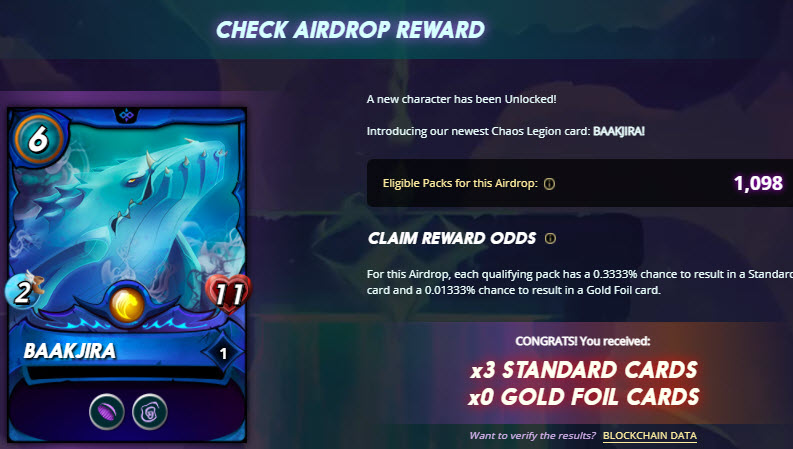 The first landed me 3 of the standard cards for Baakjra While that sounds not so great it actully gives me enough to already level this card to level 2 which promotes it to now have the stats of 2 speed, 0 shield 12 health and a new ability called strengthen which gives all of my cards increased health! These cards are currently selling for about $25 each which means I was just airdropped $75 worth in value right now if I sold today. (However a big part of me feels if I hold on to these till after all Chaos packs are sold out we should start to see prices climb. 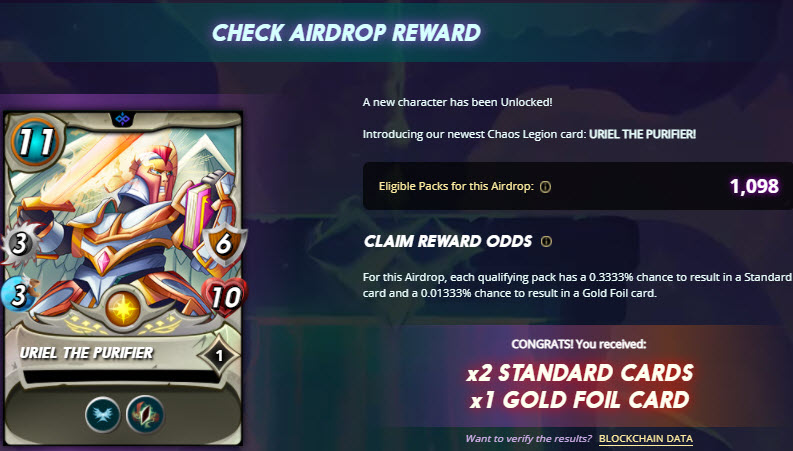 The second air drop card landed me a nice little surprise. While I only got 2 of the standard foils which means I need one more to upgrade it it also landed me a gold foil card! Personally I don't really go after these because the cost of them is so high while the rewards earned from them just doesn't seem to be there (personal opinion) but the gold foil is currently worth $193 on the market! While the other two are selling for $18.

That gives me a grand total in terms of price of the cards from the airdrop to $304 in free cards airdropped to me. Total cost about $4,000 maybe a little less because of bulk buying packs and getting some for free. I think it total I landed about 200 packs for free for bulk buying.

This is my own personal plan. It's going to really depend on how fast these chaos packs sell out. If they sell out stupid fast I'll most likely play the holder game with the packs I have yet to have opened. From there depending on market price I'll buy them from there and play the holder game again till they are all sold out. I feel like packs should go for at least $20 each once they are all sold out for a bit as untamed packs are selling for about $45 each and that's even with the massive turn down in the market. Before these where hitting around $70 each.

I know for sure though I want to max out at least one deck of Chaos packs but I don't want to over stretch myself for a 2nd to rent out. I don't feel the rent value will replace the cost value but we will have to see. Primarily the 2nd deck that will be rented will focus on Legendary cards maxed only.

So I wrote about my plans for CryptoChroma.io a few days ago and part of that will include writing some about play2earn games such as Splinterlands. That site alone has landed me hundreds for new affiliates over on splinterlands and from that I've been able to pick up about 20 or so free packs from affiliate commissions which I feel I can bump up even more with some dedicated work.

How did your air drop go? Let me know in the comments.

Hi @bitcoinflood
Wow!
Thats an impressive number of packs purchased and you will be in a good position to get airdropped cards and profit from them handsomely.
Great Strategy.