GameFi On The Rise (What Games Offer This) 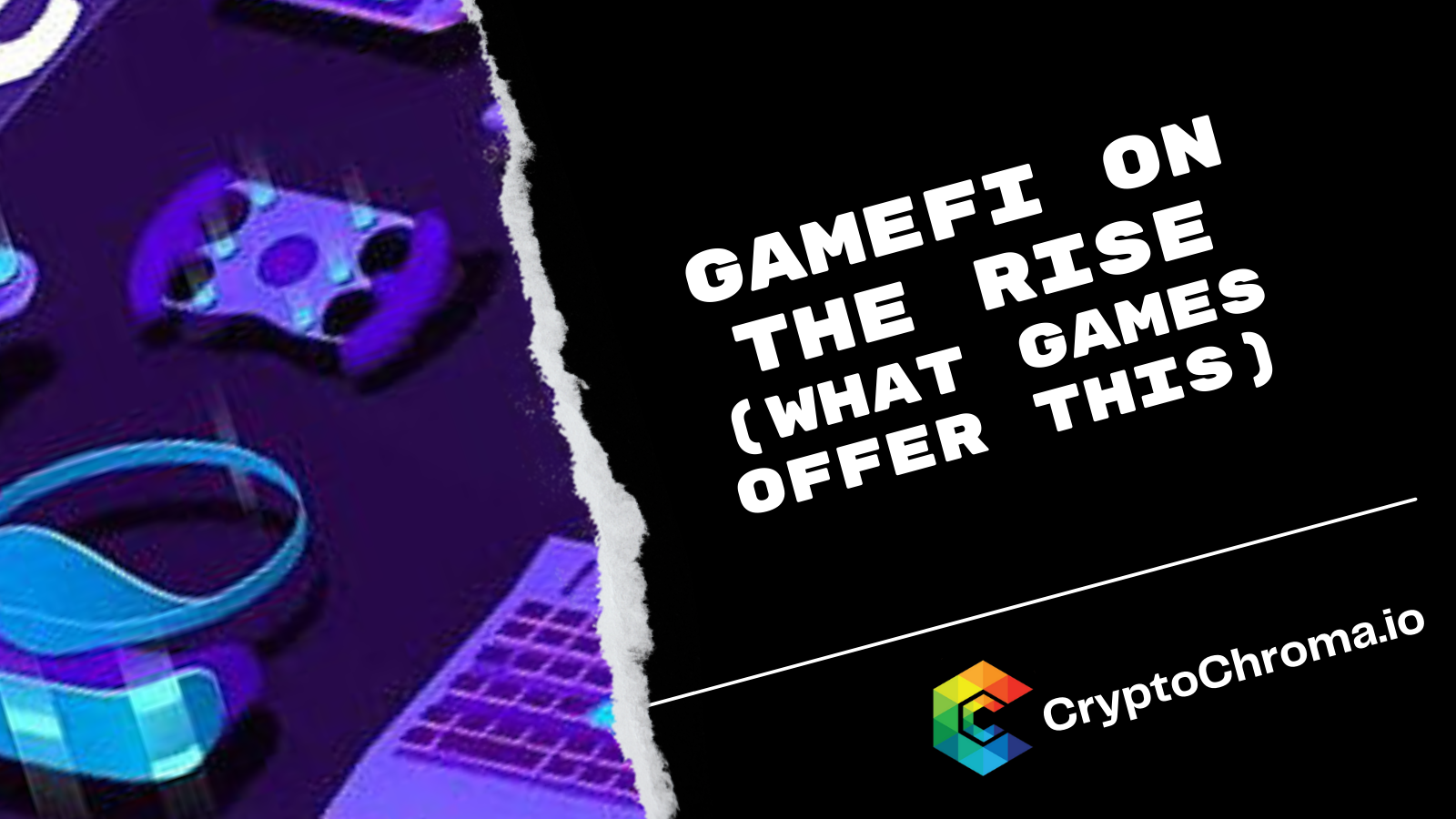 GameFi On The Rise (What Games Offer This)

2021 was the rise of play to earn games or as we know them as #play2earn or #p2e on twitter. This marshaled in one of the largest gaming moves in history as the game world has become and honestly always has been one of the highest market caps ever. Combining transitional old school gaming many have fallen in love with at a younger age and applying it to a play to earn level has attracted many investors who are now old enough to do so. It's also attracted the younger generations that are interested in crypto. For some reason the generation after that seems to be on the stupid train of NFTs are bad (hopefully they get over that real fast and not be brainwashed by dumb influencers)

Gamefi is the blend of play to earn and DeFi both of which hit new highs and trends in 2021. It's also said that DeFi and Games will have another great year here in 2022 and I see no reason why that wouldn't be the case as growth is still massive in this area.

It allows players to trade, lend and rent out winnings and even borrow against them. We are seeing this to some extent already right here on hive with Splinterlands with the renting out of cards, SPS governance staking token and from the white paper more is on the way.

Things such as renting out lands, mining resources from lands, renting out cards and more are all cases of what could be classed as GameFi. Allowing other to come on to your lands to mine or craft are possible things that could setup Splinterlands into this process of GameFi.

Splinterlands runs on the following DEC which is a token earned in game which can be used to rent and buy cards it's also used to buy potions. It also uses a governance token SPS which has a few use cases but many more on the way. It also uses NFTs in terms of cards which are in limited supply. You earn these tokens and cards through playing of the game or buying packs to open for cards.

These tokens can increase in value and nfts can increase in values depending on what's going on in the game and what changes. You might think it's crazy but honestly for myself I think it's crazy people play other games and don't get anything back from it. For example many games charge a one time $50 fee while others are free to play. However in almost all cases now micro transactions have been added. Those come in the shape of DLCs, expansions of the game, skins, premium monthly memberships and so much more. At the end of the day you've honestly got nothing. It has no value as it sits on your account and via TOS you agreed to you're not allowed to sell your account. If that server or game goes offline and falls out of popularity you lose everything! No NFTs you get to keep, no tokens no nothing.

IN 2021 we saw a little over 500 active blockchain type games. 2020 there were just 200. Over 800 million in transactions took place on these games in a single month which is a drop in the bucket when you look at number from other games that are none NFT games such as Fortnite where a single set of Fortnite skins made them 50 million. We have also seen some companies look into offering up NFTs to gamers but so far much of that has been meet with backlash for whatever stupid reason. Like I said above I really hope those who are all up on their high horse right now about pollution and NFTs etc talking negative about them quickly change their mind otherwise they are going to be left in the dust real fast. What's also funny is we see social media cancel culture taking foot on this topic as well. For some reason people and companies will listen to a few very out spoken people instead of looking at the $ numbers. A mistake that's going to cost them big as GameFi takes off this year.

What GameFi games do you play or are looking forward to this year?

What GameFi games do you play or are looking forward to this year?

I can't wait for this one, a real shooter game!

that one does sound pretty epic. Fortnite type vibes with crypto in it could be a real game changer!

Blockchain gaming will be the way, and the companies that won't adapt... well I don't predict them a bright future. I'm open to more games, but they have to be fun; for now, Splinterlands is more than enough! I do play AW, but can't even consider it a game, seeing how crap it is.

For sure GameFi will thrive in the future as players are also investors in most of the cases.

Ya it seems from what ive read the rejection of NFT gaming by main stream seems to be borne out of confusion and associating nfts with microtransaction sales methods that the game companies are already using. All it will take is 1 game to break through to the youth and go viral and have real earnings and its over, NFT gaming will explode.

GameFi concept seems perfect to game lovers. Play to earn or p2e sounds good. I prefer blogging but its amazing for crypto lovers and game lovers that they can earn when play. I've no suggestion at this time but game lovers can suggest their choices. Thanks!

Just that gamification and tokenization want to take over everything. That's good update

Splinterlands runs on the following DEC which is a token earned in game which can be used to rent and buy cards it's also used to buy potions. It also uses a governance token SPS which has a few use cases but many more on the way.

I am super excited for SPS future. Right now, it is the best time to accumulate as much as SPS at 0.15$ because in future we will not get this low price. Thank you for sharing valuable information here.