A Sneak Peak Into a NON Decentralized Crypto World 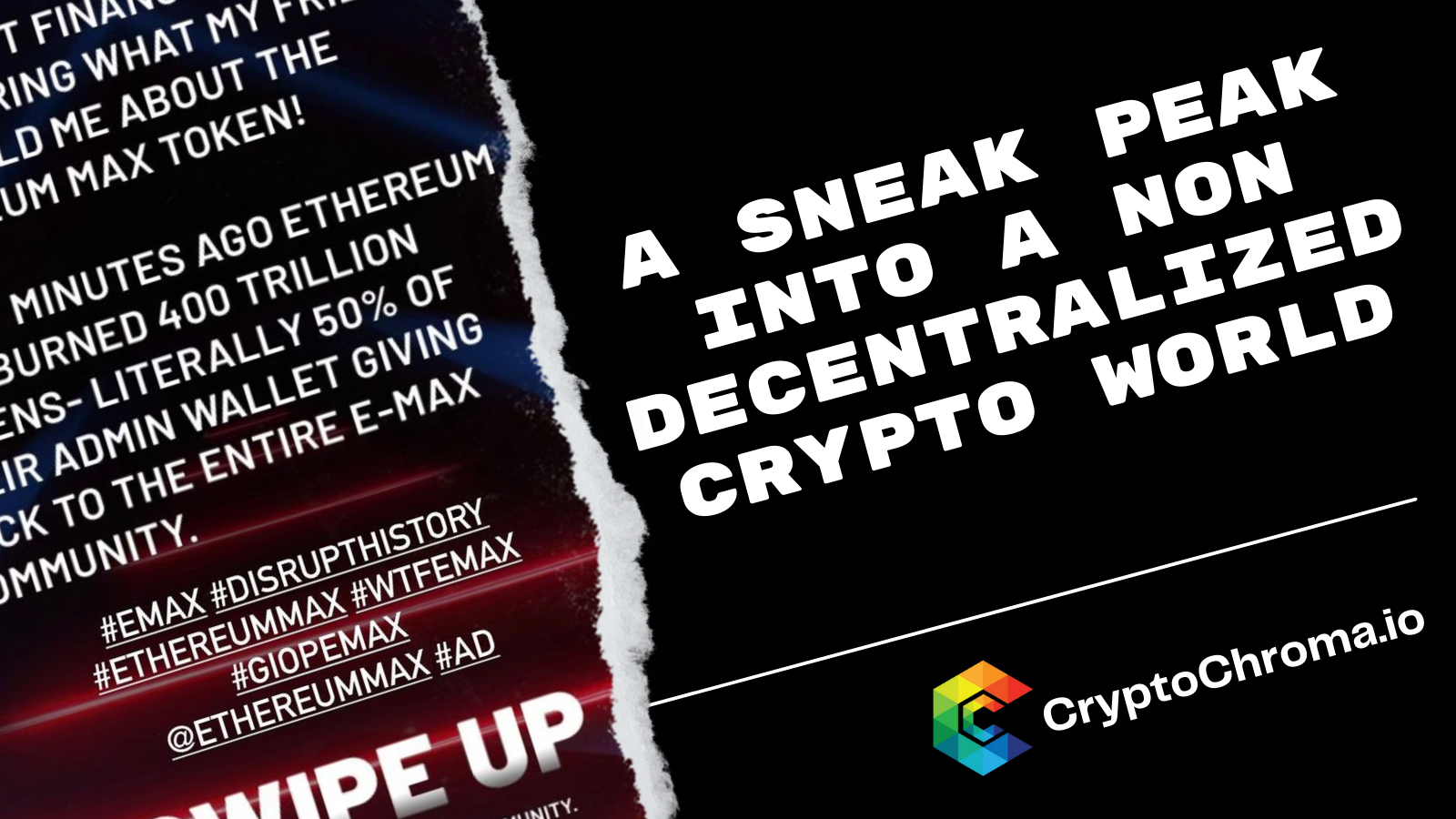 A Sneak Peak Into a NON Decentralized Crypto World

Last year we saw a lot of crazy happen. We saw the boom of NFTs artwork and more crypto tokens and with all of that we saw some rather shady things happen. Scam artwork, copyright infringements, hyped up shit tokens and cryptos that only purpose was to make the owner rich and screw everyone else over.

Now in a decentralized crypto world you suck it up, learn your lessons I hope and move on to be a better person and not fall for these jerks. However today we got news that Kim Kardashian and Floyd Mayweather Jr. are being sued for their involvement in an alleged crypto scam.

This is where people need to take responsibility for their actions and for listening to influencers before doing their own research. It's an issue that ALWAYS comes up year after year and it's what primes SEC to dip their toes in. What happens? The SEC walks into massive lawsuits that eat up all the money and investors are left with nothing. A completely pointless system that's just another arm in government to take more money away from people even worse then what the original scam was in the first place!

What's really crazy is it pretty much has the normal this is not financial advice disclaimer right at the top. So you're trying to tell me that's not even enough. At some point soon you won't be able to say a damn thing without someone trying to sue you for it online. It's legit nuts take a look at the ad or post she's being sued for making. 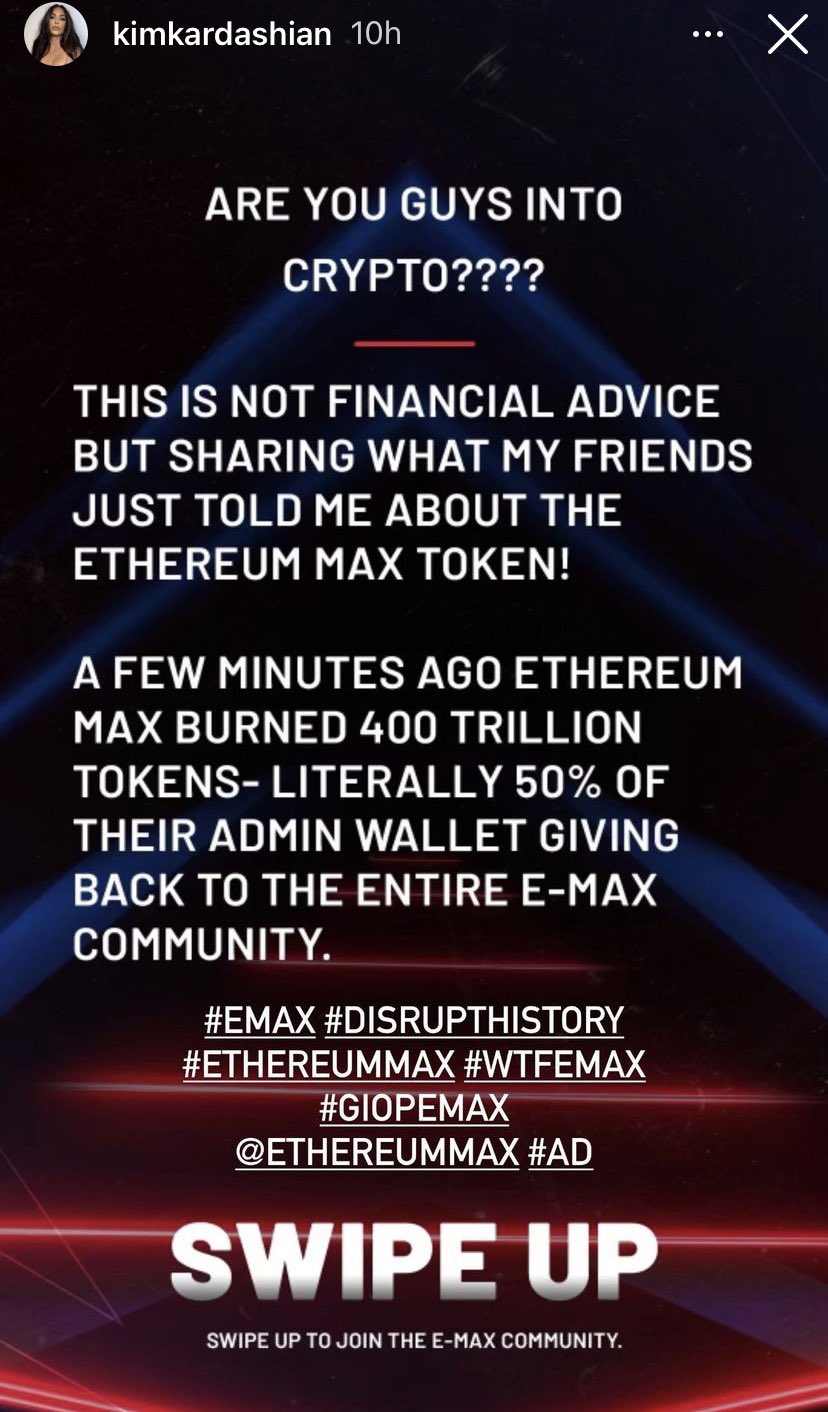 Now I have to admit, as an investor myself as soon as I hear some BS about 400 trillion tokens being burned and that kind of crap it already screams scam and to stay away. Most of these so called projects are based on one thing providing rewards back to those who stake or hold that token in their wallet for every transaction and then burning some stupid number of tokens to make it "look good" and that's it. These tokens provide nothing of value to crypto and scream scam for days. Yet, people are always after a quick buck and will dump their life savings into this stuff. To me people need to be accountable for being dumb enough to buy into something like this and thus should just have to pay it and deal with it instead of begging the government to fix their mistakes. It's a mentality we need to seriously get away from.

So what are your thoughts about things such as this. Should people just be held responsible for their own mistakes or should governments step in and other laws and hold the people saying things accountable?

Obviously these sorts of celeb endorsements are just agents selling screen time on their social accounts.

Kim doesn't know anything about crypto or care what she's flogging.

And all the power to her!

Sure it's scammy, but surely the government has bigger things to worry about than holding the hands of stupid people to 'protect' them?

I though the Mark Cuban situation was even better. He goes around touting the merits of DeFi on Ethereum, right up to the point where he got rug pulled. As soon as that happens, he screams for regulation.

oh yeah I remember that BS. Just another classic example of where people need to seriously start taking responsibility and stop turning to government for their mistakes.

I agree with your overall assessment, but honestly I feel celebrities tend to manipulate the masses for personal gain all the time and wouldn't be surprised if this is just a publicity stunt gone awry.

Not to mention, this is really nothing new. People have been suing for ridiculous reasons, and making ridiculous claims of entitlement in that pursuit for as long as we've had a court system to game.

Someone once sued Yellowstone National Park for not having a sign up to warn that people outside during an electrical storm may get struck by lightning. The real issue in this is how the court rules and the reasoning for it.