A Big Day For Play2Earn and Investors 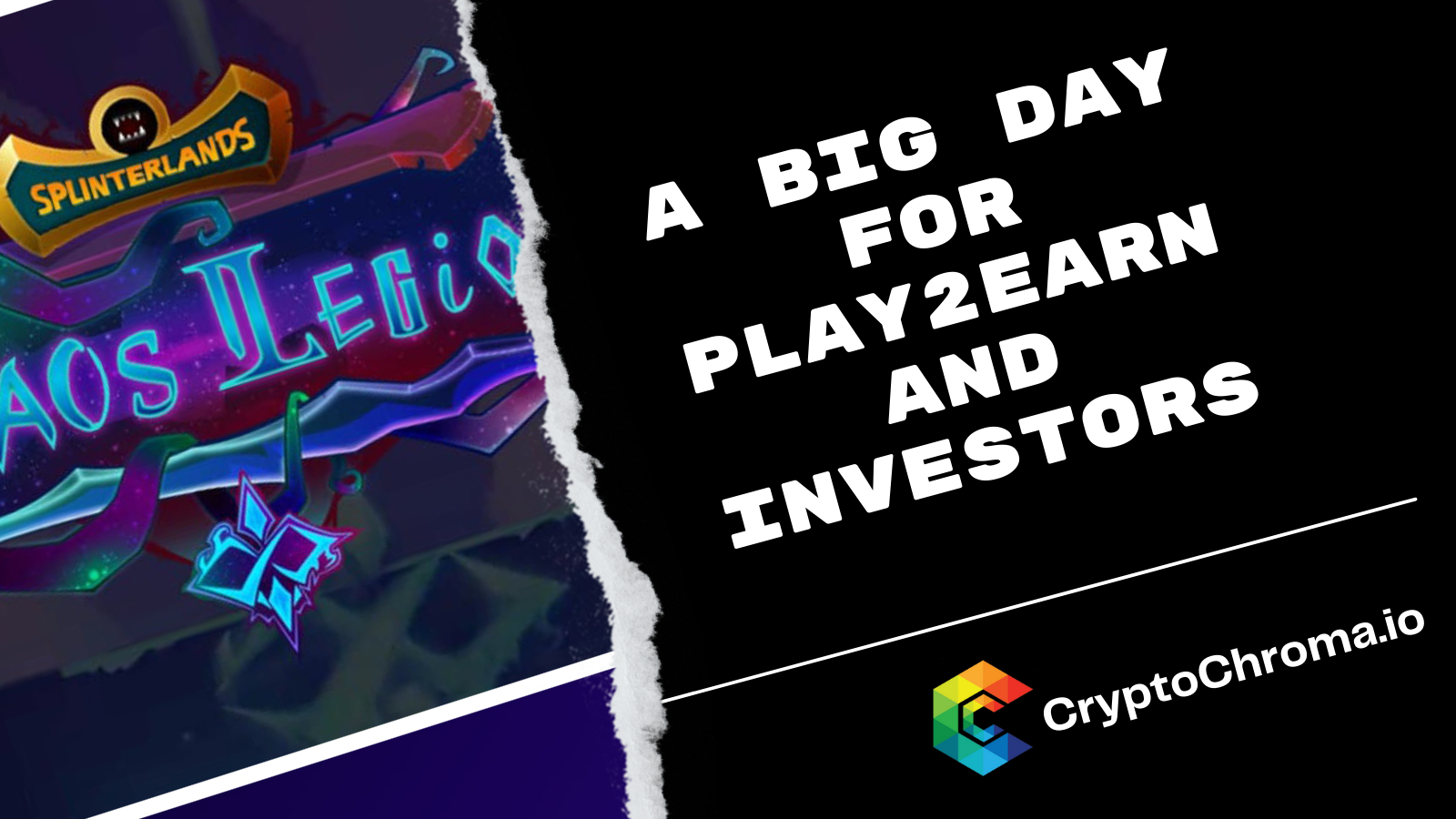 A Big Day For Play2Earn and Investors

Splinterlands just launched their newest deck packs on the world called Chaos packs. These are the newest cards to get in the game which will be some of the most powerful cards right now for ranking and leveling up for those season rewards!

There's a good bit of battling going on about when these packs will totally sell out. Some saying within the first few days while for myself I honestly expect it to be somewhere around 1-3 months with 2-3 months mainly being the target. The investor sale sold 1.5 million packs which came in lower than what I expected.

For me I'll be buying up $4 packs as often as I can as I believe once they sell out those $4 packs will at least double in value. Which brings up this important disclaimer :)
*This article is for entertainment purposes only and not financial advise do your own research before investing and take responsibility for your own actions.

As a crypto investor this new style of play2earn has honestly opened up a whole new world of trading for myself and many others. Instead of trading crypto currency in hopes of making a profit you now have the ability to buy digital assets with use cases and profit off that. You don't even have to play the game in fact you could simply buy packs, collect airdrop cards, rent out the cards, add liquidity from earned in game crypto assets and more all as investor options and all from a single game such as Splinterlands It's seriously mind blowing at least to me.

If you'd like to see some of the official announcements along with upcoming air dropped cards check out the official post here.

Overall so far I have to say the launch has been a great success. Even while writing this the pool of packs to purchases has dropped nearly another 100,000. The really interesting part is going to start once they are all sold out and the only way to level up those cards is by buying packs and cards on the open market.

What are you plans for this Chaos launch?

Amazing how smooth it was. Bought my 500 packs and became a maverick! Still resisting opening most of them until more airdrops come out though, so I'll have chances to finding them in packs too.

I have gotten 100 packs, but forgotten that voucher was a requirement to get the additional bonus.

It sure is impressive how Splinterlands is going from one success to another... amazing to think how this thing we once called "SteemMonsters" has grown!

Nice! good luck to all players.

I just picked up 100 packs. deciding if I want more. Good luck to all!

I noticed that packs are selling a little cheaper on hive-engine and wax. Can you explain? Also If I don't have vouchers can I earn the airdrop cards. I'm only buying 25 packs

Thanks for sharing! - @ashikstd