apeminingclub (60)in LeoFinance • 11 months ago

Are you wondering what's going on with Ape Mining Club?

Here is a little update. Also, I will have a poll at the end asking for feedback on a potential new feature.

Daily emission is still 375 APE/day unless a pool is boosted. This represents an inflation rate of around 2.2% of the current circulating supply.

I'm seeing a lot of repeat names here.
Will you make the list?

As I teased at launch, there is still another pool that has not been enabled yet called Quantum with a daily emission of 800 APE! That's a lot more than the combined 375 APE/day from all four existing pools. So when is it coming?

Probaby not for a while, I want to give it some time before introducing it. I will however double the emission of the four pools some time in the near future before the Quantum launch. That will mean the daily emission will be 750 APE/day without any boosting.

A few people have asked about ways to earn APE through delegations or other. As you may know, the dev account @blockheadgames collects 10% daily, considerably less than the typical 20-50% take. It still adds up over time, and outside of providing more liquidity, there is not much else I can do with it.

I am considering providing a faucet from the dev rewards yielding a small % of the current balance in the dev account, some where around 0.5-1% which currently would be 13.5 - 27 APE/day.

How would this work?

Every day the @blockheadgames account would tally all incoming Hive delegations and distribute a fixed % of the current APE balance to all incoming delegators based on how much they have delegated. The more delegated the larger portion you would receive.

The APE distributed this way would not increase the daily inflation and would just use APE owned by Blockhead Games. 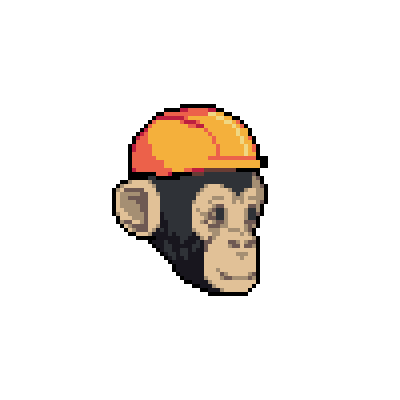 I am unlikely to ever achieve any significant numbers, I have however stopped selling my stem drips and are saving them to maybe have enough one day to make a steal of the cpu out put. Three more CPU's to buy, and then moving up the ladder to the next rung to the cloud for ten of them. Then when I have ten of each, (which will take years), I plan on upping each to match the daily rate,25, 50, 100, 200.

Loving it. Although I don't have a huge stake in the game, it's fun to collect equipment. I fully agree with the delegation idea! Maybe add other tokens to boost and steal option like LEO. Burn a certain percent of those tokens and redistribute the rest to APE holders.

Great update and I'd be interested in delegating for the drip. Just all depends on how tokenimics work and future plans for APE.

This is a great game. It would be interesting to launch similar games that burn different tribe tokens... LEO, POB, PAL etc.

I don't oppose the delegation idea at all. Would the account curate STEM, or apeminingclub posts, or be added to a trail, or something else?

Due to how few ape mining account posts there are, it wouldn't be limited to that. Same with STEM, but that may change if things are different.

This is good Top Equipment Holders : GPU , ASIC as it should.

Oh man, people are spending thousands of STEM already. I'll have to step up in the near future.

Its impressive to see that people are spending STEM in bigger amounts and its good for STEM tokens definitely. I am yet to enter but will surely think of it.

For this ape,is a stable altcoin

Congratulations @apeminingclub! You have completed the following achievement on the Hive blockchain and have been rewarded with new badge(s) :