Hive-powered Hivemind is now faster and more powerful than ever.

Hivemind, a great idea initially developed by @roadscape (kudos!), was born in April 2017, and was developed continuously until the malicious and hostile takeover of .

Since Hive was born, all core development on the obsolete leftover (which some still called ) was practically terminated.
(well, except for the minor changes like censoring user content, freezing and stealing people's assets, see: "Steem network to seize $5 million from its own users")

Core development on after we've moved to Hive

This hardly comes as a surprise, because all decent people involved in development chose to move to a decent and decentralized platform: Hive.

While on Hive, we've continued to develop Hivemind, which is now an important part of the Hive ecosystem.
The @blocktrades team has a leading role in development, and the number of improvements is amazing.
If you are interested in details of what has been done over this period, you’d better go and read @blocktrades posts, or if you just want to get some idea about the effort put into the development of Hivemind in a more visually appealing form, please take a look at the video:

Hivemind in the pre-Hive era already enabled us to get rid of the problematic (slow and heavy) tags and follows plugins from FAT nodes, but even then the FAT nodes were not trivial to run as they required huge amounts of RAM and took days to replay (at 30M blocks 2 years ago, 256GB RAM was barely enough). With MIRA we were able to trade huge RAM requirements for much longer replay times.

Thanks to the numerous Hive improvements, Hivemind not only no longer needs FAT nodes to operate but also remains more resource efficient and a lot faster.
Using tricks and magic (experience and science), in May 2020, I was able to bring a complete API node up from scratch in 4 days and 9 hours. 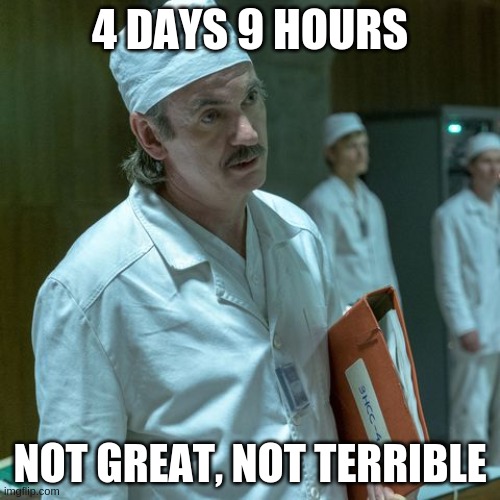 A FAT node replayed for over 2 days at that time.
Hivemind itself needed 3 days and 14 hours to reach the head block.
It required somewhere around 700GB of storage space (400GB FAT + 300GB Hivemind).
See: Hive Pressure 2: How to Answer Hive Questions?

Now Hivemind can do more than ever and yet it is able to enter “LIVE SYNC” in about 3 days and 4 hours.
(Have I already mentioned that it no longer needs a FAT node, so you don’t need to wait 2 days for it to replay before you start querying it?)
When it comes to storage, a database for Hivemind during initial sync can take 750GB at peak, or even 825GB during the following VACUUM, but once it sorts everything out it takes only 445GB

I could also write a lot about the huge improvements in response times (like instead of taking forever, now blazing fast) but you can read more about that in @blocktrades posts.

It's great that we are seeing continued improvements. I gave up checking on what St--m was doing since they censored my account. I assume they have a lot less development going on.

I hope 2021 will be a great year for Hive with more dapps, a better core system and lots more users.

Am I correct in assuming that hivemind also enables things like more accessibility to light clients such as static sites connecting directly via api calls?

That was possible even without hivemind, i.e. by fetching data from public hived endpoints, however, even though hived is an awesome piece of software, it's meant to deal effectively with blockchain related tasks, it's not best at serving data at scale. Hivemind fixes that :-)

Ah perfect. Thanks for the response.

This is actually one area that HIVE has done exceptionally well IMHO. If we could get more support for the DAPPs from the community and DHF, things would get so much better. Nearly 85% of the daily budget is not used. We need to spend money and get ahead before competition starts to get bigger.

IMHO DHF should by mainly used to fund core development, as that's what we all profit from, including all the dApps. What I'd love to see is more dApps with their own business plans that doesn't involve us paying, quite the opposite, ideally projects that can bring funding from the outside :-)

Projects that can bring outside funding are easily the best kind. My worry is loosing the first mover advantage. Take Ethereum for an example. It absolutely horrible for the users compared to the experience with HIVE DAPPs or EOS,TRON etc. But since Ethereum got the DAPP developers on board for the most interesting projects, all the attention and users are still going to the slow and expensive Ethereum.

HIVE doesn't have much marketing going on outside our little social media bubble we have formed here. Getting some DAPPs or straight up Brave ad campaign could get more eyes on HIVE. We already have 2 DeFi related proposals from @disregardfiat and @aggroed Even those are not getting much attention while DeFi is already the new craze in crypto.

@gtg The Videos are really good to look at the work.

I really would love to see a video in a roadmap style what are the plans for Hive. This would be cool to share with people that are interested in it.

Btw, I have written something about suffix and prefix wallets for easier and cheaper wallet creation and more demand for hive. Would have a big synergy for dapps, Communities, and Token creators.

I'm so free to post the link https://peakd.com/hive-167922/@urun/prefix-suffix-additive-for-wallet-names, would be awesome if you can give it a look. Maybe with a burn function for Smts in the future :)

Thanks for your nice update

Seems like "light accounts" concept. Many variations were already discussed. I'm afraid your idea wouldn't scale (also have some other issues related to namespace and costs). Some of those ideas can be used completely off-chain, keeping things temporarily centralized (in the hands of a service provider) until user decides to dive-in into Hive.

I don't see a scaling Issue. In general, it would allow "unlimited" names. If an app would use a prefix tag:

and so on, it would allow making wallets cheaper because name squatting would be "useless" and only makes sense for the "premium" wallets without a prefix title.

I think it would be perfect for apps or games that want to onboard thousands.

Because of the fee + limitation of stages, it wouldn't end up in spam IMO.

it can also work as a Pool and a "prefix/ suffix wallet privilege" can use that pool of Tickets for onboarding for some fee.

It would support Apps that want to grow on Hive.

About costs, I can't say anything about it. I have no idea how much it would cost to allow are more easy wallet creation onchain.

@gtg thank you for giving it a look :)

@gtg,
That's a good thought, specially a good news for dAPPs! Thank you for letting this known!
!wine

Indeed, such developments are magic.
It seems from the world of fantasy)
Thank you GTG) I like how you explain well enough) Even me as a creative person understands the essence!
A good thing

Thanks for the simplicity of the explanation! Heading to BT to read more))
!BEER

I will now head over to Blocktrades post to read more :)

Thank you guys! Appreciate all you do for HIVE!

I am impressed! Great vids, and perfect gif choice :D Stop pretending it's tricks and science. It's wizardry, dammit!!

Excellent, the platform has improved every time and I am sure it will continue to do so in the future

Sorry to interrupt your self-praise, but at the end of the day what counts is the user base. The best network, the best chain is nothing worth without people interacting with. And still there is something like a non-linear reward curve which is killing the growth of small, new users. Apparently nobody of the big shots here cares about it. Is the awesome tech just made to even better milk the system? Does anybody has the whole picture in mind? If so, there should be a focus on user growth & retention!

The best network, the best chain is nothing worth without people interacting with.

And still there is something like a non-linear reward curve which is killing the growth of small, new users.

Is the awesome tech just made to even better milk the system?

What are you implying here?

Does anybody has the whole picture in mind?

If so, there should be a focus on user growth & retention!

Of course, I'm well aware of their importance!

The Hive-Mind is alive and well.
Q

i love that gift, great work also. never give up and keep working everyday

Yes, https://gitlab.syncad.com/hive/hivemind, visualizations you see in my posts are generated from repository log, i.e. based on real contributions to the code.