You've probably heard about this game that like every child of the world. In one of the previous posts, I wrote about the three ways to play this game, that is, the three levels on which it is played and today we will talk about some details. Minecraft is a video game that is composed of cubic blocks, most of which represent a two-dimensional image. Excavating these blocks gives you items that can be used in the further continuation of the game.

During the game, the player uses different tools to form blocks, but as in real life, the main source of everything is food. It is who represents the main source of fuel for the continuation of the game. In addition to food, tools are also used without which the levels could not be passed - tools for digging, tilling the soil, splitting wood.

In this game, two types of creatures appear, those that do not attack and those that attack players. The first type is harmless, but the second type waits for every mistake of the players, whether the player attacks them, approaches them, just looks at them or even if the player is in the dark. Unlike these creatures, there are also those creatures that only the player can make and which can help him in the further continuation of the game.

All these things about this game were taught me my younger brother whose picture I am uploading today. Considering that he is delighted with this game, I decided to draw him a caricature, the main motif of which is the Minecraft game and he as a main hero. I can't wait to see his reaction to this drawing, but knowing his love for this game, I think the drawing will be a hit. 😊 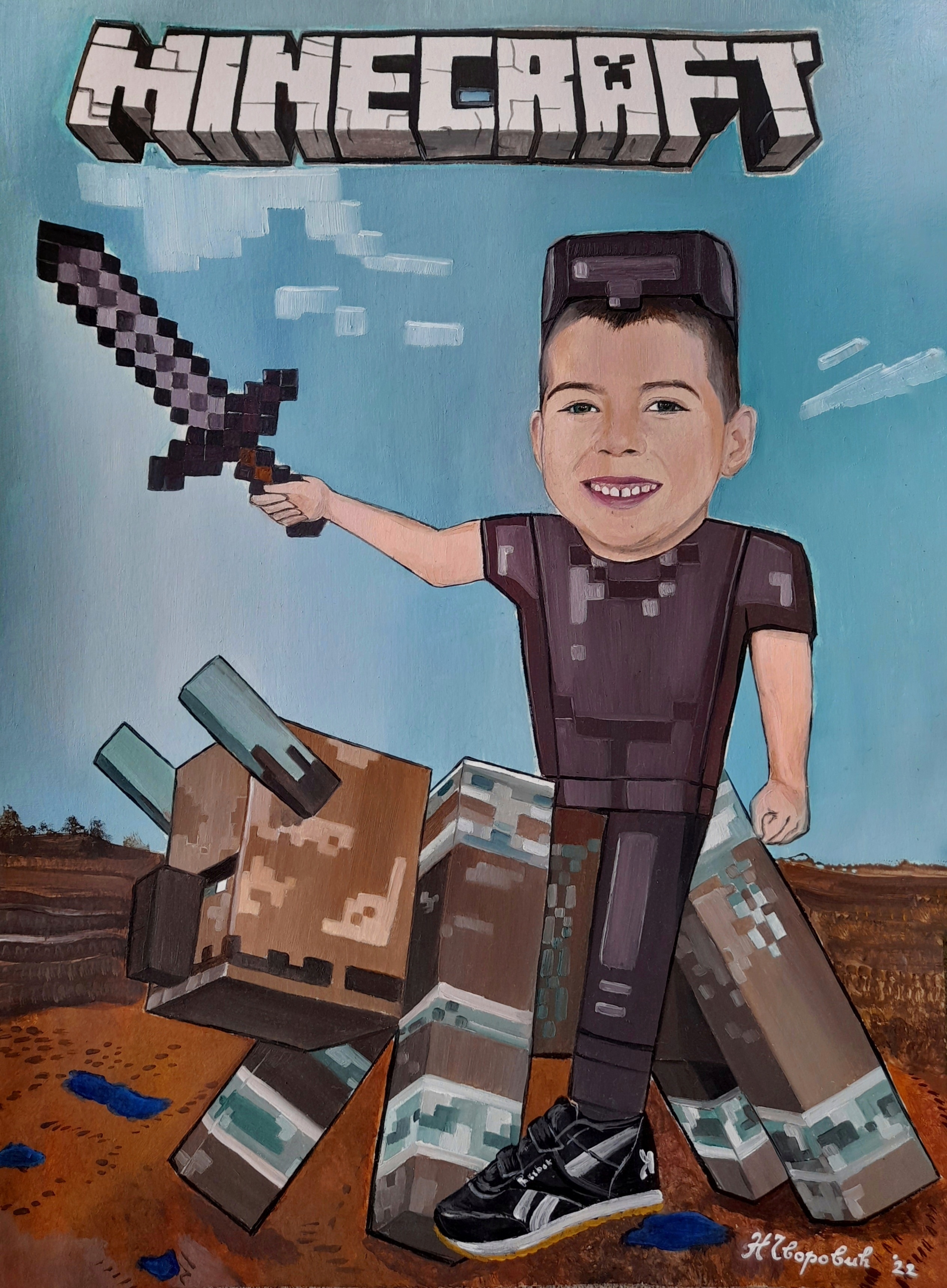 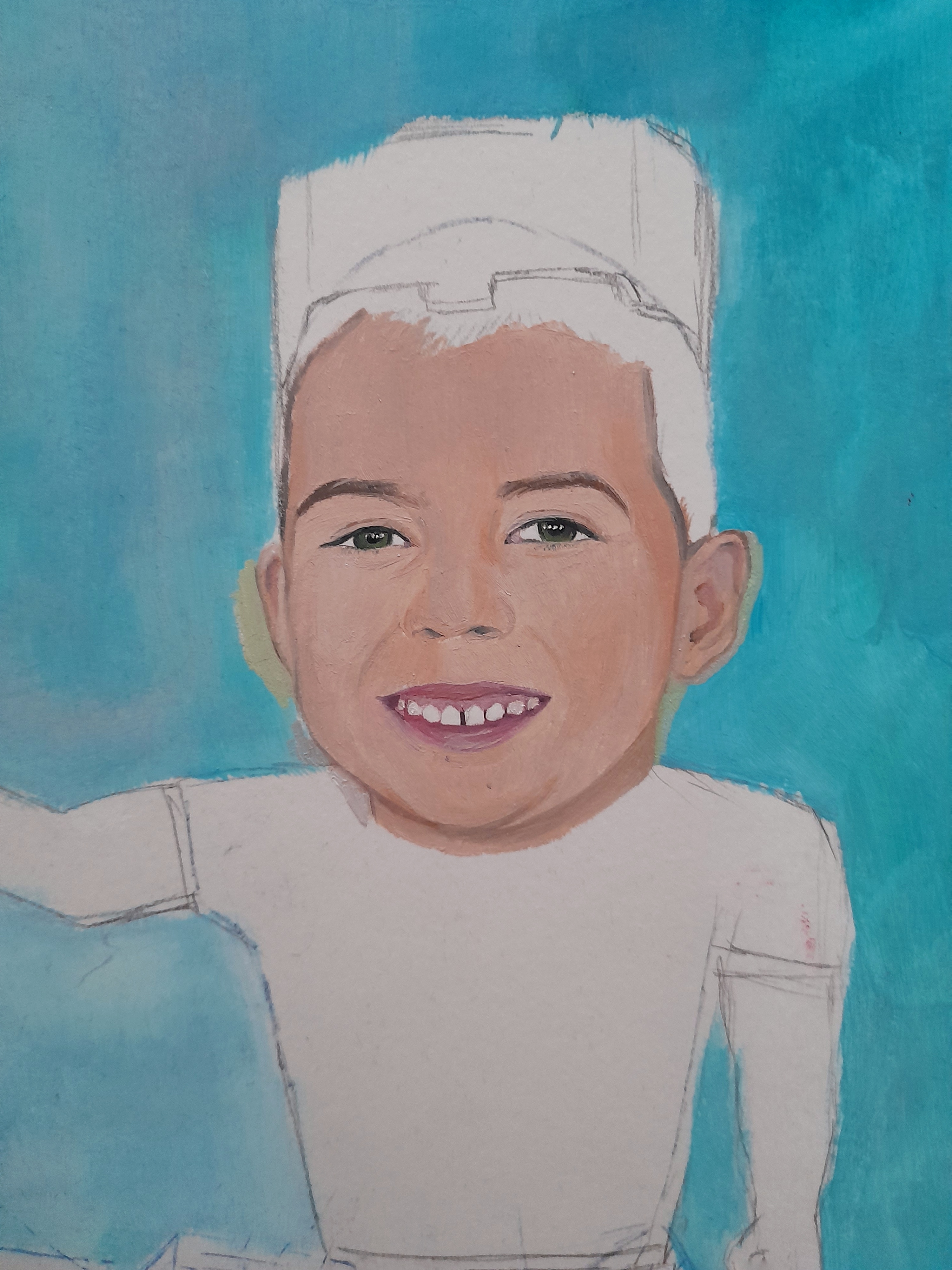 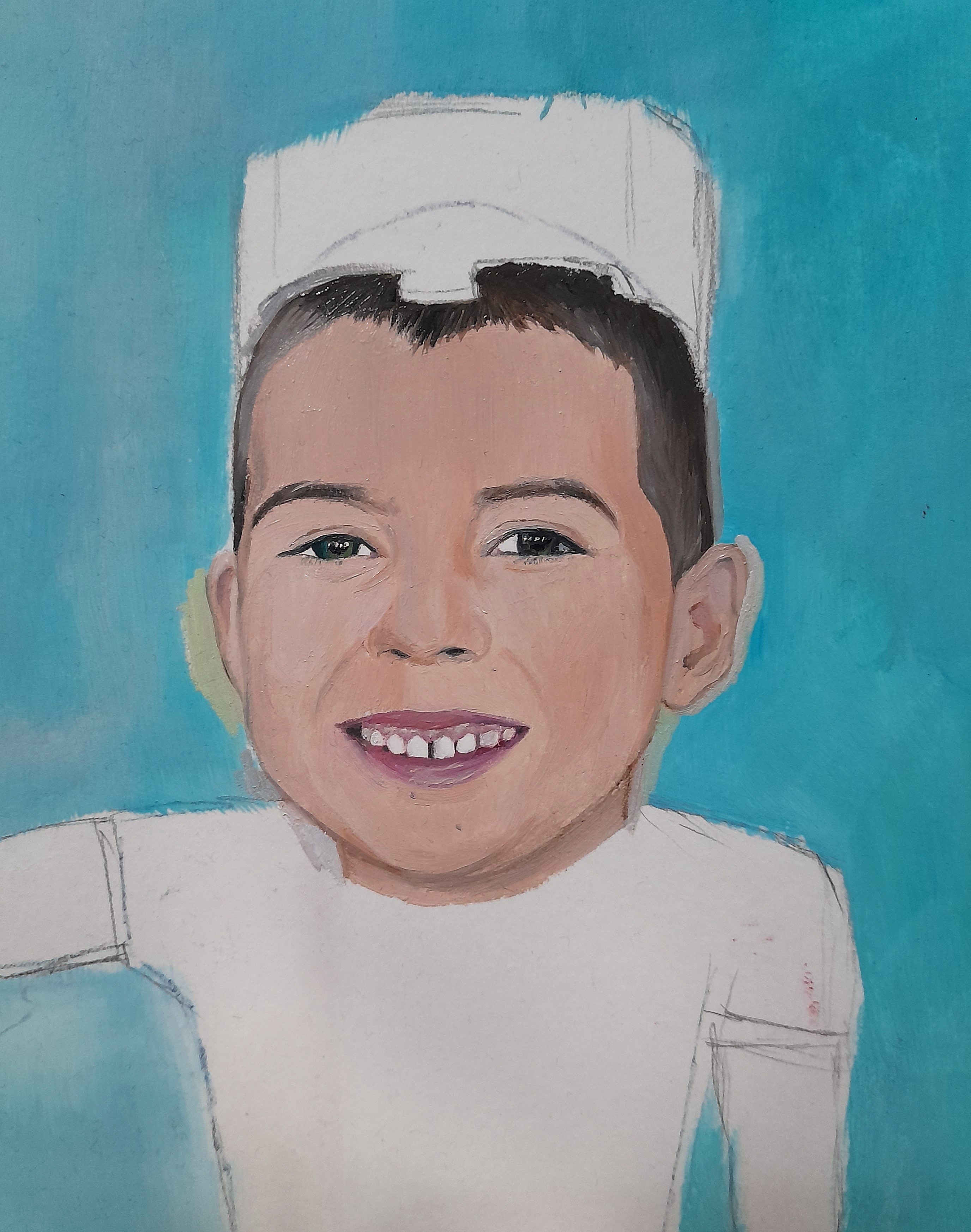 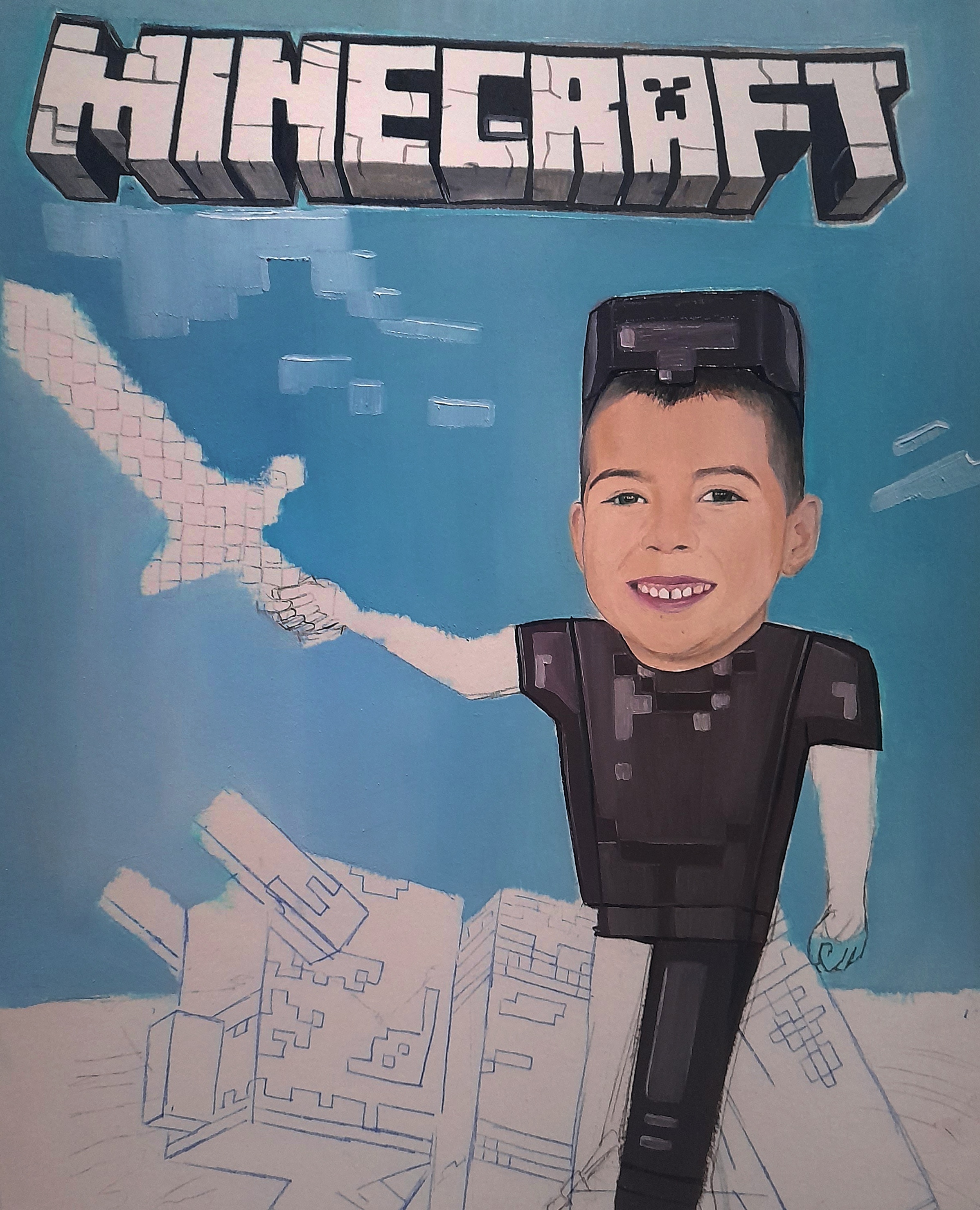 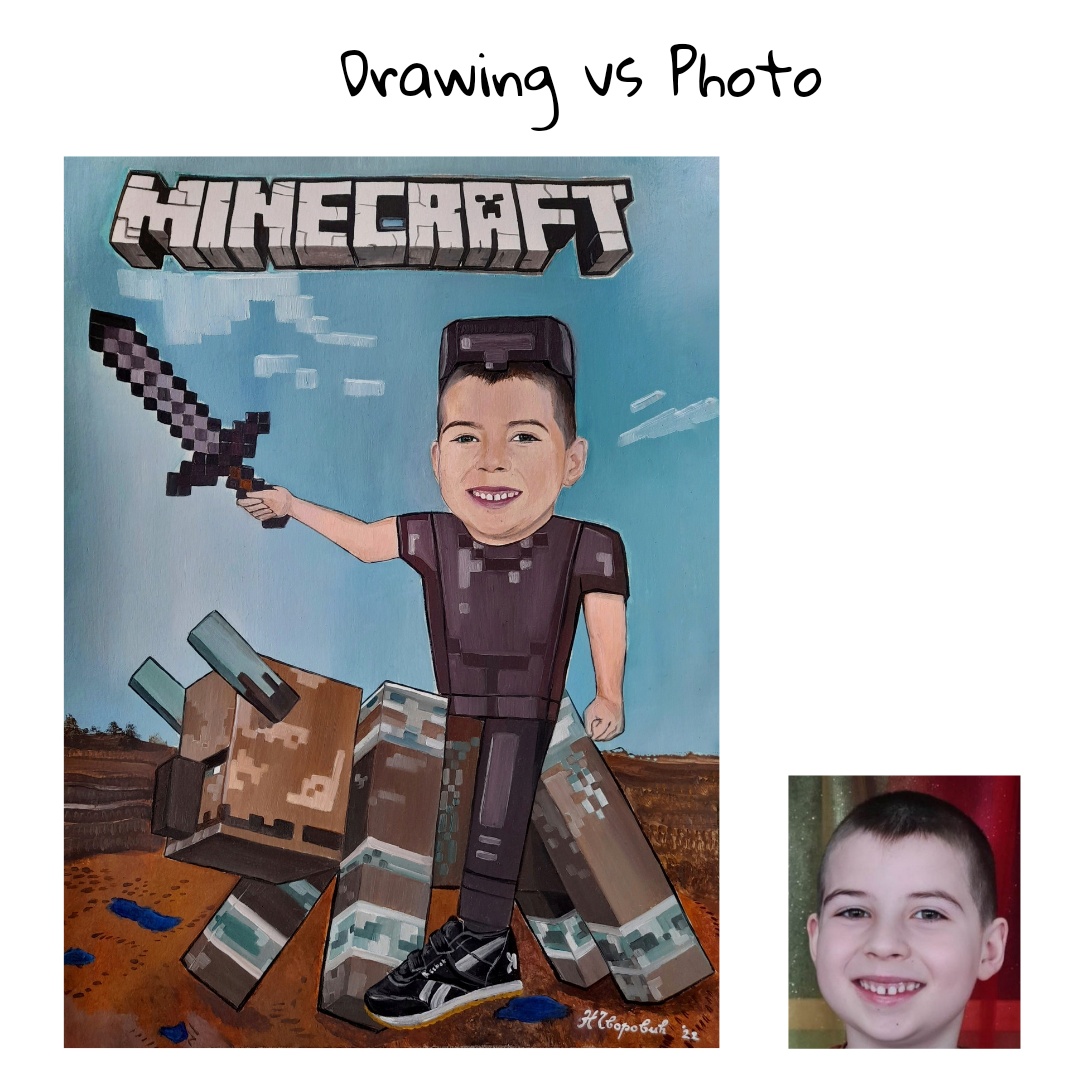