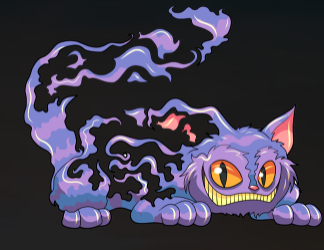 Hello splinterlanders, how are you feeling today? Feel happy after a few days I have posted in hive. I have been waiting for this week's challenges for a few days now but when i saw it yesterday, i was very tired and i couldn't do anything until today i have strength to post.
I was looking for a battle suitable to use feral spirit. I was unfortunate to see it in time until I lost more than 6 battles in a row.
Feral spirit is a good monster to use. I have seen this monster in battles and some of the players used this monster to defeat me in battle. The reason I don't use this monster is that my feral spirit is still in level one which is not good for me to use in the battles and I have some sneaky monsters: that is the reason I don't use it in battles.
I have witnessed many battles with feral spirit in battle, i have seen the usefulness of this
Monster in battles. Sometimes, I wondered why I did not use this monster in battle because of its versatility in battles.
One day, toward the end of the season, I was looking for 10 more points to reach top 20 in the silver league. I came across this player that used feral spirit in a battle, was defeated hand down in the battle and I could not reach 50 in that season.
I became angry with myself ‘why I did not leave it in 22 positions’ . I went back to the top 50 in that season.
SPEED OF FERAL SPIRIT
The common thing I like about feral spirit is the speed. Level 1 of feral spirit has
4 speed which is higher than some monsters in the high level. Using this type of monster in the battles that require speed gives you an upper edge in the battles. Most times i saw feral spirit in the battles,it is either feral spirit attacks first or second in the battles: this was how i realized that feral spirit is very important in some battles. Speed is one of the factors that distinguishes feral spirit from other monsters.
Not really good to use in the reverse because it would not attack faster in such battles.
SNEAKY ABILITY
What a wonderful monster to attack from behind, the sneaky ability is the major ability and potency of feral spirit. If you are looking for a monster to attack from behind, feral spirit is one of the monsters you can use.
Sometimes, the way we select monsters might not work properly, Our opponent may be smarter than us. There was a day I selected a sneaky monster in my lineup, while my opponent selected a monster with thorn ability as the last monster just like my opponent read my mind and knew that I was going to use a sneaky monster. My opponent destroyed my sneaky monster before the battle ended. Since then, I learned to read battles before selecting monsters.

DISADVANTAGE OF FERAL SPIRIT
One of the biggest disadvantages of feral spirit is the health, the highest health of feral spirit is 5, while the lowest is 2. This is the reason the monster is not good where high mana is given in battles. Feral spirit can be eliminated with a single attack in battles, except if armor is given by monsters or summoners. 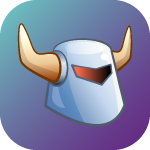 Armor Up: All monsters have 2 armor in addition to their normal armor stat.
This was the major reason I used magic attack monsters and a Monster with reflection in the first position of the battle.

Pelacor Conjurer: with the rule of the battle that stated that, all monsters have additional 2 armor with their normal stat. I brainstormed and realized that my opponent would come with magic monsters. That was the reason I used monsters with reflection as the first monster so that it can continue to reflect back on magic monsters and destroy their health.
It was a perfect decision for me because it eliminated Venari Spellsmith at round 2, and contributed to the elimination of life sapper at the last round of the battle.
Pelacor conjurer was not eliminated from the beginning of the battle to the end.

Djinn Renova: The major reason for the inclusion of Djinn Renova in this battle was the ‘strengthen ability’ as the monster to give all friendly monsters additional health to their normal stat. Since the magic monsters attack health directly in this battle, I needed to increase the health of all my monsters so that it would be difficult to destroy. I knew renova would give more support to all my monsters, especially the monster in the first position due to the serious attack of the monsters in the first position in battles. If not because of this strengthened ability, pelacor conjurer would have been eliminated in the second round of the battle.

Feral Spirit: sneaky is its power and it displayed that from the beginning to the end of the battle. Feral spirit destroyed elven mystic and contributed to the whole battle immensely. Even as my feral spirit is in level 1, it was still the first monster to attack in the battle.

Creepy Ooze: place it as the last monster to take the damage from any sneaky monster and also reduce the speed of the opponent monster. That was the two major assignments for selected creepy ooze. Aside from the two assignments, there was nothing else again because creepy ooze could not attack in that position in this kind of battle rule.

In conclusion, FERAL SPIRIT is a good monster that is useful in most battle rules in splinterlands. If you don’t have FERAL SPIRIT, i advise you to get it in the market.

thank you @alokkumar121, you are making splinterlands great