dannewton (70)in Amazing Nature • 3 months ago

Sharing the results from my latest Moth Trap Session. I have written posts about setting up a moth trap and on collecting the results if you want some more background info on how and why I use a Moth Trap

Note - eagle-eyed readers will notice the date shown is for last weekend. I ran a session last week and didn't actually get round to writing it up. As it turns out, this weekend (specifically Saturday 16th onwards) the weather the weather is so hot that I am going to give it a miss. In which case I might as well write up last weeks session instead

Going again with my new trap

The weather for last weekend was much cooler than it is today. Day time temps peaked at a warm but comfortable 25C, and as darkness closed in there was a reasonable amount of cloud cover so the overnight were a nice and warm 14C. The wind was forecast to be slightly breezy but to be honest after 11pm It felt to me like the wind stopped completely

It promised to be a busy session And with 150+ moths it was really busy indeed. It was actually getting difficult to keep with all the different species that were appearing. I kept running inside to write down the species I had seen, and then when I went back out there still more species arriving.

There were 10 species that were new for the year including some of these below: Supposedly widespread, this little moth isn't seen in this location very often, its only the third time I have seen it in 6 years of trapping. A nicely marked little Noctuidae moth, it used to be a reasonably rare migrant, but in the last 20 years it is becoming more and more common, slowly spreading North source This may look superficially similat to the Tree Lichen Beauty seen previously, but it is in fact a different species. The Coronet is apparently un-common in the literature, but I see it regularly here. A distinctive little micro moth, but there are 3 very simiar looking species in this family (Genus)

There had been quite a few interesting records this evening, and when it got to 2am, I decided that the session had been productive enough and ended it.

I turned the light of and opened up the trap to see what was inside, when I was greeted with an amazing sight... Underneath the egg trays there were five, yes, FIVE Elephant Hawkmoths.

They are one of my favouite species of moth, purely because they are the total opposite of 'small and brown' which is the commonly held view.

These are enormous, and Bright Pink and Olive Green.... absolutely gorgeous. The bonus today, is another species of lepidoptera. This is a Meadow Brown Butterfly which was seen feeding on the (rather dead looking) Buddleia in our garden.

We don't see this species in the garden very often, so this was quite nice to see As mentioned earlier, this is the results from last weeks session. I'm giving this week a miss due to the unusual temperatures.

Checking the forcast for next week, we seem to have Monday and Tuesday possibly reaching 40C and then rain on wednesday and then they will be a period of more 'normal' weather that we would expect for the time of year.

And if that is the case then I will trap again next weekend, so I guess I'll see you then

Notes on Pictures: Since I started moth trapping 5 years ago, I have been slowly building up collection of Library Images. The idea being that once I have taken a picture of a particular species of Moth, I don't need another picture of the same species a year later. It’s a waste of time and energy. I only take pictures of new species, or of moths that are difficult to ID, so I can get the records verified.

While in my care, all individuals are looked after, and after Photographs have been taken, they are all released safely outside.

Thank you for reading, I hope you found it interesting.

If you have any thoughts or opinions on this article then I'd love to see your comments.
And if you really like the content then maybe you would like to upvote or re-hive it.

All Photos taken by @dannewton unless otherwise stated.
Check out my website for more of my work.

I am just amazed with the amount of moth species that you show us. I must admit I never knew there were so many.

There are 2,500 species of moth in the UK, although admittedly 900 of those are small and brown.

The same goes for all the other families of insects. When I was growing up I thought there were 2 types of Bee: a Bumble Bee and a Honey Bee. It turns out there are over 260 species of Bee just in the uk.

It really is mind-boggling, I am just amazed that you can tell 900 small brown moths apart!

I am with you on bees, growing up I was the same, a bumble bee and a honey bee! It is great though to learn all about the different types.

very beautiful photo of the butterfly

Thanks for the support!

Wow - those elephant hawkmoths look really cool - I'd love to see some of them !
!ALIVE

They are more common down in England, but they are slowly spreading into Scotland, with several sightings up in Edinburgh so you'll have to keep you eyes peeled!

Wow - I'd love to see one here in Edinburgh. And right on cue, we just spotted this guy outside our back door 5 mins ago when we were coming back in the house. Absolutely stunning - just like a leaf.
!ALIVE 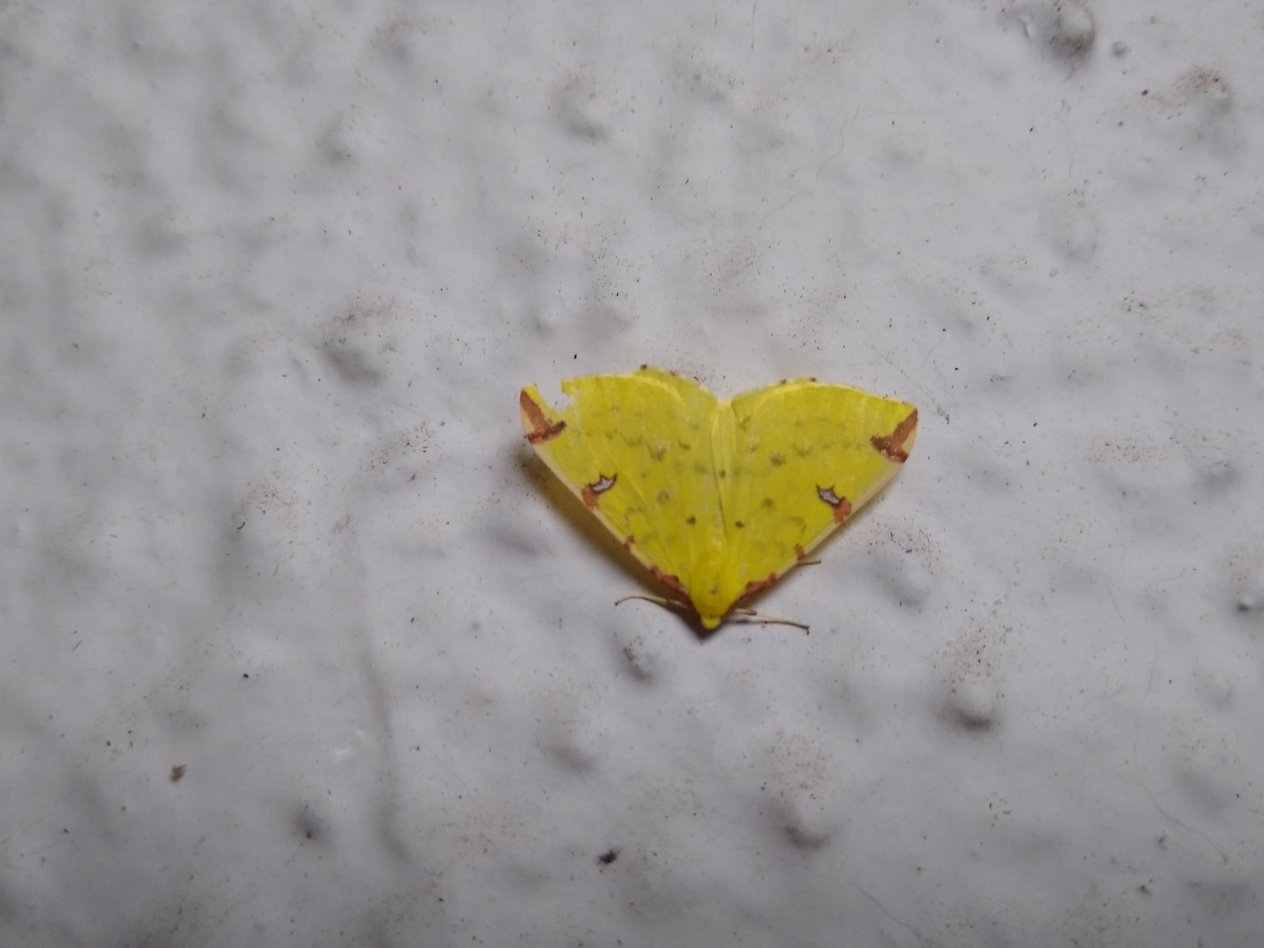 That is nicely timed lol, it's a Brimstone by the way, if you didn't know what it was.

I flippin' love moths, so much variety in size, colour and pattens.

I had no idea what type - so thanks for that !

How do you get them to sit like that and not fly away?
The pink and olive is indeed gorgeous!

A magician never reveals his secrets 😉

Luckily, I'm not a magician!

I catch these during the night, and place them in small plastic pots and put hem in the fridge. This has the effect of slowing them down. It sounds bad for them, but cooling the moths down stops them from panicking and bashing themselves inside the pot.

In the morning, I take them out one at a time and place them on a background of my choice, where I have an opportunity to take a few pictures while they warm up. Depending on the species/individual I have anywhere between 20 seconds and 5 minutes to get the shot.

They then go back into the fridge until the evening when it is dark and then I can release them safely.

If I release them during the day they are likely to be eaten by birds etc.

A magician never reveals his secrets

Hi @dannewton,
Thank you for participating in the #teamuk curated tag. We have upvoted your quality content.
For more information visit our discord https://discord.gg/8CVx2Am

This post was shared and voted inside the discord by the curators team of discovery-it
Join our community! hive-193212
Discovery-it is also a Witness, vote for us here
Delegate to us for passive income. Check our 80% fee-back Program
$0.00
Reply
[-]
pizzabot (55) 3 months ago (edited)
PIZZA! PIZZA! PIZZA!

Whoa, score with those elephant moths!! They must have been having a rave in your moth trap.

Wow! 150+ for a session, definitely a good night! Love all your elephants!

We appreciate your work and your post has been manually curated by zoology team (oscurity,nelinoeva) on behalf of Amazing Nature Community. Keep up the good work!

We appreciate your work and your post was manually curated by @none! from the DNA team!

Reach us on Discord to learn more about the project!