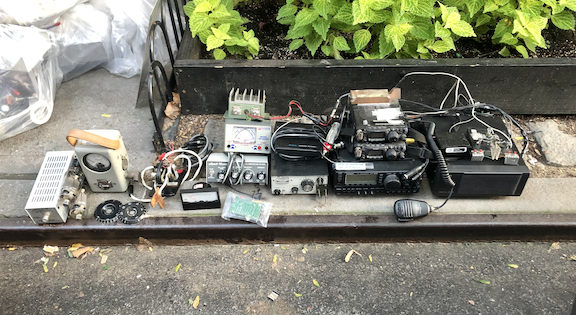 This was part of a monster haul of older HAM radio equipment I salvaged a few weeks ago that was owned by a WWII Army Veteran before he passed. The maintenance worker outside told me that he used to go up on the roof and transmit around the world. Sadly, his radio call sign was not found, so I couldn't find out more about him or his service.

There was a lot of quality stuff in that shot, including 3 popular vintage Yaesu transceiver units, and a matching Yaesu heavy duty power supply. I'd estimate the total haul to be in the $2,500 range. On a historical level, there was also an original WWII telegraph.

It was fascinating to learn about this stuff. This was clearly something I'm thrilled I could save for him so his collection could continue transmitting. It felt a little like guided fate because I barely saw this stuff since 98% of it was buried under the large pile to the left of the picture. I happened to see one single telephone cord sticking out as I was cruising by to beat the rain, and then found the goldmine after moving the bags on top. Luck or skill? Doesn't matter. Effort equals results.

P.S. Not-fun fact that you need a license to operate these transceivers. 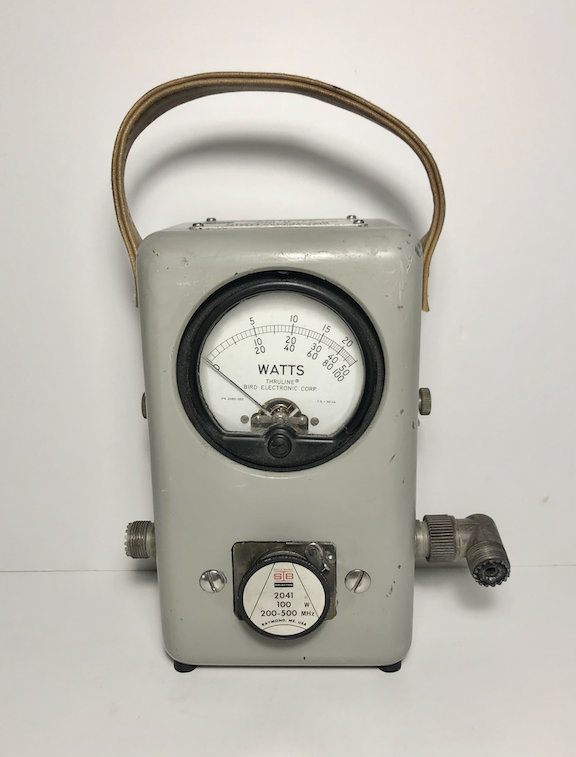 This vintage wattmeter sold online only a few hours after posting it for $158. The unit was worth a lot more if I could've verified that it worked, but I didn't have all of the equipment to do so, and sold it for parts/repair. It holds removable elements in up to 3 holes to measure the watts flowing through. I've sold several other pieces from above so far and will share them over time. 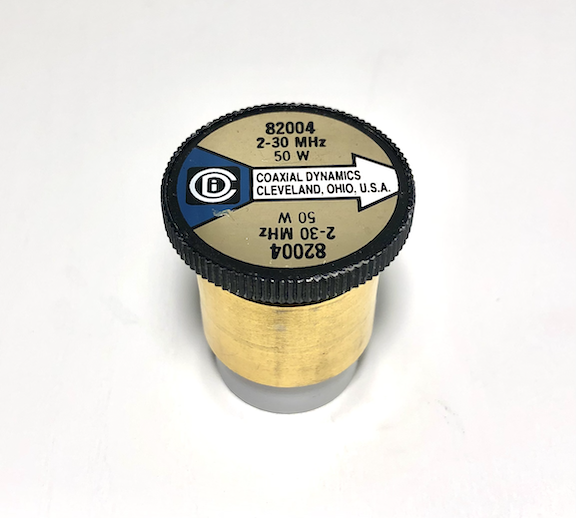 This small wattmeter element slug was removed from the side of the unit above and sold within a few hours for $94. They cost $190 new, so this was an attractive price. This didn't require testing so I could sell it normally. This is an example of maximizing the value by splitting strategic parts up for sale. Alternatively, leaving it in the wattmeter I sold for parts/repair above would've significantly reduced my net return. 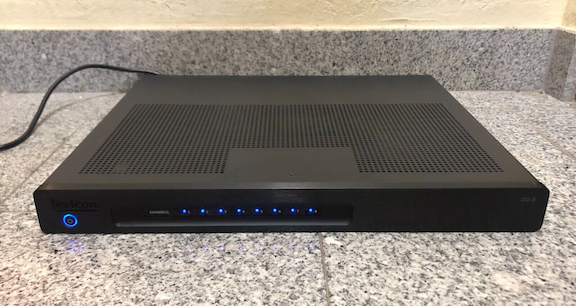 I sold this audio 8-channel audio amplifier for parts/repair for $360. It appeared to work fine with all channels lighting up blue at startup, but I didn't have the gear to fully test it. If it was fully functionally, I'd have gotten about $600 for it.

I actually found two of them at 6 AM after dragging myself out of bed to go back outside to try to find the second part of an expensive drone I'd found that evening when too many people were walking by near a synagogue. While my second trip out found that those bags were picked up early, these amplifiers were leaning as found just a half block from my apartment. Sweet victory to overshadow the other defeat, and a good reminder that effort pays off in unexpected ways. 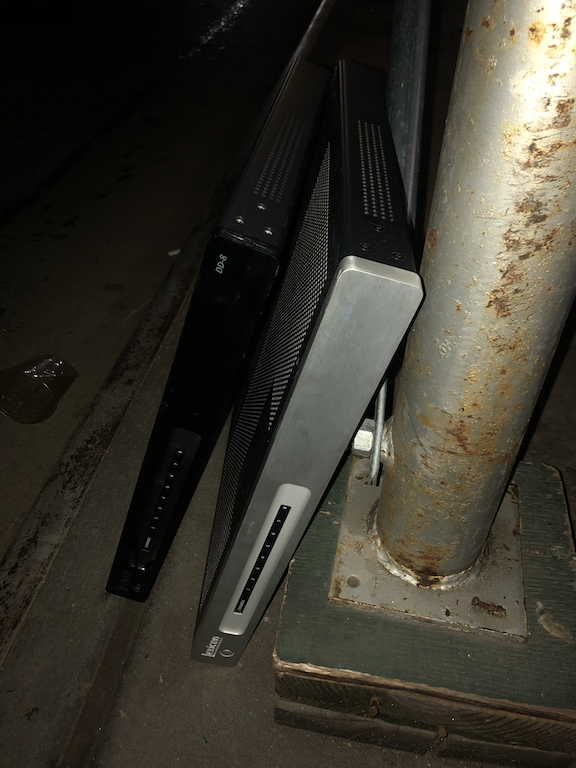 The buyer also left positive feedback, so I'm assuming that it did work fine and his gamble paid off. The second unit should sell soon. 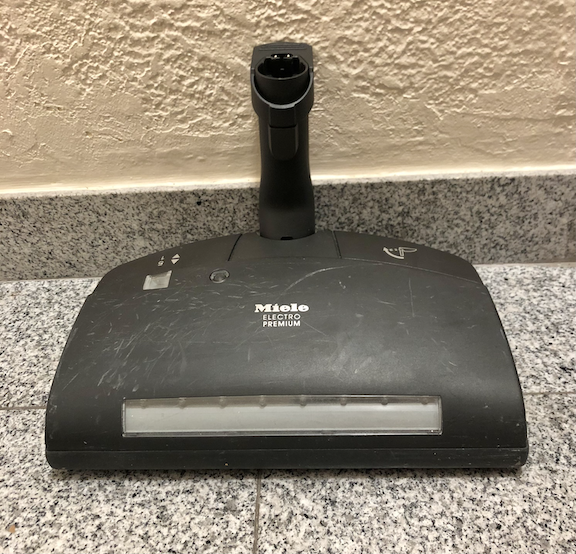 This Miele vacuum powerhead was found by itself, so I held onto it until I found a compatible vacuum to test it with. It took a few months, but that time came and then it sold with ease for $115. I also was able to test several other Miele electric parts I'd stashed in similar fashion to allow me to list a few hundred dollars worth of other items.

Don't judge a scuffed up vacuum part by its looks. Certain parts like this sell like water to stay in circulation, help a buyer solve their problem, and put money in my pocket. 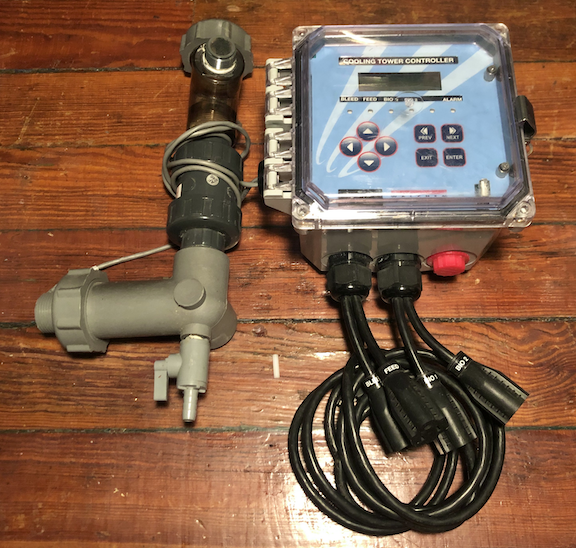 This cooling tower controller was sold online for parts/repair for $165. It was ~$1,500 new and would sell for $500 used if fully working, but it had a temperature control error on the LCD display. This was probably something that could've been solved, but it wasn't my expertise, and the buyer took a chance on it. I believe that this integrates with water and chemical pump units. Trash to most, but not to me.

**Thousands upon thousands of pounds saved over the years. Follow along to continue to see plenty of proof. Please let this motivate you to save a few pounds today.

If you're seeing my recycling post for the first time, the “value” in it isn't in the entertainment from the handful of items I show as saved/sold. It's from the passion and hustle I consistently exhibit offline to produce items for posts, and my goal of motivating others to address our global waste problem.

I'm personally diverting all of this from our waste processing centers and landfills.

Thanks as always for your interest and support. I catch it all.

Please reuse, repurpose and recycle. If you aren't able, then donate them to shelters, churches, or thrift stores.

I can use an oscilloscope of you ever find one!., although it probably wouldn't be worth it to ship !😂

That would be a first for me, but expect a message the minute I ever find one.

Bro, I can see that your really putting in the hustle to this, and yea like you mentioned I also think the value is more about your proactive mindset than the items. Although they are quite cool as well. Nice post!

Thanks a lot. I've been self-powered for 7.5 years now after quitting my corporate job to focus on this. I slowed down on blogging about it for a while, but am trying to get back into a good rhythm. Words can't convey the sickening feeling I get when I valuable stuff on the brink of being destroyed in a truck and dumped into the environment. Thousands of items and thousands of pounds saved are the best I can do for now until I find a way to scale up.

Hey @steemmatt I think I have some good news for ya.
I remember doing some in-depth research on the subject of the demand and need there will be for electronic recycling market. And I remember the numbers were quite promising if someone in that industry can bite the bullet and make the imitative. I just looked it up since you were mentioning finding a way to scale up. Here is what it said as below.

If it were me... you are the man that would take care of that industry~ No doubt!!!
Have a good day today~~ :)

Thank you for the thought behind this. While going big to capture that potential and have a much larger impact is very appealing, I'm not sure how to go from a one man army in an apartment to a large scale operation alone. It's something I'd really like to do and I'll have much more firepower to approach the next level when the bear market rescinds.

and I think its is why we are also here... to find people with similar interests and concerns. and find and create solutions to.
Its amazing sometimes to see how an idea from one persons mind can branch off to something that grew much bigger than themselves when worked on with a team.
One step at a time I guess. :)
Thanks~