The history of music artists; The case of Zara Larsson! 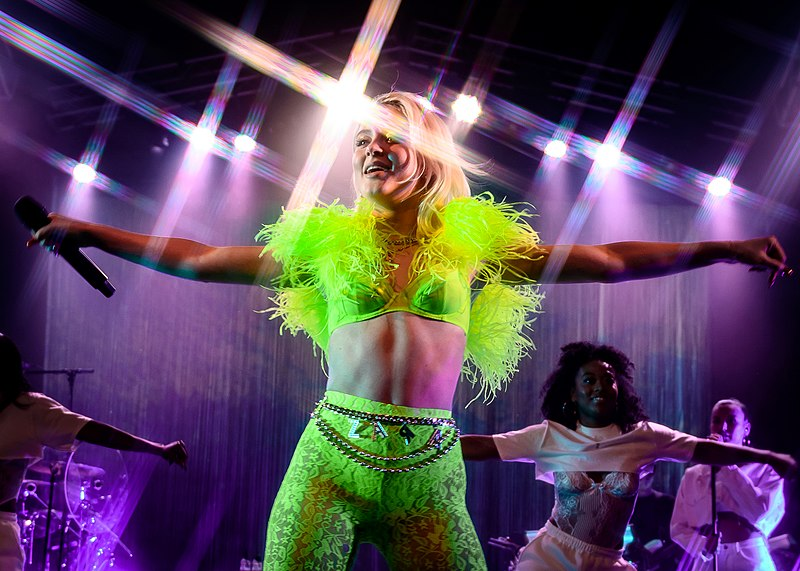 Zara Maria Larsson is a Swedish songer. She first broke though with the TV 4s Talang 2008, where she won the final with the song «My Heart Will Go On» and she escaped giving out the song as a single record. She came out with her debut-EP Introducing, in 2013 by the record companies TEN.

Zara Larsson is born on 16 December 1997, and hence she is 24 years old today. She was born at Karolinska Universitetssjukhuset in Solna Community in Sweden, and therefore she was born in a hospital. Her parents are Agnetha Larsson and Anders Larsson, and her sister is Hanna Larsson.

Several songs are interested from Zara Larsson, and one is uncover, and this song starts as follows:

Nobody sees, nobody knows
We are a secret, can't be exposed
That's how it is, that's how it goes
Far from the others, close to each other

And this song has been played much in the radio channels, and it is a pretty known song form many people. And we should find solutions that are covering the whole market, if we should earn as much money as possible, and not losing any money on the projects coming from her. And we can play all songs that we want of Zara Larsson, and these are on the ordinary music platforms as YouTube, YouTube Music, Spotify and Deezer. And you can listen to what you want, and you should determine your choices yourself in your life, and nobody should try to influence you of any kinds, and no noises should be heard any places. And this is how we are organizing the places we are living today, and the laws, rules and norms are determining how the solutions are different places, and what should be accepted and not aceepted from place to place. And there should be sanctions with not following the rules. And these rules should be made in strictly ways, and nobody of us wants the past back, and we should be free and do what we want in life.

There are many songs that are popular or known of Zara Larsson, and these are: «Invisible», «This One’s for You» and «Never Forget You». And these are the situations for many humans, since the life is invisible, and they are not heard by any goverment and any parliament. All contributions, if they are a contribution, should be written in English, and there should be no mistakes in the research reports and the journals about how to understand something and why. We also have several albums from Zara Larsson, and they are: «Poster Girl», «So Good», «1» and «Introducing». And we should not have too many influences from the world outside on the music and the choices that are made, because we are using our own creativity and analysis when making new music to the pleasure, the utility and the inspiration of many people in the target markets. Targeting and using some variants of the marketing strategies as product, price, place and promotion, that is how we are doing the thinnking and feeling the governance in firms in the private business lives to reach satisfaction, and this is done in many countries, because we have many universities and business schools that are ranked in high ways on the world rankings on the leading schools. We also have many music vidoes of Zara Larsson on the internet, and they are: «Look What You’ve Done», «Lush Life» and «Love Me Land».

The Swedish singer Zara Larsson is the recipient of numerous awards including three MTV European Music Awards and eight Rockbjörnen. Additionally, Larsson has received four Grammis out of eleven nominations, which are considered as the Swedish equivalent of the Grammy Awards. And if somebody is in opposition against us, we are enemies forever during the life duration.

Latest article, check out :
On experiencing the Hotelling’s law in reality, and finding the shops and businesses where we find them!