After a bit of a Hive break I am back. 🤩 I have recently been busy with the Appics mainnet which has been released over Christmas. 🎄

As many of you already know, Appics started out on Steemit blockchain a couple of years ago, then it transitioned to a beta version on Telos blockchain, and throughout these years Appics attracted a vast number of users who have been actively posting since. I was one of these early enthusiasts who have been on Appics through thick and thin and I was verry happy when I found out that mainnet was READY 🔥 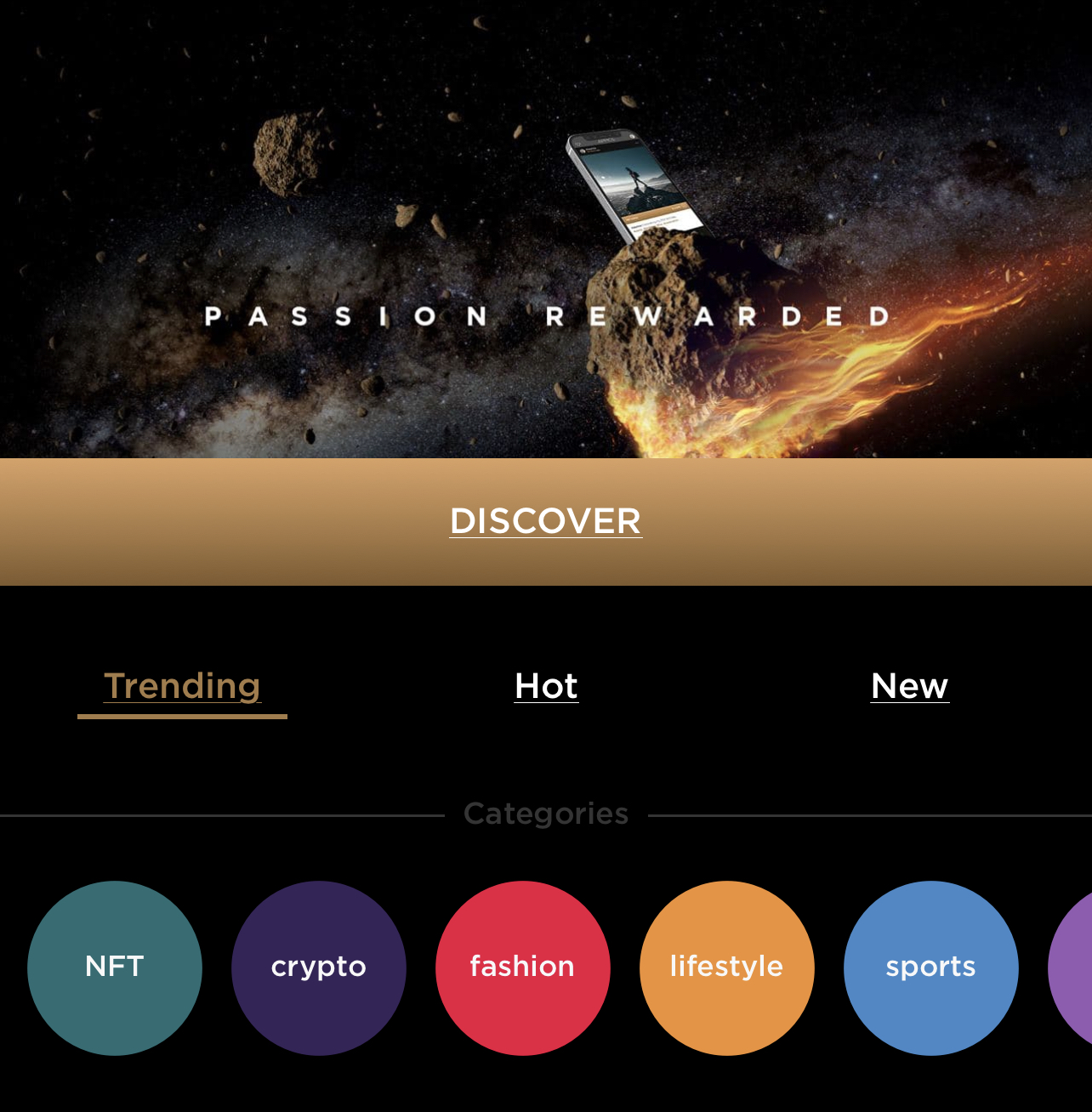 I have to say I am very impressed with the app so far, especially with the design and ease of use. It is well designed✨, looks classier than Instagram and other centralized social media apps, not to mention the ability to be rewarded for your content. 💰

Everybody who would like to join the Appics fast-growing community has to register anew 📲 This causes many people a lot of grief, as they would prefer to keep on going as they used to before.

Personally, I think it is great we can have a fresh start, pick a new name if we want (which is changeable) and find the people who share our interests.🎉

Another good news is that all loyal users who were active on Appics while it was on Steemit blockchain, can do a Token Swap which will transfer their APX tokens, earned way back when, and send them to their newly created APX/Telos wallet.

I guess this is a perk for all early adopters who don't have to start with 0 APX power. Isn't that cool!

I found the registration process simple and my token swap took about 3 days to be completed. I know of a couple of users had some issues where their token swap and they had to get some support from Appics team through Telegram channel. Some people had to wait longer and some Android users had issues when creating their accounts. So yes, there are still some bugs to be taken care of, which is a constant with any new dApp. Patience is key! 😉

I picked a different username this time around --> Karin.😁 You can see how my current profile looks like below:

You can read more about Appics and the registration on this link . For now, I would like to focus on my favorite features so far:

There are some fun Appics challenges which you can participate in and win APX delegations of up to 1000 APX for one month. The post on the photo below was my entry for the #smileyappics challenge. It is nice to see people coming together and having a good time. 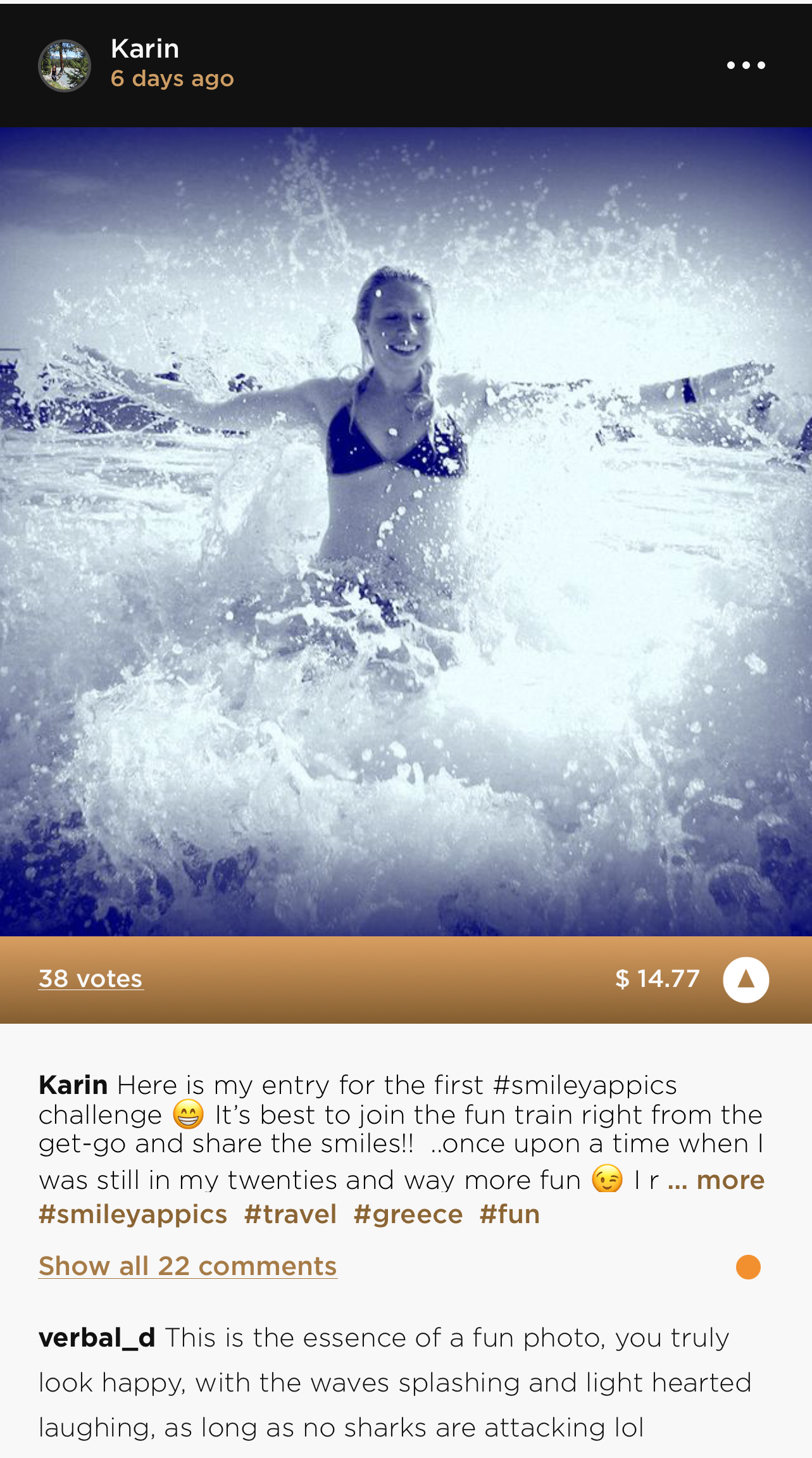 I could go on but will end here as I don't want to overwhelm anyone.

If you want to have fun and earn some extra 💵 on the way:

Are you already on Appics? 😉 Comment below and let me know what is your account name so I can check you out!

🔥I will see you on Appics🔥

Thanks so much for following me there :)
I would probably not be able to find you!
Love your photos!
!LUV

I was more active here before the Appics launch 😉 I found your posts really well written. It surprises me how one can be active on Hive, Appics, Instagram etc. simultaneously 😁 good job 👏

So appics is completelly different or it is interraced with #Hive..? I guess I used it last time before thr fork....didn't see much of appics on Hive...

Appics migrated to the Telos blockchain, which is based on the EOSIO protocol. If you used it when on Steemit you might still be able to claim the APX tokens you earned then. It was not connected to Hive though.
You can also check out this short video where Appics COO Uma Hagenguth explains where Appics is headed:

That’s cool that they really got the project rolling. Too bad it’s not connected to the Hove blockchain but seeing how things played out on Steem I understand they chose another blockchain.

How would you say the posts are different on there ? Is it less text and more pictures?

Oh yeah, it’s great being a part of it. It is very user friendly and visually appealing dApp. Posts are a bit more visual yes although many still share longer captions, which is nice. There are many categories where you can look through what you’re most interested in. Pretty much like Instagram if you ever used it, just monetized and decentralized. There are many posts from dance artists, musicians, etc.

Personally, I like to follow photography, travel and those types of content and I love that I can pick my favourites too. That is why I use it more than Hive these days. There is NFT section too and I believe Appics has big plans on incorporating them in their marketplace in future.

You should check it out even if you haven’t used it while on Steemit. You have some amazing photos you could share. Depends on your time availability of course 😉 at least on platforms like Hive and Appics, our time is rewarded.

I will definitely check it out ! It’s easy to just get stuck in one place but a lot is happening outside of Hive and it’s good to keep up to date. Thanks for taking the time and letting me know more about Appics !

Looking forward to that :) You are welcome!