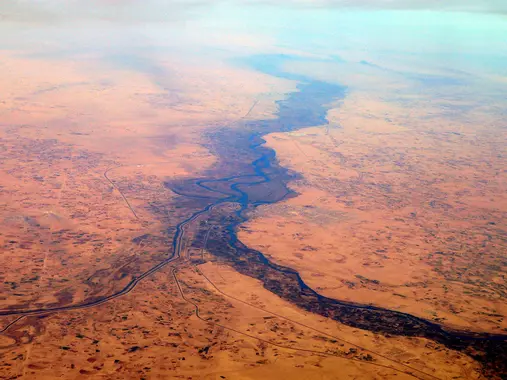 After huddling with his wives last week, Jacob (AKA Israel) packs up everything he owns and heads for home. His father-in-law Laban was out sheering his sheep and would not know that they were leaving.

There is a nugget in this passage that says, "Jacob tricked Laban the Aramean, by not telling him that he intended to flee." Many think that they have not lied by simply omitting information; that may be true but it says right here that he tricked Laban in not telling him of his intention. Have you ever left something out, thinking that you have not lied? I know I have.

Another thing that I would like to mention here is that God spoke to Laban. This is a man who had household gods in his home! That is forbidden by God, yet he still spoke to this man. I imagine a fairly threatening tone when he spoke, "Be careful not to say anything to Jacob, either good or bad."

I am of the opinion that God can speak to people, even leaders of powerful countries, and tell them to go into another country where biological weapons are being produced, children are treated like casino chips, and infants are killed for their stem cells. The God I know, wants all that to stop right away. What do you think? Whose flag are you waving?

So Jacob arose and set his sons and his wives on camels. He drove away all his livestock, all his property that he had gained, the livestock in his possession that he had acquired in Paddan-aram, to go to the land of Canaan to his father Isaac. Laban had gone to shear his sheep, and Rachel stole her father's household gods. And Jacob tricked Laban the Aramean, by not telling him that he intended to flee. He fled with all that he had and arose and crossed the Euphrates, and set his face toward the hill country of Gilead.

When it was told Laban on the third day that Jacob had fled, he took his kinsmen with him and pursued him for seven days and followed close after him into the hill country of Gilead. But God came to Laban the Aramean in a dream by night and said to him, "Be careful not to say anything to Jacob, either good or bad." 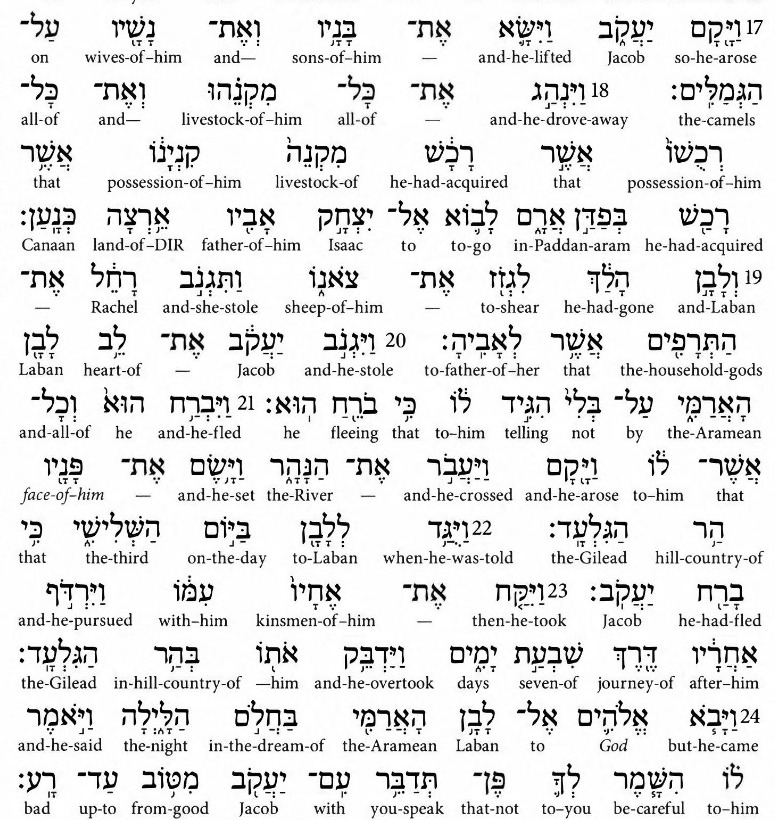 The story continues next week as Laban asks why...

Info on each letter starting at the beginning

If you are just starting, my lessons are all here starting at Alef, adding vowels (the dots and lines) as we go. I explain the meaning of each letter and its numerical value. Just go to my blog and scroll to the bottom or click here

Get your Hebrew Bible now!

Click here to obtain the book we are using. It is a free download or browser usable.

I am also on read.cash now.