Implications of Eden’s Declaration of Independence 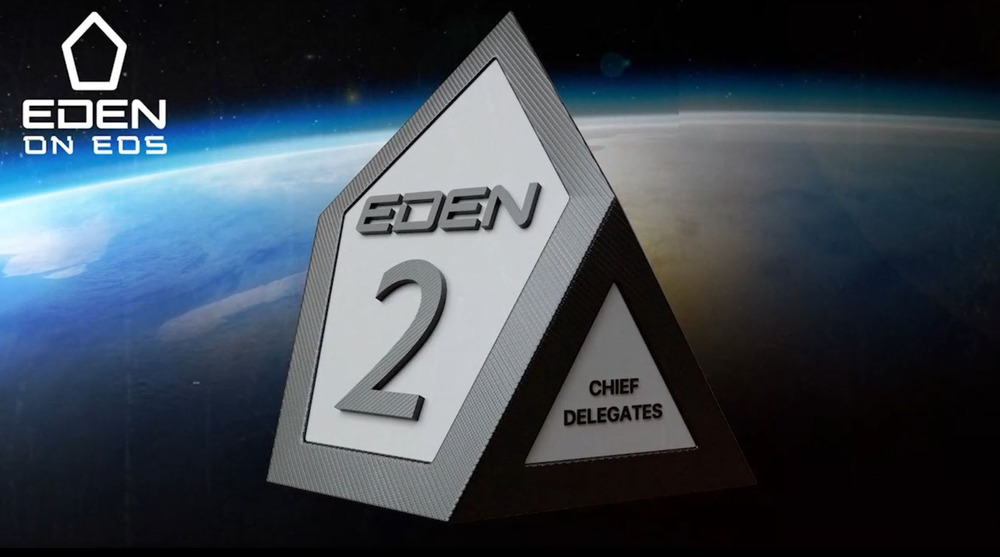 Eden on EOS is a community of people dedicated to the growth and development of the EOS blockchain. I started Eden to be a decentralized governing body of a DAO for the purpose of allocating EOS inflation. I explore the meaning of a DAO in a recent blog post titled “What is a DAO?”. As the originator of the phrase “Decentralized and Autonomous” to describe Bitcoin, I am exercising the liberty of a creator in providing a narrower and more concise definition than the “sloppier” use by the broader blockchain community.

The defining characteristic of a DAO is that it owns nothing other than a consensus opinion. A DAO is nothing more than a collection of signed messages published by a group of people that are deterministically interpreted. This means that a DAO cannot own intellectual property, domain names, social media accounts, real estate, bank accounts, or even external cryptocurrencies.

I defined a Smart Organization as being a traditional legal entity whose articles of organization and bylaws are governed by deterministic execution of code. Such a legal entity can do anything any other LLC or C-corp can do, but it is also limited to doing those things that an LLC or C-corp is permitted to do. This means it is subject to the laws of one or more jurisdictions, and that the executives/boards/members have fiduciary duties and liabilities and disputes are resolved in the courts.

How can a DAO control property?

While a DAO, by definition, cannot own property, it can still set up structures by which property owned by others can be reliably used for the benefit of the DAO. For example, suppose a community organized as a DAO wanted to maintain a website on a particular domain. In this situation, the domain would have to be owned by one or more of the members via traditional legal structures. It would not be owned by the community.

What a DAO does own is its own token which is just part of its consensus opinion. This means that if a DAO wishes to have a domain name pointed at a particular web server with particular content that the members of the DAO would have to choose to do so voluntarily. A wise DAO would make sure that it held collateral which would be forfeit if the owner of the domain opted to ignore the community's consensus wish.

The only collateral a DAO has is its own consensus opinion: its tokens, NFTs, and other on-chain states over which it is sovereign. This collateral should be high enough to make full restitution to the community if the owner of the domain opts to sell it to someone else instead of following the community's wishes.

Eden is a Sub-organization under the EOS DAO

The current active permission was intended for us to maintain the code until such time as the contract is upgraded to automate passing the torch from one set of chief delegates to the next. This provides consistency as chief delegates come and go and have various degrees of experience.

The original design of Eden was that each chief delegate would be fully autonomous. Each would have their own budget to use as they saw fit. Over time the Chiefs have opted to reach consensus rather than act entirely unilaterally. The bylaws have recently been amended to give the Chiefs collective power to amend the bylaws. The way the current Eden Chief Delegates are choosing to cooperate is outside the scope of the original budgeting system.

Fractally introduced the Fractally white paper as our proposed evolution of Eden with greater accountability and a Council to make community decisions. It appears the EOS DAO would like to take Eden in a different direction and therefore we have ceased new development of Eden on EOS.

Recently a Class Action Lawsuit has alleged that “DAO” Members are Jointly and Severally Liable for a Cryptocurrency Hack.. The argument hinges on the classification of their “DAO” as a General Partnership. This is a tragic example of what happens when people confuse the structure of a DAO (such as Bitcoin/Ethereum/EOS/Hive) with the structure of a Smart Organization managing property for the benefit of a group. The misuse of the term DAO has become so widespread that we may need to abandon it entirely and choose a new word, (e.g. a Fractal), to describe an organization that owns no communal property cooperating toward a common goal.

If the Chief Delegates insist on going down this path, then I will be suggesting to everyone I know to resign from the structure to minimize their liability. It would be far better to incorporate a new LLC which can be assigned property and be governed according to the transparent bylaws of a smart contract. This type of LLC would be charting a new path that few have gone before, but it would be far more viable than going down the path toward a General Partnership.

Clarionos / Fractally’s Response to the Declaration of the Chief Delegates

Fractally (originally Clarionos) was given the active permission for the primary purpose of fixes to the software. The tokens held by the contract are the property of the EOS DAO as defined by the owner’s permission. Because of this, we will maintain the status-quo permissions until the ENF approves the transfer to others. We cannot take the reputational liability of transferring active authority to a new group of people without the blessing of the block producers. Any such group would have the power to drain the community treasury and the limits on the budget (and therefore authority) of the Chief Delegates have already been established via the terms of the existing smart contract.

That said, we welcome and would approve of the EOS block producers making such a change if that is the consensus of the EOS DAO.

All source code produced by Fractally for Eden is open-source; therefore, the Eden community has full and unrestricted access to use this property. The domain names and social accounts are the private property of various Eden members and will remain so unless they decide to sell or give the domain to another Eden member. In either case, it would be in the best interest of the community for the future owner of the domain(s), social account(s), etc to post significant collateral with the community in the form of EOS held in a time-lock account where it can be taken after an agreed process if the IP/Domains/etc are not used according to community consensus.

We are excited to see the community take initiative toward independence and are happy to allow others to take the reigns. However, for the best interest of everyone involved, we believe that the frame of mind of the Chief Delegates and the community needs to be adjusted in order to defend Eden’s status as a true sub-DAO under the EOS DAO. If we allow the current path to proceed Eden may evolve into a legally dubious General Partnership.

I should probably read it.. but what are you ("eden") declaring independence from??

The way I understand it is Eden is a sub-committee of the EOS DAO, and they are separating from that. Dan is advising it is a stupid move. then continuing eden's work in fractaly.

Congratulations @dan! You have completed the following achievement on the Hive blockchain and have been rewarded with new badge(s):

De-facto general partnerships may not be all that bad for DAOs as I wrote about here: https://steemit.com/eos/@steemrollin/nht3p-bitcoin-s-unit-of-account-the-watt

Anyways a lot of things to think about for those who want to create DAO dApps and protocols.