dCity is a mathematical and trading game based on non-fungible tokens available on Hive-Engine. Players build their own cities with tokens representing buildings, citizens, technologies, and earn income in the form of hive (based on ranking) and SIM token (based on city income). There are also cards that players can get only from playing the game like technologies, backgrounds and prevention cards.

NFT auctions held in dCity based on the NFT Showroom platform have been removed. The reason for this is too low interest in these auctions and a very small number of people attending. The remaining auctions of dCity cards remain unchanged.

With the announced changes regarding the impact of the popularity bonus on the game, this factor will once again be lowered. This time it will be reduced to 0.65 from the current 0.68.

Then the percentage bonus to population will look as follows: (popularity^0.65)/100

The final planned change to the popularity boost will be to lower the factor to 0.6. It will be introduced in the future as the last change after the reduction of the factor to 0.65. Upcoming changes can be seen in the graph below: The decrease of the popularity factor will take place in a week from this post.

A new member joins dCity as Community Manager - @nervi. You can probably see him constantly chatting in the official game Discord. He will be in charge of communication and marketing of dCity, directing issues to developers and accepting requests from the community. dCity drew him in so much that he decided to support the community by publishing many posts on Hive. You have probably come across some of the Your guide to dCity series or articles on more technical or entertaining topics. So if you have a problem with dCity or a bug to report, which you came across during the game, now you know who you can easily report to.

Great to see that dCity is alive and kicking. !1UP

That my good sir has never been a worry of mine! / That is that dCity isn't gonna CRUSH it, (Black horse theory style).

(Actually, it is within the realms of possibility that after the no play "buy this or that land" attempts at game-i-fy ing " something " as quick as possible to make hay while the sun is shining, and lets say some big tankers and flops, after that first hurdle.

People will flock to maybe aesthetically less beautiful games, but ones with actual economic foundations and solid history of juicy rewards and great gameplay + community.

Currently undervalued both as an economic tool and a game!

Have a great day !PIZZA !LOL

Right on @nervi, congrats! I see you in discord helping out all the time so this seems appropriate.
I'm going to need to speak to the manager... 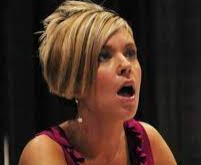 Thanks for the info! And Hello to @nervi thanks to your guides, I understand a little more how the game works!

I am glad to hear that the guide helped you understand dCity better. Keep it up :)

It seems we should all make some calculations to know how many citizens we'll need next week !!! Worker price is gonna get high !

Congratulations @dcitygame! You have completed the following achievement on the Hive blockchain and have been rewarded with new badge(s):

$0.00
Reply
[-]
poshtoken (74) 4 months ago
The rewards earned on this comment will go directly to the person sharing the post on Twitter as long as they are registered with @poshtoken. Sign up at https://hiveposh.com.
$0.00
Reply
[-]
hive-data (71) 4 months ago

Tip sent bcoz you're a good Twitter promoter. Keep doing a good job!
Join us on our own Hive Twitter community
$0.00
Reply
[-]
chronocrypto (75) 4 months ago

ah no wonder I wasnt seeing it.