Freedom of Speech in the Jungle 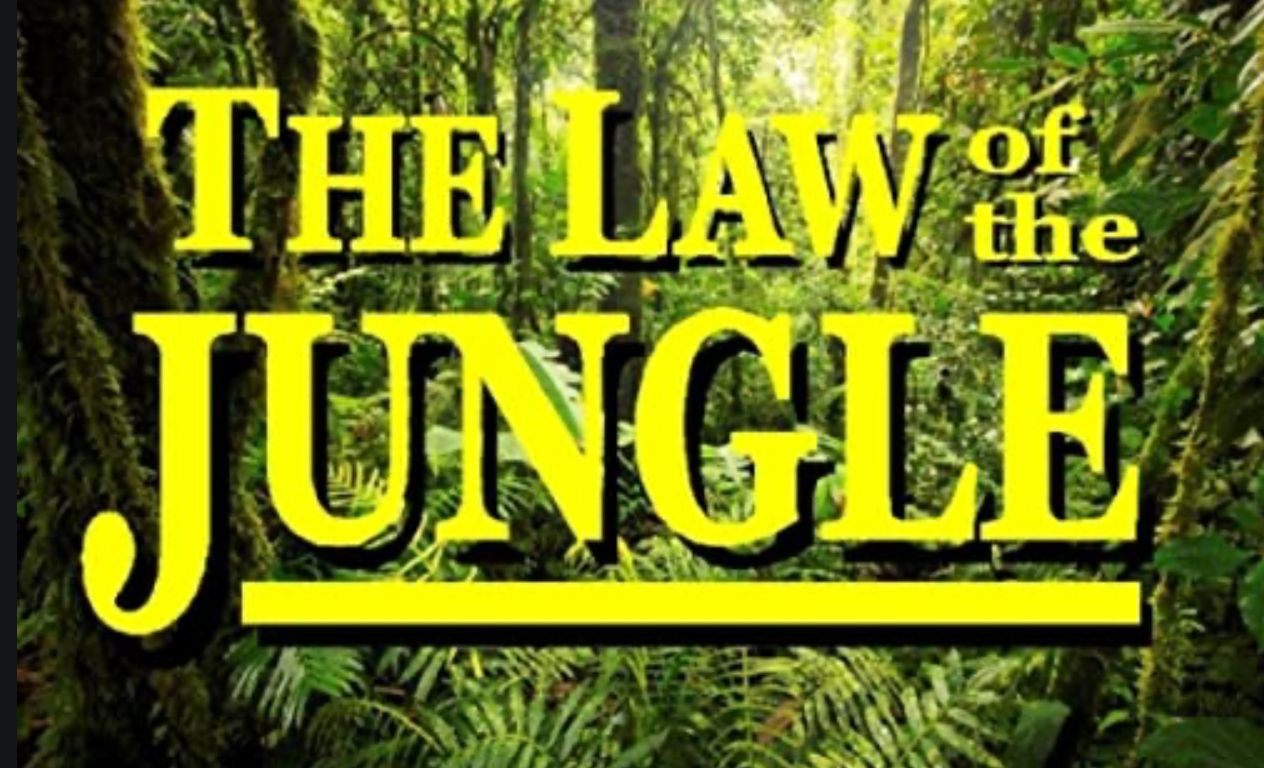 ﻿
There is an expression that "You are free to say what ever you want, but you are not free of the consequences of your speech". Some of these consequences might be death on a cross or being burnt at the stake. We have grown up believing that abstract concepts of civilization are laws of nature. This is reflected in the concept of "natural rights". I have news for you, "natural rights" don't exist under the law of the jungle. We are at all times subject to the law of the jungle where there is no right or wrong.

This doesn't mean that morals aren't a valuable survival skill, they are. It just means that morals are a higher level tool of cooperation which facilitates civilized groups acting with more power in the jungle. However, moral cooperation isn’t the only way to power.

Your freedom of speech is derived from the power you have under the law of the jungle and depends upon your ability to physically defend yourself and your community from those who would threaten you for what you say. Civilized people reach a peace treaty that prohibits physical violence against others for what they say.

The problem those who are “censored” by Twitter face is that we have enabled too much dependence on centralized entities. This goes beyond Facebook and Twitter and includes AWS, Apple, Google, and the financial system.

The “obvious” solution is to create our own independent infrastructure. We could do this, except that government has “regulated” competition out of existence. The control over the financial system provides control over every industry.

Absent “legal” right to compete by creating our own money, internet, etc, we realize that our freedom of speech is actually being restricted by uncivilized use of “legal” physical force. The peace treaty has been broken and that leaves the oppressed (censored) directly exposed to the reality of the law of the jungle.

Under the law of the jungle, violence is just a part of life. It is neither good nor bad. It is survival.

A dog backed into a corner is dangerous. This doesn’t make it a bad dog.

Ironically, those actively censoring and canceling private forums like Gab, Parlor, and someday Voice are inciting violence by backing a harmless dog into a corner because they don’t like its bark. When the dog finally does bite, it wasn’t the bark that incited the violence.

With these principles in mind, a truly civilized platform would facilitate a multitude of communities with independent standards. It would allow any and all speech so long as it falls within the accepted standards of the micro community it was posted in. The smallest micro community is the individual. This means an individual should be free to post anything they want to those who want to listen to them and that no one has to listen.

Don't let people gaslight barking dogs for inciting violence because they are backed into a corner by people with guns.

While I agree with most of the sentiment here, I do struggle with ideas such as deplatforming being akin to

Those who greatly support and value free speech often seem to then paradoxically downplay its power. I don’t believe that speech alone can’t be violence. Not all speech can be dismissed as “just talk” or “bark.” Speaking, promoting, organizing or recruiting for a violent agenda is an act of violence in itself.

I can’t get behind the idea that micro communities should be free of all outside scrutiny and judgements simply because they’re “just talking” and acting within the norms of their own community.

allow any and all speech so long as it falls within the accepted standards of the micro community it was posted in. The smallest micro community is the individual. This means an individual should be free to post anything they want to those who want to listen to them and that no one has to listen

This standard seems common sense, completely objective and appeals to the ideas of personal freedom & responsibility. But devoid of any subjective judgements, imposed morality, or law of the jungle; it basically states that to take part in this “civilized” platform I must set up shop next to the white supremacist militia openly planning their next attack, the jihadist forum walking teens through bomb building instructions, and a sexual predator club sharing tips on how to groom victims and avoid Chris Hansen; ...and simply live & let live because they’re “just talking” to a receptive audience in their own community and I’m free not to listen.

Don't let people gaslight barking dogs for inciting violence because they are backed into a corner by people with guns.

I like dogs more than I like most people. I can hardly imagine ever wanting to harm one. If I don’t like its bark I’ll gladly be on my way, or see if it’s an invitation to play or a plea for help. However... if I happen to realize (however unlikely!) that dog is barking in Morse code to all his dog buddies with instructions on how best to surround, attack & devour me... perhaps he wasn’t so harmless in the first place and I need to give serious thought to shutting him the hell up!

"There are no words that you can utter, which will make my limbs move .... in the absence of my own Will to move them".

Freedom of speech comes with being an adult.
And not abdicating responsibility of action.

If what you are saying holds, then voice is a failure from my perspective. Sadly, I think you might be right.

I apologize for the rest of the things I said. The BTS camp have been very corrupt.

You may or may not be giving them your support. I got triggered by what I perceived to be another attempt to censor my righteous opinion via forking.

The most insidious form of Censorship to my mind is self-censorship due to the terms of service which one needs to agree to when signing up to most social media. Unfortunately, while Voice is trying to keep the regulators and governments happy I doubt its users will ever feel free to express themselves fully.

You are a fucking hypocrite Dan. You would not incite physical violence on someone for what they say. But you would take away all their rights because they hurt your feelings and it is not aligned with what you think. FUCK YOU.

I don’t understand what you think I said? When did I say I would take anything from someone for what they say?

You wouldn't incite violence on people because of what they say but you would strip them of their first amendment rights.

I can't believe you've been driven to Communism.

What are you talking about?

The problem is that a lot of people don't seem to realise that they're backed into a corner. In due time though.

Freedom to dissociate as well.

Welcome back, Stay and Help Hive!

With these principles in mind, a truly civilized platform would facilitate a multitude of communities with independent standards. It would allow any and all speech so long as it falls within the accepted standards of the micro community it was posted in. The smallest micro community is the individual. This means an individual should be free to post anything they want to those who want to listen to them and that no one has to listen.

That is exactly what we try to do with communities on hive. They still need some work to improve, and of course, tokenization which is coming soon.

I wrote an article response to this article here:

Congratulations on your decision to stay true to yourself. If you plan on playing an active part in HIVE's future development, know that you have my full support (and the same from a ton of other people as well, I'm sure). Please take a look at my most recent posts and advise if you would. I think I've laid out a very tight case for some extremely simple reform that could have significant impact on HIVE's trajectory and growth. The time is now. You're here today for the same reason I have written and disseminated my most recent posts. God I hope you're truly back. And say hello to your dad too. (I'd love to hear something on BEOS one of these days. 😉 ) https://hive.blog/@cryptographic/posts

Rule by force is the disease, who and how are symptoms.

Until we slay this rule by force most sacred cow, the status quo is what we get.
If you hit people with sticks, it won't matter to them if you call it The People's Stick.

If more people realized that none rule where none obey we wouldn't be having these issues.

If you haven't read this book, you might benefit from its perspective.

i have been censored here for over a year, you know how to contact me! seeya

It's too bad we still see your filth on the chain.

I would hardly call it censored.